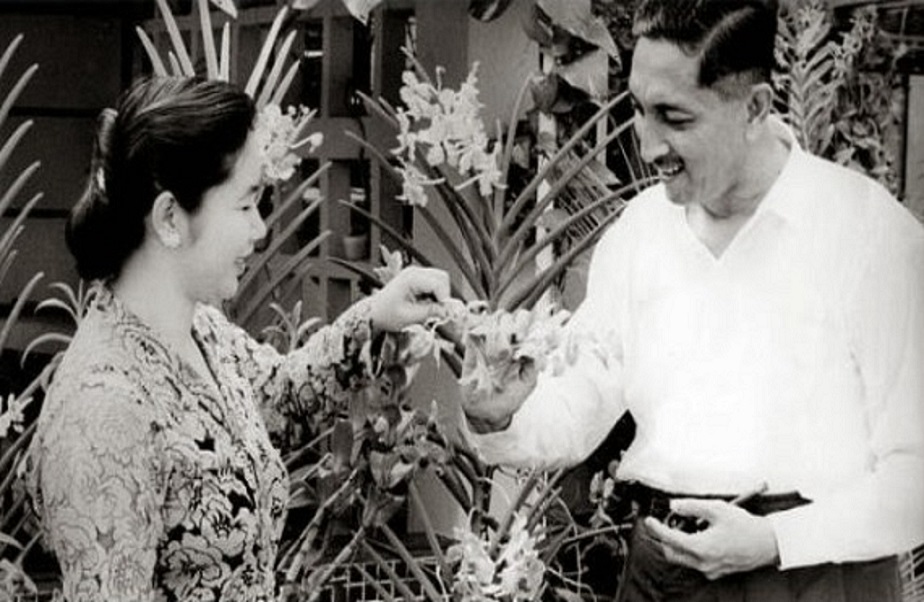 Puan Noor Aishah was just 26 when her husband Yusof Ishak was made Yang di-Pertuan Negara in 1959.

Her role as the spouse of Singapore’s head of state was completely uncharted waters.

Puan Noor Aishah was born in 1933, and adopted by Fatimah Ali and Mohammad Salim Jusoh, an Eurasian man originally known as Barney Perkins, who had converted to Islam.

They lived an unassuming life in Penang – until Puan Noor Aishah caught the eye of Mr Yusof. He was then 39, and finally ready to settle down after years of rebuffing matchmaking attempts to focus on his work at Utusan Melayu, the Malay-language newspaper he co-founded.

A close friend coaxed him into looking through photos of potential brides. The last photo was of Puan Noor Aishah.

Something about her face intrigued Mr Yusof, who told his friend: “This one, I agree.”

He was whisked away to Penang, where a first meeting was orchestrated. But, recalls Puan Noor Aishah, although her older sister had taken her to a garden one day to meet “a good man”, all she did was sit at a table sipping tea. She never saw Mr Yusof that day.

He and his friend were seated somewhere nearby so Mr Yusof could steal glances at her. But, it later turned out, he was too shy to take a good look.

Even so, he wanted to marry her. The couple had their first proper meeting two days later, on their wedding day.

He helped Puan Noor Aishah along in her quest to learn more, bringing home books for her to read, and arranging for a teacher to help his wife hone her sewing skills.

Their first home together was in a small kampung with no running water or electricity. One day, Mr Yusof, who loved growing orchids ,ended up quarrelling with a neighbour whose cow would wander into their compound, worried it would eat his beloved flowers.

But it was tumultuous times for Singapore, and Puan Noor Aishah and Mr Yusof’s lives too would soon be thrown into upheaval.

And so Puan Noor Aishah had to start a new life at the Istana with her husband and three children.

PM Lee in his speech noted how Puan Noor Aishah had insisted that they live simply so that their children’s lives could be as “normal” as possible.

Unaccustomed to the grandeur of the Istana, the family chose to live in a small bungalow on the grounds, which had previously been the official residence of the under-secretary of the Straits Settlement.

Mr Yusof called their new home Sri Melati, or Jasmine, and paid for the rent out of his own salary.

The upcoming election, which will be held in September, is reserved for Malay candidates. This means Singapore can expect its first Malay president since Mr Yusof.

PM Lee said: “I hope it will be a president who will bring as much distinction and honour to the office, and will be as well-loved and remembered by Singaporeans as Encik Yusof.”