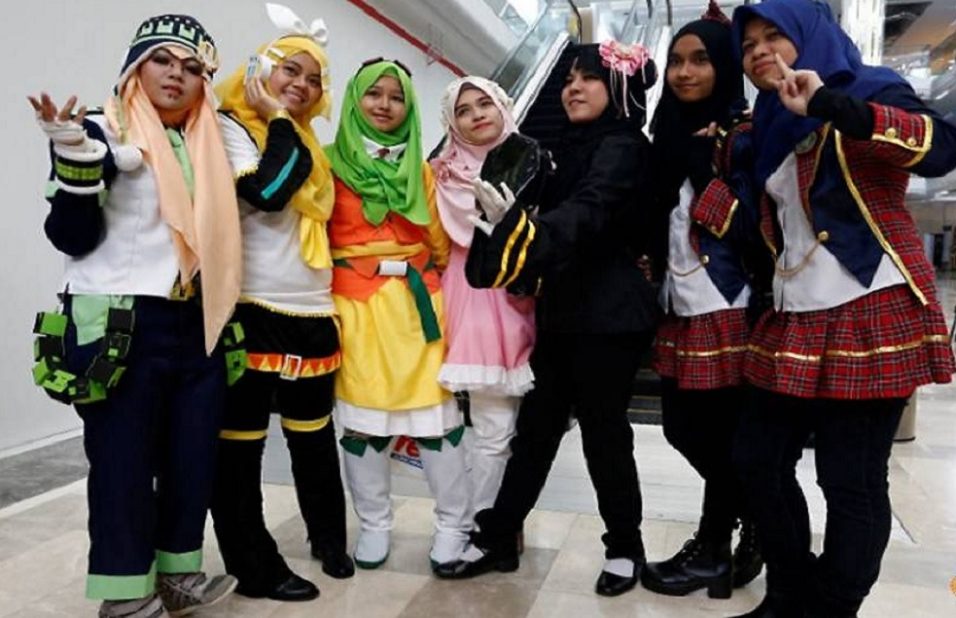 After donning a blue Cinderella dress, Sind Yanti carefully arranges her pale yellow “hijab”, or traditional headscarf, into folds that resemble hair. She is among a growing number of young Muslim women in Southeast Asia who are taking part in “hijab” costume play, finding creative ways to incorporate the head covering into colourful fantasy costumes. Yanti’s fashions are inspired by Disney and Japanese anime characters, with artful hijab designs that resemble wigs or hoods. She can express herself while preserving the Islamic requirement of modest dress for women, Yanti said. Her made-to-order designs cost between 250,000 rupiah (US$18.79) and 500,000 rupiah each. 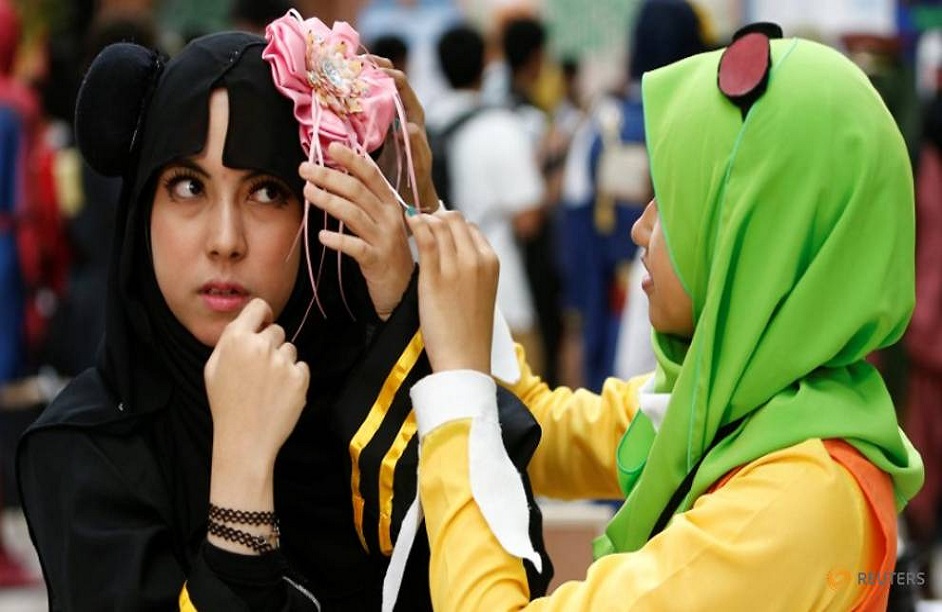 The fashion play is also popular in neighbouring Muslim-majority Malaysia, where young people dressed as superheroes, warriors and princesses flocked to a cosplay show in Kuala Lumpur, the capital. Among them was 20-year-old film student Nursyamimi Minhalia, who wore a black hijab cut to form a fringe with two buns on either side. She did not include the hijab when she began cosplaying in 2012, but was later inspired by others wearing the headscarf. 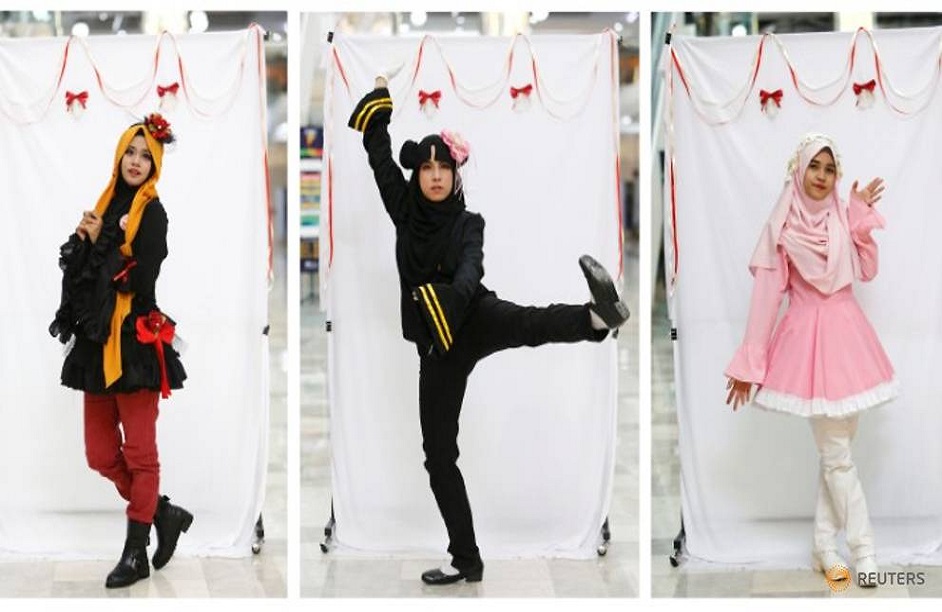 Costumed roleplay, which can feature revealing outfits and elaborate hair styles, has long been part of the fan culture linked to anime and comics. Hijab cosplay is a new phenomenon that appears to be growing in appeal among the wider Muslim community. Sharifah Maznah Syed Mohd, 48, whose son is an avid cosplayer, said the role-playing hobby was acceptable as long as participants stuck within religious boundaries. Yanti says hijab cosplay has helped her stay true to her faith even while enjoying the cosplay experience.