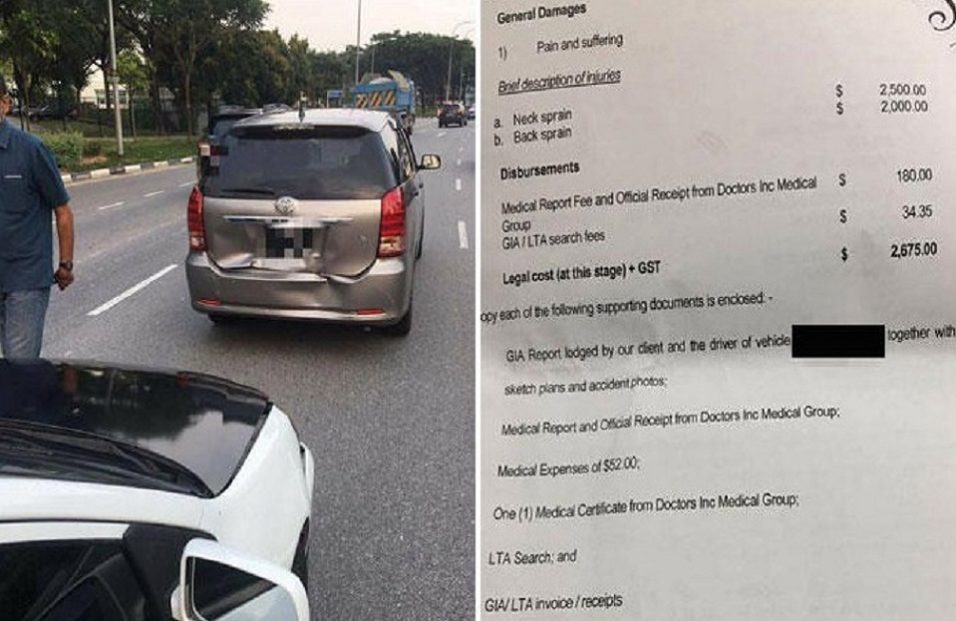 A driver who was involved in what he thought to be a minor accident was shocked when he received the other driver’s claim of almost $7,500 for medical bills and legal fees.

The man’s story was shared by a Facebook user in the Singapore Taxi Driver group today (Jul 24).

In the post, the man said that he had “accidentally kiss[ed]” the back of a Toyota Wish a few months ago.

He said that after the accident, the two motorists parked by the side of the road and established that “nothing so serious” had happened.

However, he recently received a letter informing him that the other driver was claiming close to $7,500 for injuries and legal fees, including a $2,500 claim for neck sprain and $2,000 for back sprain.

He claimed that he wanted to settle the matter privately but since the other driver wanted to claim insurance, he has no choice but to slowly pay the amount.

He added that fortunately, he only had to pay the excess fee at the car repair shop as the car he was driving was not seriously damaged.

He reminded all other drivers to “be safe and stay safe”.

From the post, it is believed that both motorists are Grab drivers.