Halimah Yacob’s Candidacy Will Raise Questions About Her Independence & “Malayness” 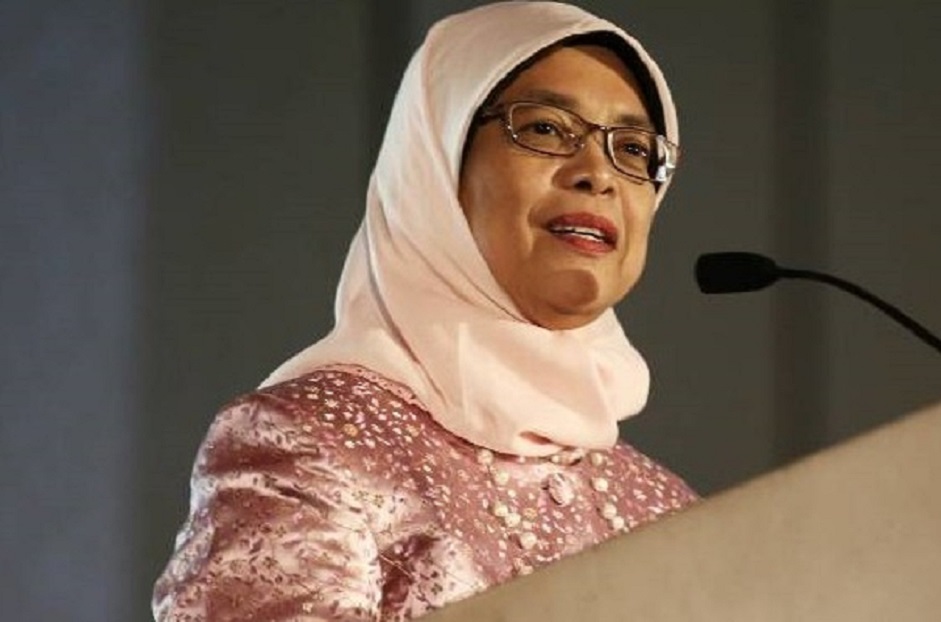 The Speaker of Parliament, Halimah Yacob, should not run for the elected presidency, even if she is by law qualified. There are several reasons why Mdm Halimah’s candidacy would not be in the best interests of Singapore.

But before we get into the specific arguments on this, let us recall what, fundamentally, the Elected President (EP) scheme was supposed to do.

It is, basically, to be a check on the government of the day. Although still largely ceremonial in its functions, the EP is also endowed with various specific powers designed to hold the government to account.

These powers include being the so-called second key to the nation’s financial reserves; having a say in the appointment of key members of statutory boards and public institutions; and the ability to instruct the CPIB to carry out investigations.

The EP, it is to be noted, is advised by the Council of Presidential Advisers (CPA), whose members are experienced in various fields and industries.

Mdm Halimah, as the Speaker of Parliament, qualifies under the Presidential Election Act to contest the elected presidency, even though she has little financial experience. This, some have pointed out, does not put her in good stead to oversee the financial reserves, which run into the hundreds of billions, and how the government spends these, which in itself is a complex matter.

Although Mdm Halimah has some experience in handling public funds in her roles as a Member of Parliament for her constituency, and as a Minister of State previously, the elected presidency is an entirely different ball game altogether.

Would she be able to understand the complexities of how the reserves are used and spent?

The second reason why Mdm Halimah should not throw her hat into the ring in September is that even today, 28 July, she is still undecided if she would run in the elections which will take place in less than 2 months.

One would have thought that anyone who is serious about taking on the highest office in the land would have given it much thought over an extended period of time, and would have already made up her or his mind at this point.

And for someone who is a member of a political party, she would also be expected to resign from her party post and membership, so that there is some distance between her resignation from the party and her candidacy in the election.

Remember that the EP is supposed to be politically neutral, and to stand above party and partisan politics.

If Mdm Halimah decides to run for election, she would have to resign from the People’s Action Party (PAP) in very short notice, and almost immediately submit her name for the September contest.

Former PAP MP Inderjit Singh was also apparently concerned about this, and wrote about this on his Facebook page on Friday:

“While the constitution is open about having a current sitting government politician standing for the PE, some Singaporeans have expressed concerns on the prospects of a current government MP, still in parliament, resigning as an MP and immediately standing for the PE. The spirit of the Elected President is independence of office as intended by Mr Lee Kuan Yew when the idea was mooted. While I have no question about how each person will do his or her duty to serve the office they are elected to serve, public perception is also important. While Mr Ong Teng Cheong also did the same in 1993, I sense people are increasingly uncomfortable with this.”

Given that Mdm Halimah has also been a PAP MP since 2001, it is questionable if she will be able to fulfill the independent role required of an EP.

Can you suddenly resign from a party you have been with for decades and then claim to be independent of it, overnight? One may perhaps be able to do so technically, but it is not unreasonable to expect that emotionally and personally, this may not be the case.

If, as would be expected, the PAP or its ministers, or any government-affiliated organisation (such as the NTUC), come out to endorse Mdm Halimah, it would further raise doubts about how independent she would be, if she needed the support of government ministers and organisations. Would she be able to be a check on them if she becomes the EP?

The third reason why Mdm Halimah should not opt to run is that there have been questions raised about her “Malayness” to be a candidate in a Reserved Election for the Malay community.

The significance of this first Reserved Election to elect a Malay president can not be understated. All candidates must be accepted as Malay, otherwise the office of the President loses its credibility and respect from the community and from Singaporeans in general.

Questions about Mdm Halimah’s race were raised because her late father was an Indian-Muslim. Does that not make her an Indian and thus disqualified to run?

While the law may in fact be on her side (for it gives the Community Committee the discretion to accept a candidate’s declaration of his or her race), there is also another pertinent question, as Inderjit Singh pointed out:

“The concept of “Malayness” has also become a debatable issue. Questions about how Mendaki and SINDA classify who is a Malay and who is an Indian do not seem to be aligned with how a Malay or an Indian is defined for the purposes of a GE or a PE. For now, it is critical that the leaders of the Malay community and the government come out and make this position clear and hopefully this position will apply to all aspects of life in Singapore. I hope this can be resolved before the formal process of PE 2017 starts.”

It is doubtful that such an intensely controversial issue would be resolved in a matter of weeks (before the election takes place). One suspects there will be even more debates, and perhaps even court challenges filed with regard to this.

What is “Malay” and who is a Malay are now important questions given that different Government organisations have defined it differently, as some have pointed out.

As president, the person must not be seen to have been treated differently from other ordinary Malays in society.

It it thus of paramount importance that the question of what makes a “Malay”, in law, be set out clearly, and that the presidential candidates be held to these same standards and definitions.

And lastly, Mdm Halimah’s candidacy would leave her residents in Marsiling-Yew Tee without a minority-race MP to represent them. This would be an affront to the very idea of the Group Representation Constituency (GRC) system. Her Malay residents would be left without someone whom they could look to for help.

Minister Chan Chun Sing has indicated that the Government will not call a by-election to elect a set of new MPs for Marsiling-Yew Tee if Mdm Halimah should leave to contest the presidential election.

With all of the above unresolved issues and questions surrounding Mdm Halimah, it would be best if she does not contest the September polls. If she does contest and wins, it will leave the elected presidency opened to all sorts of criticisms.

And for an institution which is supposed to be a symbol of unity for all Singaporeans, that would be most regrettable indeed.