Hero Mother Went Into Burning Flat To Save Daughter, Would Rather Sacrifice Own Life Than Watch Children Die

Rilek1Corner > Singapuraku > Hero Mother Went Into Burning Flat To Save Daughter, Would Rather Sacrifice Own Life Than Watch Children Die 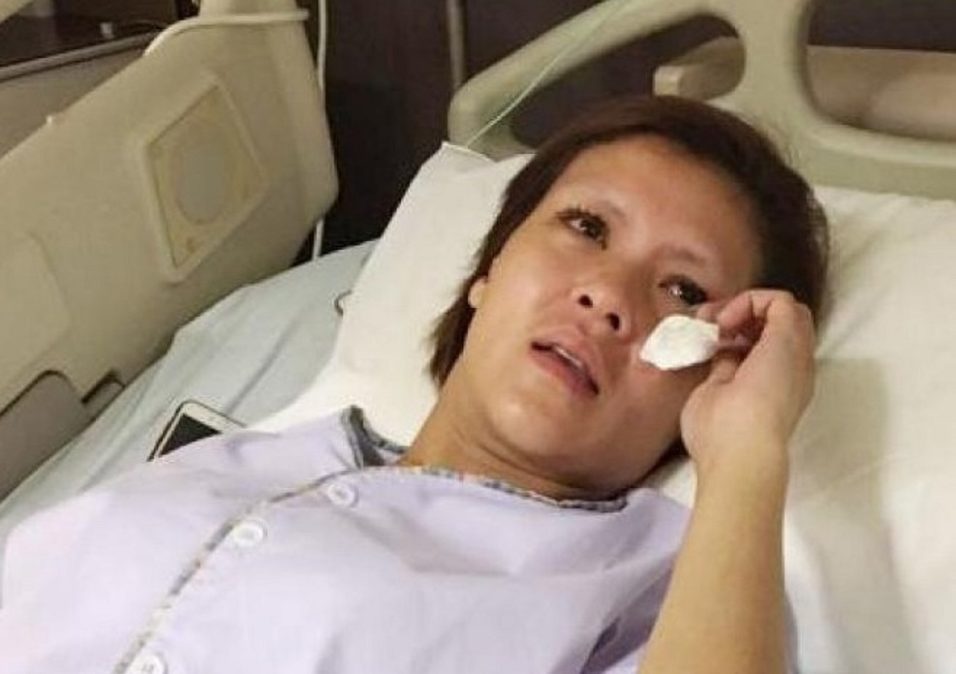 The flat was ablaze, with thick smoke everywhere, and her neighbours persuaded her not to enter.

Madam Cynthia Liew, 35, still rushed in to save her four-year-old daughter during Saturday evening’s fire.

She had to use her sense of touch to manoeuvre for five minutes in the three-room flat before she found the little girl in the bedroom.

The girl was calm and expressionless, and Madam Liew carried her out to safety. Both suffered smoke inhalation. The New Paper had reported yesterday about the fire in the 11th storey flat in Block 4, Haig Road.

Madam Liew is now warded at Tan Tock Seng Hospital, while her daughter and son are warded at KK Women’s and Children’s Hospital.

She told The New Paper: “My children are so young, I would rather perish than let them die.

“But they were braver and calmer than me, they did not make noise and kept quiet throughout.”

The housewife, whose partner is currently in remand, said the fire started from the kitchen, and she suspects it was the washing machine socket that caused it. Madam Liew is extremely thankful for her neighbours’ help.

“I was coughing and even fainted when I got out of the house, but thankfully, my neighbours and the police were there to assist me and my children.”

Her neighbours found her five-year-old son crying at the door and they prised the gate open so that he could crawl through.

About 50 residents from the block were evacuated furing the fire.

“There isn’t any electricity now and all my electrical appliances such as my fridge and washing machine are not working. But I have to stay here to take care of it because it is my home.”C

But Madam Liew is worried as he is old and there is no one at home to look after him. “I hope he can move out until the flat is safe to live in.”