Second Armed Robbery Case In Two Days Took Place At A Western Union Branch; Made Off With More Than $2,000

Rilek1Corner > Singapuraku > Second Armed Robbery Case In Two Days Took Place At A Western Union Branch; Made Off With More Than $2,000 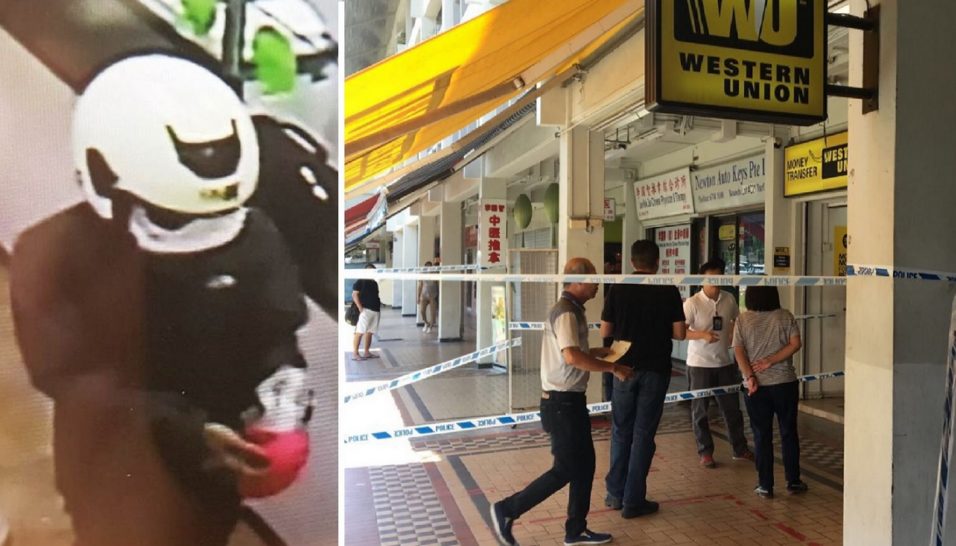 In the second armed robbery case in two days, a man wielding a knife made off with more than S$2,000 from a Western Union branch at Ubi Avenue 1 on Tuesday (Aug 1).

Police said that no one was injured in the incident. The robber had forced an employee to hand over the cash before he fled on foot.

The police first posted on Facebook that it was responding to an incident at 301 Ubi Avenue 1 at 11.19am, and confirmed around 35 minutes later that an armed robbery had taken place.

The suspect was wearing a white helmet, black jacket and dark-coloured long pants, said the police. Investigations are ongoing.

Staff in two shops near the Western Union branch said they heard a loud scream at around 10am, but did not see the suspect.

A man who identified himself as the landlord of the shop space rented by Western Union also said he had spoken to the staff involved in the robbery, but declined to give further details.

“(The staff) was shouting something like ‘Help me’ … definitely she’s scared,” said the man, who only wanted to be known as Mr Liu.

Anyone with information can call the Police hotline at 1800-255-0000 or submit information online at www.police.gov.sg/iwitness.

Tuesday’s incident at Ubi came after another alleged armed robbery case at a Shell petrol station in Bukit Timah on Monday. A 48-year-old Singaporean man allegedly forced an employee at the petrol station to hand over more than S$1,100 in cash at knifepoint before fleeing on a scooter.

He was arrested about four hours later along Jurong East Street 21. Nearly S$500 and bank receipts were found on him.

Police said the suspect will be charged in court on Wednesday with armed robbery. If convicted, he faces imprisonment for a term of not less than two years and not more than 10 years, and shall also be punished with caning with not less than 12 strokes.