The Singapore Police Force are doing their work and are trying to apprehend the latest armed robber who took off with more than $2000 from a Western Union branch in Ubi.

It was a surprise indeed when the country was hit with two cases of armed robbery in a short span of two days. As soon as the news broke, people have been talking about it specially about the second case where the photo of the robber was captured on cctv.

On facebook, there were some people who apparently had more free time to say stupid things. When one person say something stupid, many others appeared to join in the fun.

But are they even thinking clearly? Shooting their mouths off so naturally as if they don’t use their brains. Bodoh siol.

They expecting police to apprehend offenders before they commit a crime ah? They think police officers same as fortune tellers? Can predict where crimes are going to happen?

And when the photo of the armed robber wearing a white full face helmet and a black jacket was sent to the public in a bid to appeal for information, some say no point. So if only got that photo, what do you want the police to do? Exchange it with a more casual one where the culprit smiling and doing a cute pose?

Hard to please? Even Straits Times replied to say that every little detail helps. 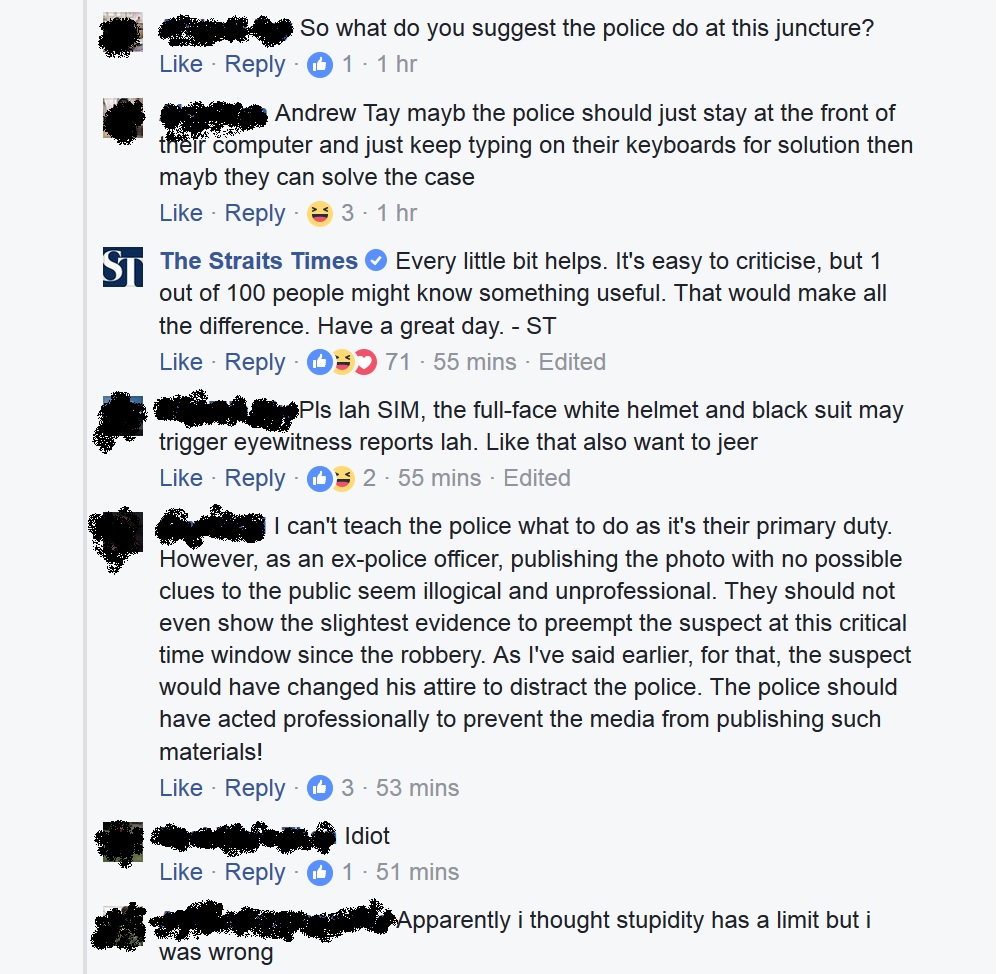