Suspicious Man And His China Gang Loitering Outside House, Even Took Photo Of Unit Number 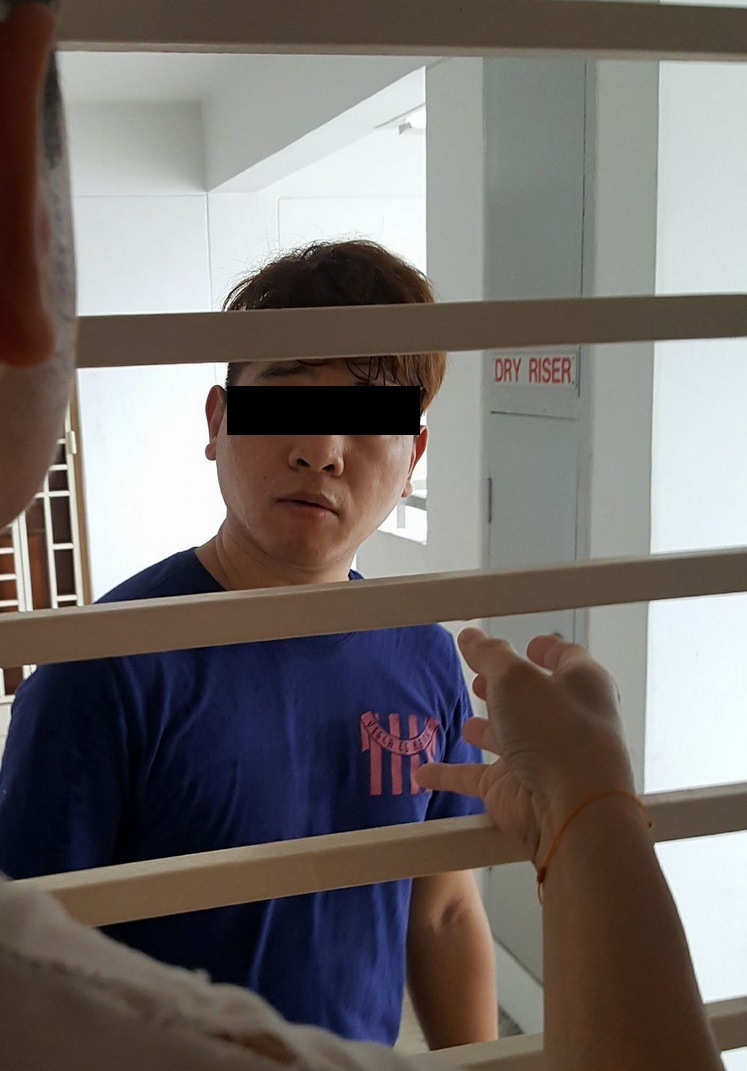 Beware of this man, he and his china gang has been loitering around my area for a few days or maybe longer.

Few days ago, i opened my door and was shocked to see a medium built china man suddenly infront of my gate. I panicked and couldn’t locked my gate. He don’t seems to want to walk away, so i have to confront him to buy myself some time to lock up the gate. Abit taken aback when questioned, told me his friend stay here but perhaps wrong unit.

Same day at 1.30am, someone rang my doorbell and as he was looking down all the time, I couldnt see his face thru the door hole. Asked hub to check him out. He stood there for quite awhile and he contl with the door bell. The hub managed to see his face and asked what he wants and he ran away.

To my surprised, he returned the next morning around the same time at 1.30am. My dear sister who stay opposite my block found out and inform us. This aroused my suspicion and, thus, make me filed a police report.

Yesterday (Sun morning at 10am), the hub heard footsteps at the door and he went to peep. What shocked him was he saw this man taking a picture of my unit no. He opened the door and confronted him. He kept avoiding the question and kept saying his friend stay here and probably it was a wrong unit. Same excuses given by the other man I saw days ago. The hub questioned him and asked him to show what he has taken. He accidentally show his we chat group on his phone with my unit pic in it and their conversations.
At this time, I took the risk to take a photo of him and he scurried away.

When his photo was exposed, my daughter and elder son recalled that they chanced upon him few times within the premises. Son said 2 days ago, he was in the same lift with him and he was holding a carton box.

Again I make a police report, this time with his photo as evidence and I hope the policeman wouldn’t disapoint us again.

I plead with all my friends here to be vigilant of things happening around us and look out for this criminal gang.

*My dear pal, please feel free to share.
You know who you are and many many thanks for your concern