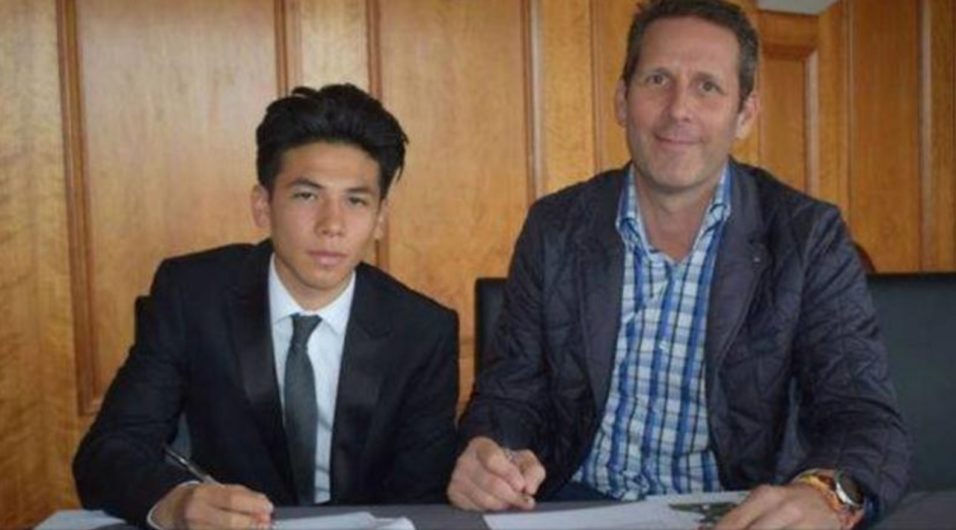 Davis has been made rapid progress since signing with second-tier Fulham on a two-year scholarship in July, getting involved in a few pre-season friendlies for their academy and scoring two goals in the process.

Fulham’s academy is rated as one of the 24 Category One academies in England and compete in the Premier League Under-18 South League along with other London clubs like Arsenal, Chelsea, Tottenham Hotspur and West Ham United.

While it may be exciting times for Davis, a shadow looms large over his development as he is expected to serve National Service (NS) for two years between the age of 18 to 21.

The midfielder flew back to Singapore specially to undergo his pre-NS enlistment medical check-up on Monday afternoon before returning to England on the same night.

With that process completed, Davis will be now able to apply for NS deferment.

FourFourTwo understands that the Football Association of Singapore will render help for his application, where it will be assessed by Sport Singapore (SportSG) and the Ministry of Culture, Community and Youth (MCCY) before reaching the Ministry of Defence (MINDEF).

It looks like a long road ahead as no Singapore footballer has ever been able to defer NS, however talented they might be.

Nonetheless Davis’ father, Harvey Davis hopes that a precedent can be set for his talented son so that his career does not get disrupted at this crucial juncture.

“Ben’s now at the stage and level where he can go on to achieve his dream, hopefully the authorities can set in place some procedure or criteria for football or team (for NS deferment),” said Harvey, who is the managing director for JSSL Singapore.

“I hope that Ben’s case will be the right case to push it forward. We’re keeping our hopes up and are remaining positive for Ben’s application, because we have faith that the system will eventually come through for our talented sportsmen and women.”

As for Davis himself, he is trying to put all those distractions and uncertainties aside as he focuses his effort on flying the Singapore flag high in England.

“It was difficult at the start for me, but I got used to it and improved a lot in a short time,” said the 16-year-old, who turns 17 in November. “It’s quite different how they use physicality to win the ball and that takes some getting used to. I’m spending more time at the gym to build muscles.

“The training’s much more intense in Fulham as compared to Singapore (in the Sports School). I want to improve further, maybe by shooting more, scoring more goals and taking more risks.

“No one looks down on me just because I’m Singaporean, but I’m really motivated to be better than the people in my age group because I know they won’t slow down. The goal for me now is to earn a pro contract for next season.

“In five years’ time, I hope to be representing Singapore and playing in one of the English Championship clubs, or in the Under-23 teams of the Premier League clubs.”