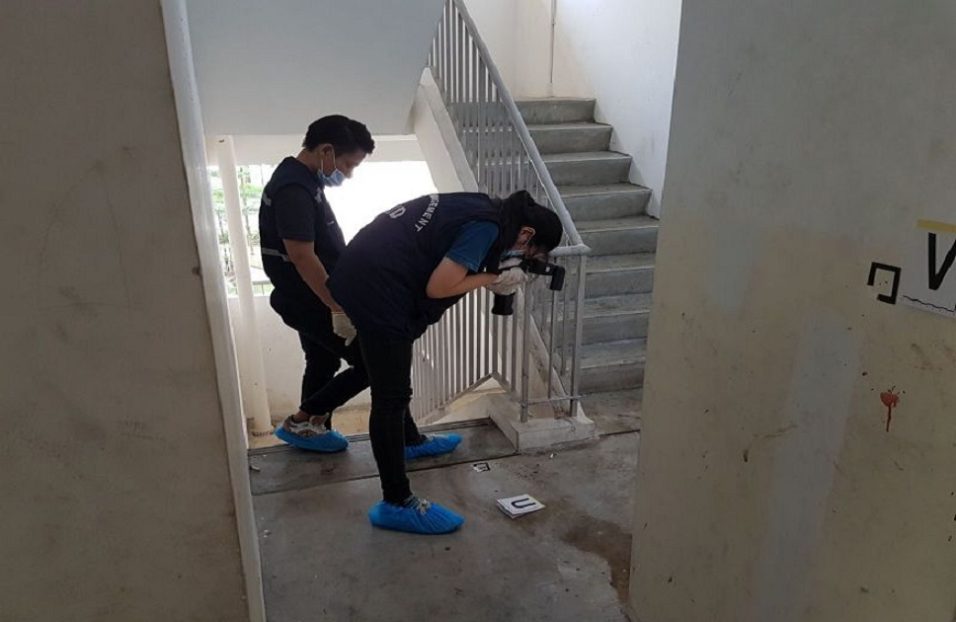 A woman claiming to be the girlfriend of the man found dead at Teck Whye Crescent on Wednesday morning (16 August) said that the deceased had a conflict with his housemate, whom she saw in police custody. The body of Mohammad Roslan Zaini, 35, was discovered on the pavement near Block 165A Teck Whye Crescent. He was discovered with stab wounds in his chest.

The woman, who identified herself as Azlin, rushed to the scene after receiving a call from Roslan’s friend, who told her that he was “motionless” on the ground. Having arrived at his flat on the fourth floor of Block 165A, she was told by another friend that he had died. “I understand that Roslan had a conflict with his housemate Rosli. I saw the housemate in custody in the police car,” said Azlin, who had been dating the deceased since May. Azlin told reporters that Roslan and Rosli rented the flat together and that the last time she had seen the deceased was two days ago. She refused to comment further on the matter. One of the block’s residents said she had heard a commotion going on at 3am. “I was asleep and I heard arguing. I got up and that was when I heard the sound of people running down the staircase followed by more shouting,” said the woman, who gave her name only as Hawa.

According to police, a 48-year-old suspect was arrested in connection with the case, which has been classified as murder. Police received a call requesting assistance at about 4.42am and upon arrival, a 35-year-old man was found lying motionless at the roadside. He was pronounced dead at the scene at 4.55am. Officers from Criminal Investigation Department and Jurong Police Division arrested the suspect at 10.15am. Preliminary investigations revealed that the incident is believed to have arisen from a dispute between the victim and the suspect, who are understood to be housemates. Investigations are ongoing.