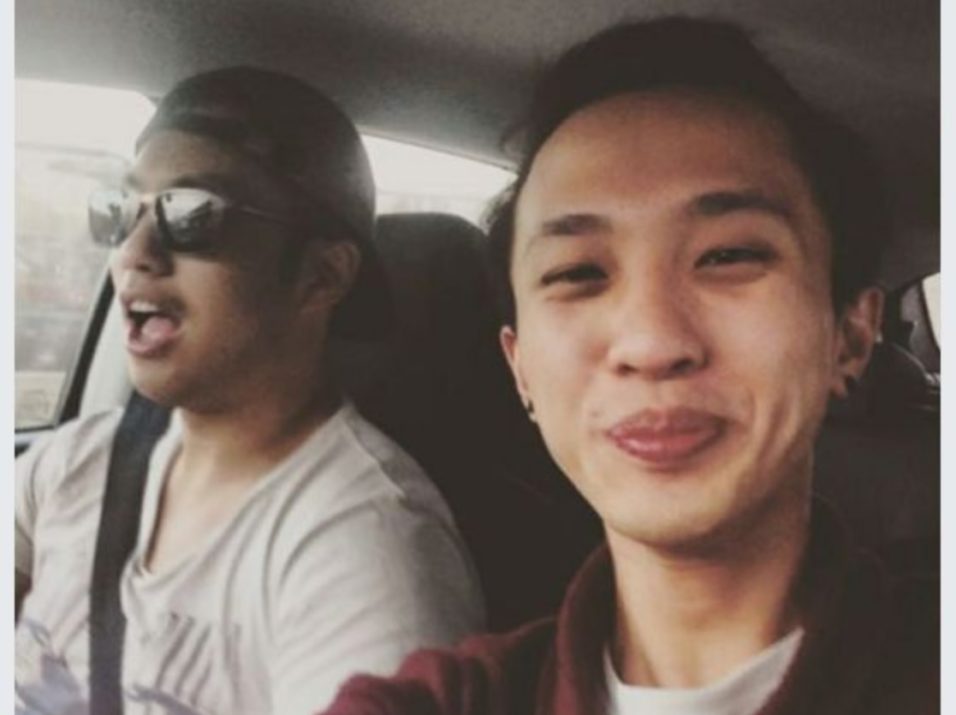 The Johor traffic police chief said on Thursday (Aug 31) that “action will be taken” against the driver who allegedly knocked down two 25-year-old Singaporeans in Johor Baru.

Undergraduate Justinian Tan was killed, while his friend Brandon Yeo broke a bone in his thigh, in the Aug 25 accident. The duo and four other friends had driven across the Causeway for supper.

The victims’ friends had said earlier that the Johor police had told them that the driver was not arrested even though he had turned himself in.

In a telephone interview with TODAY, Superintendent Dzulkhairi Mukhtar said the driver involved in the accident “will be arrested”.

Tan, a student at Kaplan Singapore, was pronounced brain dead at Singapore General Hospital (SGH) on Monday, and taken off life support early on Wednesday.

At about 3am on Aug 25, the six friends, all from the same St Gabriel’s Primary School batch, were about to enter their car parked at Jalan Dato Abdullah Tahir — about a 15-minute drive from the Johor Baru customs complex — when another car swerved towards them, hitting Tan and Mr Yeo.

Mr Yeo, an insurance agent, broke his femur, but has since been discharged from hospital.

Mr Joshua De Rozario, a member of the group, said the errant car’s brake lights were not even on, and it “kept going straight” at them.

“Justinian flew about 15 to 20 metres (and started) choking and moving frantically with blood in his mouth,” said the 25-year-old medical imaging student, who tried to remove the blood and saliva from his friend’s mouth.

The driver then drove off instead of helping them, the friends said. The rest of them were not injured. The police and ambulance arrived about 30 minutes later. By then, about 100 people had gathered along the street.

The police then told the four friends to “clean up the blood”, Mr De Rozario said, adding that the area was not cordoned off.

FROM JB HOSPITAL TO SGH

When the victims arrived at Johor’s Sultanah Aminah Hospital, Mr De Rozario said they were asked to pay RM2,700 (S$860) first before the medical crew would conduct scans on the two men. The friends were told of the duo’s prognosis about four hours later.

The hospital then requested another RM1,350, as Tan needed an operation because he had severe bleeding and a blood clot in the left side of his brain.

His parents, who had arrived at the hospital by then, were told their son had a “50-50 chance of survival”.

However, when they were told that the brain operation would be conducted by a “medical officer” instead of a surgeon, the family asked for Mr Tan to be transferred to SGH, said Ms Jaslene Tan, 29, one of his three siblings.

Sultanah Aminah Hospital could not be reached for comment.

The family also sought help from the Singapore Consulate-General in Johor Baru for the cross-border hospital transfer, and it arranged for a Malaysia-operated private ambulance.

Ms Tan said the ambulance ride back to Singapore took an hour and 15 minutes. The ambulance personnel told the family that they could not use the ambulance siren as they might be issued with a traffic summon.

By the time Mr Tan was admitted to SGH, it had been almost 10 hours since the accident. Doctors at the hospital said that too long a time had passed, and “Justinian’s injuries were too severe”, said Mr De Rozario.

The incident is now treated as a coroner’s case in Johor, said Mr De Rozairo, who filed a police report on Tuesday upon hearing that the car had been identified.

“The matter is currently in the magistrate’s hands,” he said.

Several lawyers told TODAY that accident procedures are handled differently in Malaysia. Mr Peter Ong, director of Templars Law LLC in Singapore, said in a hit-and-run case, the Malaysian police would typically “find the plate number and go to the (driver’s) house” to complete a report.

“They might not arrest on the spot, but they may charge the person when investigations reveal (more) later … (It’s not unfair in the sense that) they are still investigating the incident. It is not letting him (the driver involved in an accident) off,” said Mr Ong, a Malaysian who used to practise law in his country.

“But in Singapore, they would arrest first, then (the driver) would be let out on bail.”

Mr Richard Tan, from Johor-based P L Tan & Tan, said that while the “prudent thing” to do is to make an arrest, detain the vehicle and make sure “no evidence is tampered with”, a lot of these procedures are carried out at the discretion of the police.

The police might have felt that it was not necessary to make an arrest “if the person cooperated and said what exactly happened, (and) it was consistent with what the witnesses saw”. “The only explanation he has to give is why he sped off,” said Mr Tan.

One common explanation that drivers often give is that they “are fearful because they might get bashed up for being negligent”, he added.

Mr Ong said there is a mentality among some Malaysian drivers that if they knock somebody down, it would be better to drive away in case bystanders turn on them and attack them.

Under Singapore laws, motorists who are involved in an accident in which a person or animal is injured, or where another vehicle or structure is damaged, will have to stop their vehicles. They must also provide the necessary assistance.