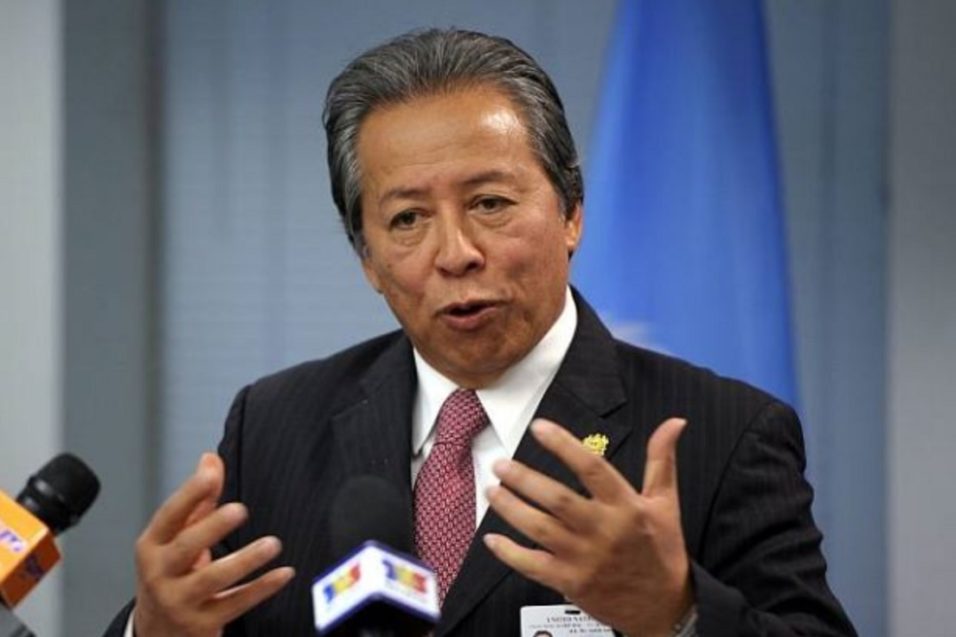 Asean is no longer able to handle the issue of Rohingya persecution in Myanmar, said Malaysian Foreign Minister Anifah Aman.

“I think Asean can no longer handle this issue. Within Asean, I have given up hope. We had seven meetings, and Malaysia had expressed our concerns to Myanmar and they (Myanmar) promised to address the concern.

“Until today, nothing has been done. Therefore, Malaysia may raise it at other levels, like the United Nations and OIC (Organisation of Islamic Cooperation),” he said on Wednesday when asked to comment if Malaysia would bring up the issue of the continuing violence against the Rohingya at this month’s United Nations General Assembly.

The Foreign Ministry on Tuesday summoned Myanmar envoy U Sein Oo to express Malaysia’s displeasure over the latest violence in Rakhine state. In a statement that day, Mr Anifah was quoted as saying that Malaysia was gravely concerned over the “sustained violence and discrimination” against the Rohingya in Myanmar.

Some 164,000 mostly Rohingya refugees have now crossed into Bangladesh in the last fortnight to escape fighting between militants and Myanmar’s military, the United Nations said yesterday.

The latest data means more than a quarter of a million Rohingya Muslims have fled Myanmar since fighting first broke out last October.

Those flocking into Bangladesh have brought with them harrowing testimony of murder, rape and widespread arson at the hands of Myanmar’s army. Myanmar’s government, led by Nobel Peace Prize laureate Aung San Suu Kyi, has, however, rejected allegations of atrocities, accusing the international media, non-governmental organisations and the UN of fabrications.

Ms Suu Kyi on Wednesday blamed “terrorists” for “a huge iceberg of misinformation” on the strife in the north-western state of Rakhine but made no mention of the Rohingya who have fled. Yesterday, she repeated that her government was doing its best to protect everyone in Rakhine.