Confirmed That Malay Race Is Essentially Muslim, All Indian Muslims Are Malays But Christian Malays Are Not Malays

Rilek1Corner > Singapuraku > Confirmed That Malay Race Is Essentially Muslim, All Indian Muslims Are Malays But Christian Malays Are Not Malays 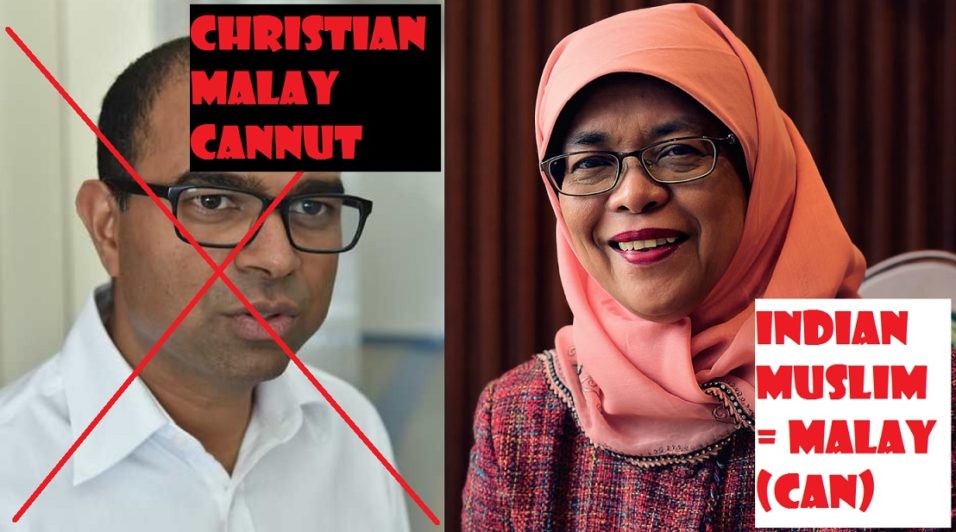 At the Institute of Policy forum yesterday (Sep 8), Minister of State Chan Chun Sing and Senior Minister of State Janil Puthucheary both confirmed that the Malay race is essentially Muslim and that all Indian Muslims are Malays, and Christian Malays are not Malays.

Senior Minister Janil Puthucheary told Dr Mathew Mathews that he might be a Malay but he will be denied the contest because he is Christian. The Minister then tell the Christian Malay to contest in an “open” election:

“If the Malay community changes its aspirations and its sense of what makes a Malay five years from now, there should be a way to reflect that in the choice of candidate, without us having to go for a potentially very divisive Constitutional amendment. The hypothetical individual mentioned by Dr Mathew could feel excluded, but the individual could still contest in an open election.”

NUS law professor Dr Kevin Tan confirmed that the government having the final call on what race a person is is unconstitutional:

“That the decisions of the Community Committee— which also assesses minority candidates under the Group Representation Constituency system in General Elections — are final, is also a problem. That is probably unconstitutional… The basic fundamental principle about the separation of powers is that if the court has to interpret the constitution, no branch of the Government can tell the court what to do.”