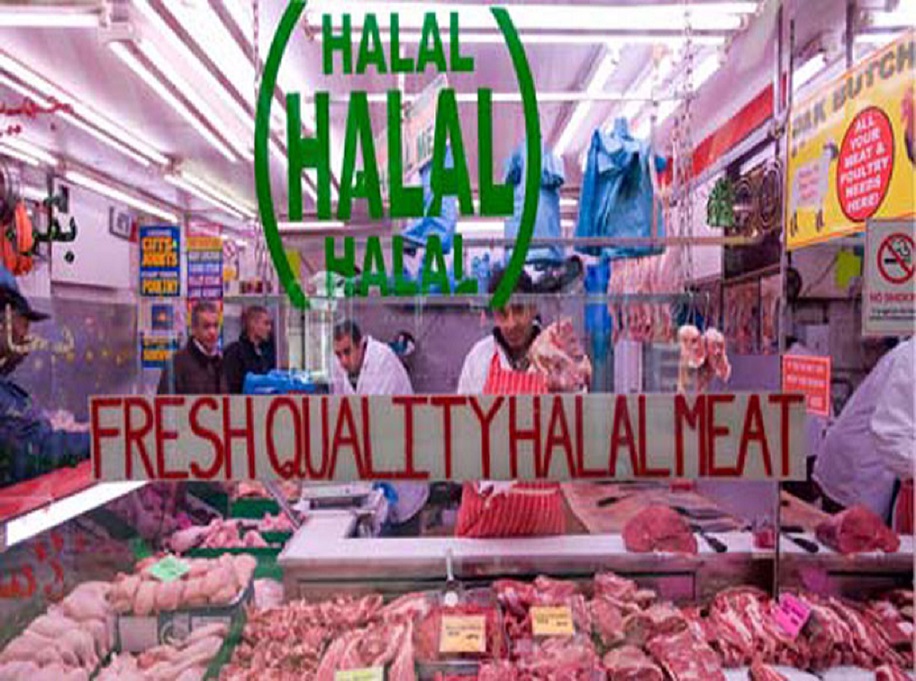 To understand the Shariah ruling with regards to machine-slaughter, one must remember that, for an animal to be considered Islamically lawful (halal), there are basically three conditions.

It should be also remembered here that all these conditions are necessary individually and separately. Failure to fulfil them will render the animal unlawful. 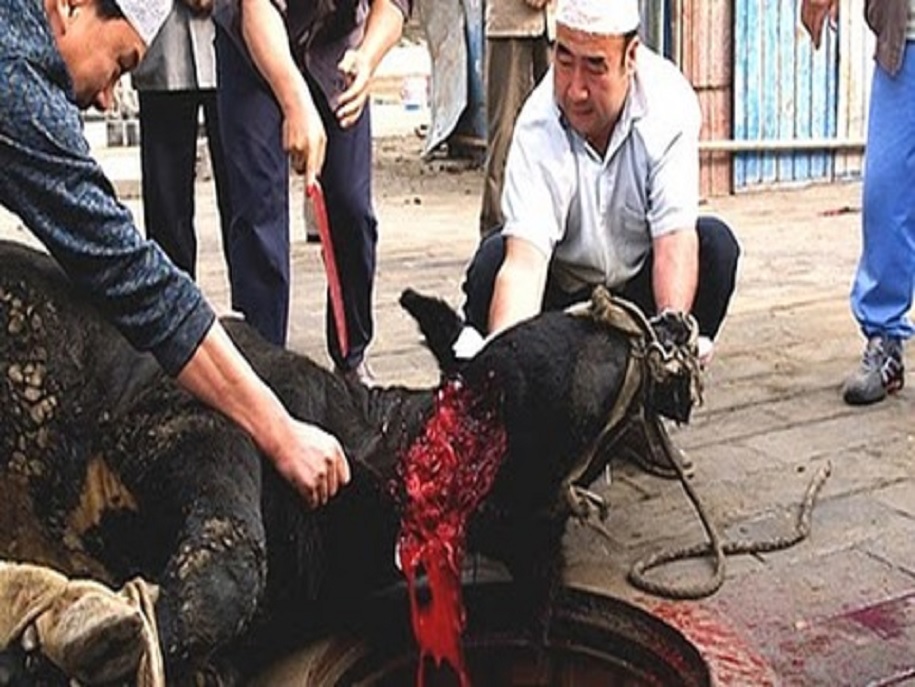 Having understood the importance of pronouncing the name of Allah (tasmiyah) at the time of slaughtering animals, we once again return to our discussion on machine-slaughter. There are few points that need to be taken into consideration here:

Firstly, the machines have a blade that keeps rotating like a rotating hand mill or grinder. This blade is quite sharp and moves very rapidly, and the necks of the chickens and birds (that are hanged upside down) pass on it with the veins being instantly cut. If that is the case, then there is nothing wrong (in this issue) from a Shariah perspective. If the blade was so sharp that it was to totally cut off and separate the head of the bird from the rest of its body, then despite this act being disliked (makruh), the animal would remain lawful (halal).

It is stated in the famous Hanafi fiqh work, al-Hidaya: “If one reached the spinal marrow (nukha’) with the knife or cut off the whole head, the act will be Makruh, although it will be permissible to consume from the animal.” (al-Marghinani, al-Hidaya, 2/438). However, at times it is possible that the bird moves due to some reason when passing by the blade, thus the neck and veins may not be completely cut or may be cut but only slightly leaving doubt whether the veins that must be cut in order for the animal to be lawful have been cut or otherwise. If that is the case, then the animal would be unlawful. Therefore, one needs to be assured whether the veins of all the birds and chickens are slit in a proper manner. If this cannot be assured, then it would not be permissible to use these machines or one must use something that guarantees the cutting of veins properly.

The second (and fundamental) issue here is of pronouncing the name of Allah Most High (tasmiyah). There are few scenarios:
As you may be aware that the machine does not slaughter all the birds at once, rather the birds are slaughtered one after the other. Thus, if a Muslim was to pronounce the name of Allah and switch on the machine, then the first bird that is slaughtered may be Halal but the rest would remain unlawful, for it is a condition that each animal individually has the name of Allah pronounced over it. Yes, if some animals or birds were slaughtered simultaneously, then one pronouncement would be sufficient. The verse of the Qur’an quoted earlier where Allah Most High says: “Eat not of (meats/animals) over which Allah’s name has not been pronounced. That would be sinful (fisq)” indicates that each animal separately must have the name of Allah pronounced over it. 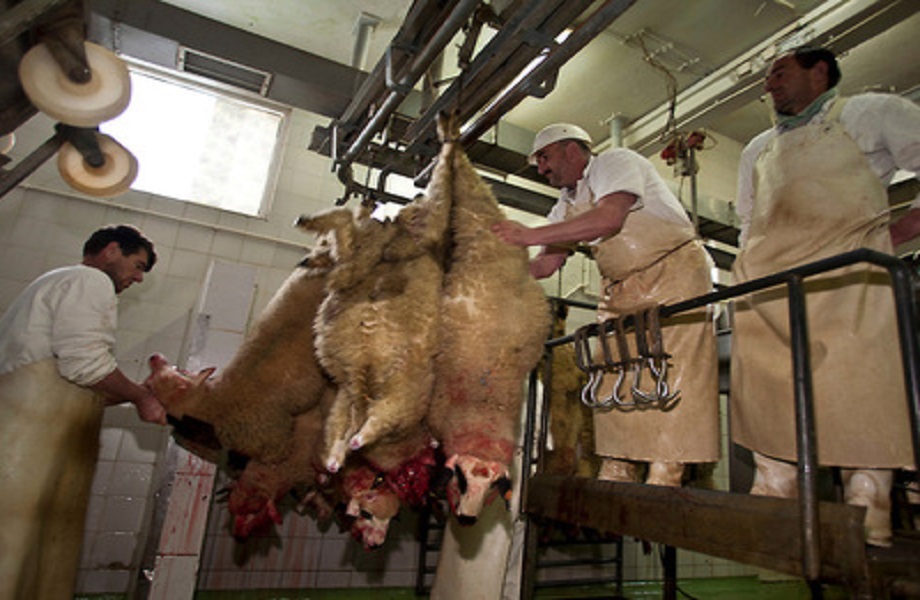 Imam al-Haskafi (Allah have mercy on him) states:
“The condition (for an animal to be Halal) is that the animal is slaughtered straight after the pronouncement of Allah’s name (tasmiyah) before one begins doing something else (tabaddul al-majlis). So much so that if a person laid down two sheep, one over the other, and slaughtered them simultaneously with pronouncing the name of Allah once, then they will both be Halal, contrary to the situation where one slaughters them one after the other (m, in that only the first will be Halal). The reason behind this is that the repetition of the act (m, meaning the act of slaughtering) necessitates repetition of Tasmiyah.” (See: Radd al-Muhtar ala al- Durr al-Mukhtar, 6/402). The same has also been mentioned in the other fiqh schools. See for the Hanbali school: Ibn Qudama, al-Mugni (11/33), and for the Maliki school: Muwaq al-Maliki, al-Taj wal Iklil (3/219).

Moreover, the jurists (fuqaha) have mentioned that the animal must be slaughtered straight after the pronouncement of the name of Allah without having a considerable delay. Imam al-Haskafi (Allah have mercy on him) states: “If the slaughterer pronounces the name of Allah then engages in eating or drinking something, and then slaughters the animal, in such a case, if the period was considerably lengthy, it will be unlawful to consume the meat. However, if the period was not that long, it would be Halal. And “being long” is what an onlooker would regard it to be a considerable time.” (Durr al-Mukhtar with Radd, 6/302)

Ibn Qudama, the great Hanbali jurist, states: “If a person laid down the sheep in order to slaughter it and pronounced the name of Allah, thereafter put the knife down and picked up another knife or replied to a greeting (salam) or spoke to someone, etc, and then slaughtered the animal, it will be Halal to consume it. The reason being is that he recited the Tasmiyah for that particular animal without separating the Tasmiyah and slaughter with a considerable time. Thus, it is as though he did not speak.” (al-Mugni, 11/33)

In conclusion, the majority of the jurists (fuqaha) have stipulated that the pronouncement of Allah’s name (tasmiyah) must be on each and every individual animal, and that there should not be a major separation between the Tasmiyah and slaughter. As such, pronouncing the name of Allah Most High when switching the machine on will not render all the chickens to be lawful (halal). The reason being is that the one who pronounced the name of Allah the first time did not pronounce it on each individual animal, and secondly, there is a separation of hours or even a whole day (in some cases) between the pronouncement and the slaughter of thousands of chickens, both of which are not acceptable in order for the animal to be considered legally Halal. 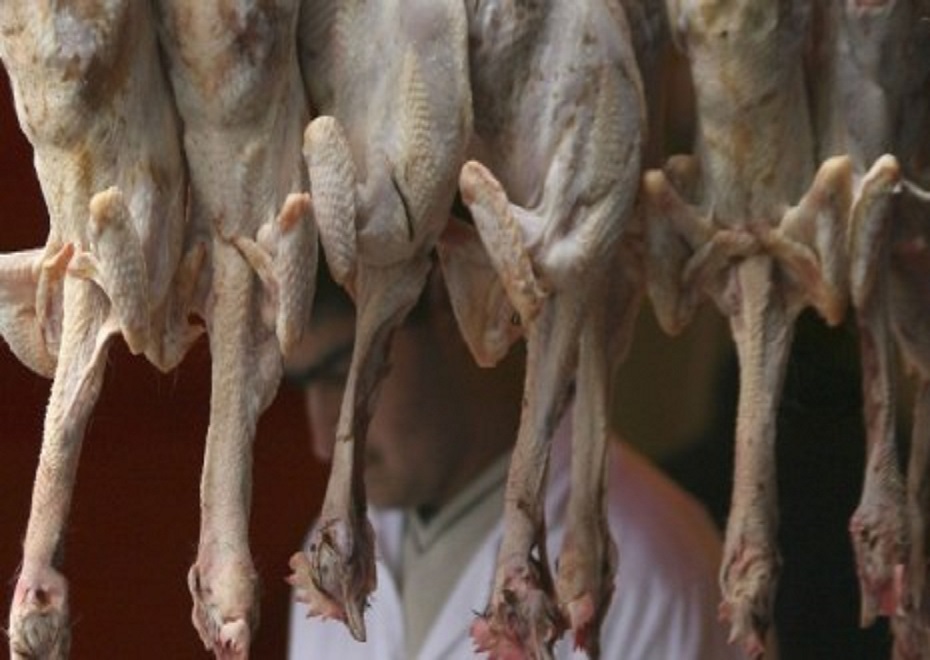 The second scenario here is that a Muslim stands close to the blade in the appliance and pronounces the name of Allah Most High when the chickens come close to the blade and are slaughtered. This also has many problems from an Islamic perspective. Firstly, it is a condition that the name of Allah is pronounced by the one who is slaughtering the animal. However, in the mentioned scenario, the one standing next to the blade has nothing to do whatsoever with the chicken. He did not switch the machine on, neither did he turn the blade nor moved the chicken towards the blade. He is merely like an individual who was passing by a slaughterer who was slaughtering his animal. There is no connection whatsoever. Suppose he did pronounce the name of Allah and another person pronounced the name of other than Allah, then to whom will the slaughter of the animal be attributed to? 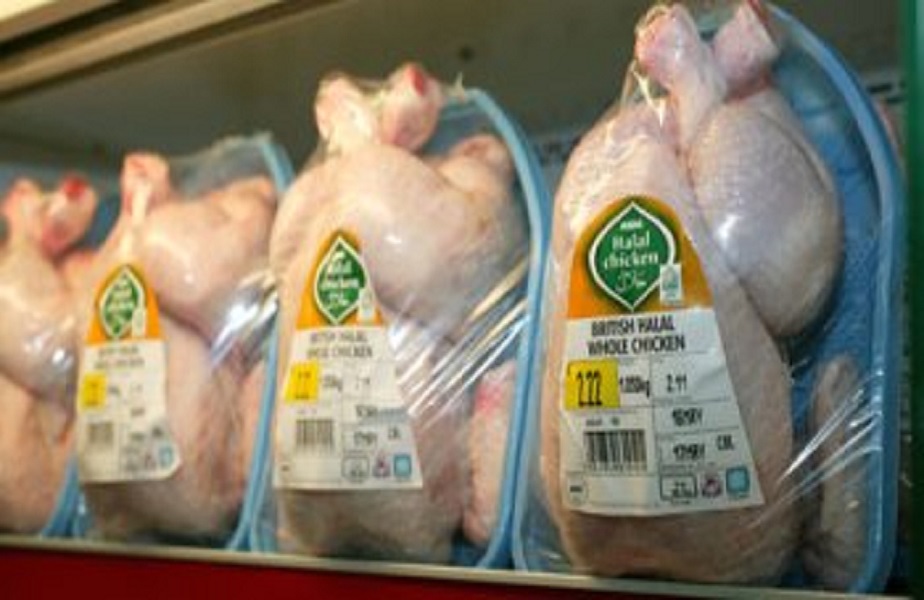 Internationally renowned scholar, Shaykh justice Mufti Muhammad Taqi Usmani (may Allah preserve him) has mentioned the solution to this problem in his Arabic treatise Ahkam al-Zaba’ih and in his English book Contemporary Fatawa: He states: “The only solution to this problem is that instead of one person, three Muslims be employed to cut the throats of chicken manually. They can slaughter the hanging chicken, alternatively. The speed of the machine need not be slowed down, nor does the production need to be reduced. Each one of these three persons will cut the throats of chickens by pronouncing the name of Allah.

This procedure has been practiced in several countries where the objective of mass production was never harmed or adversely affected. In the same Maple Lodge Slaughter House, we had seen several jobs being done manually by persons standing by the railing on which the chickens pass continuously. The same method can easily be applied at the stage of slaughtering also. This will require only two or three more persons to be employed which should never be a problem for such a big firm. If this objective is achieved, one should not insist on it being manual or mechanical.

In the way I have suggested, all the process of the mechanical production will remain as it is. The only act to be done manually is the act of cutting the throat without slowing down the machine. You can see that the separation of liver and some other parts of chicken is still being done manually, while it does not in any way, slow down the process. The same method is suggested for cutting the throat also.” (Contemporary Fatawa, p.288-289). In conclusion, there is no justification of machine-slaughtered chicken, neither is there a great need for it. As Shaykh Taqi has pointed out that, many firms have employed the method suggested by him and that it did not have an effect on mass production. Given this and all the other proofs outlined above, it will not be permissible to mechanically slaughter chickens where the necessary conditions are not fulfilled. However, if they are fulfilled, then the animal would be lawful (halal) to consume.

Finally, one must remember that machine-slaughter is a new phenomenon created by the rapid progress in modern technology. Thus, it is obvious that it is impossible for one to find express rulings with regards to it in the classical sources of Islamic jurisprudence. Its ruling can only be derived from the general principles and guidelines set down in the Qur’an, Sunnah and the classical works of Islamic jurisprudence. Thus, they may be some differences of opinion with regards to this issue and we respect the opinion of other scholars. However, the above is what I have understood from my teachers, especially Shaykh Mufti Taqi Usmani, upon whose Arabic work (Ahkam al-Zaba’ih) this article is primarily based. 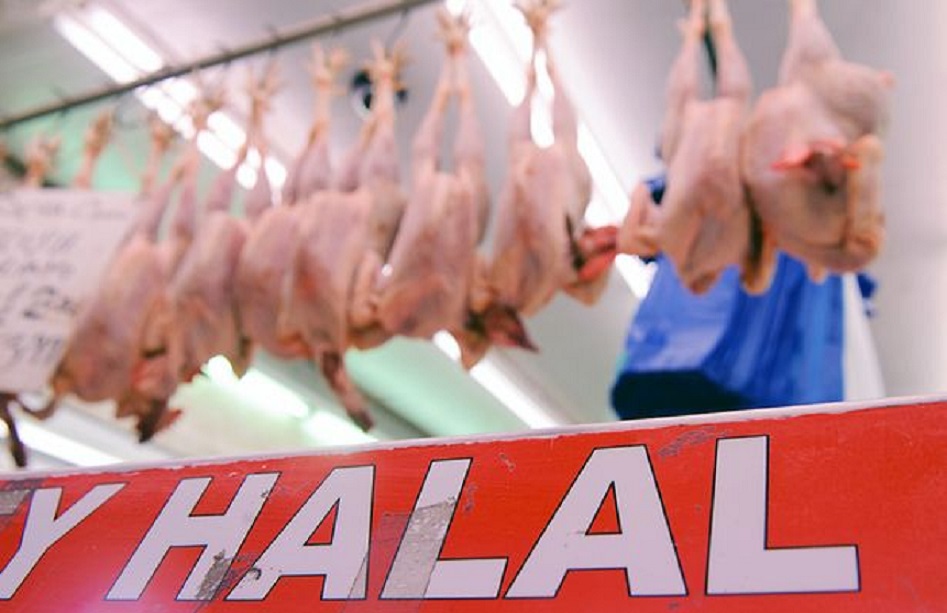