Damanhuri Abas: Yes, I Am Driven By My Religion And Am A Rookie Politician

Rilek1Corner > Agama > Damanhuri Abas: Yes, I Am Driven By My Religion And Am A Rookie Politician 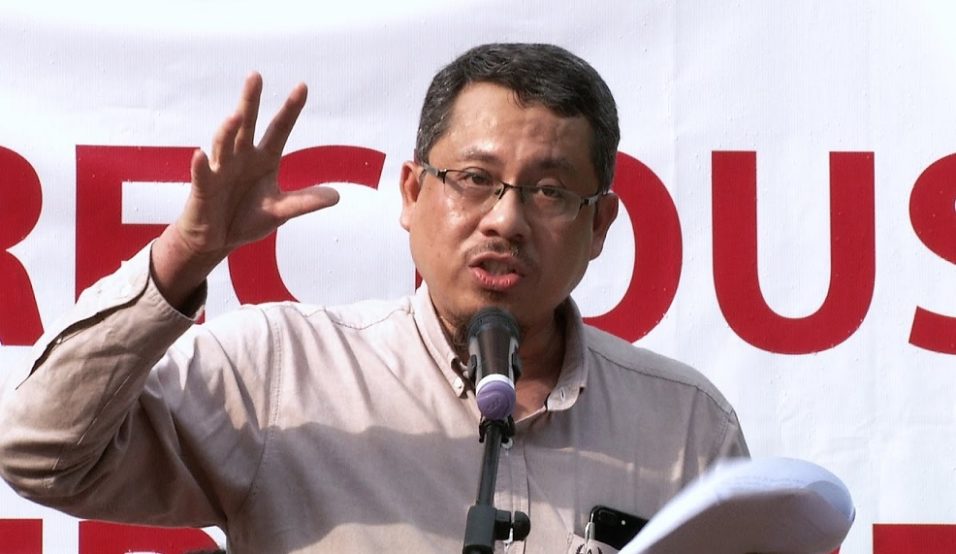 I have deleted my previous post and relinked to the original source post instead of the other link coming from another FB page.

An article online (see below) apparently was posted accusing me of using religion to incite some untoward things. Firstly, the basic rule of academic rigour is to at least have the integrity to pay for a Malay writer if one intends to comment on an article in that language (jgn kasi malu melayu lah). I guess it suffice to merit the writer to its appropriate class for googling a lazy translation.

So let me reply.

1. Yes i m deeply driven by my religion. What is wrong with that? Our constitution recognised the importance of religion and defend the freedom and the right for anyone to profess and practice his or her religion unhindered. If you are not driven by religion surely something else must be driving you in life. It is in-built into our humanity to believe in something. In case the writer do not know, there is a nice little word called conscience to remind and guide a persons life. Even an atheist believe in his or her own atheism. We should respect that and not ridicule.

2. Now referenced to my post in Malay where I mentioned the principle in Islam that Prophet Muhammad (peace be upon him) taught Muslims the value of striving to do good and forbid evil. There are 3 modes to do so he (the Prophet) explained. First with your hands (authority/power) if you have the means, second with your words (reminding/warning/etc.) if you can only do so, third with your heart (conscience) by dissociating yourself from it, the third being the least one can do he said, and, in the category of faith, is the weakest.

3. I have explained in my many other posts why I am of the opinion that this reserved PE is an elaborate government effort to prevent the people from voting a popular President who would be independent in performing his or her primary Presidential role of being the Guardian of our National reserves as well as to safeguard our meritocratic value for top public officers that the President is tasked to do. There are numerous opinion pieces that gave very clear arguments that mirrors my opinion. Even Ministers themselves are quoted to acknowledge its problem. One may disagree but in a democracy one have no right to deny another his right to intellectual discourse. Especially for such a dignified office as our President who everyone of us, swear upon our enlistment, to defend together with our constitution, with our life. But sadly no one can also deny someone of his choice to be less than intelligent.

4. The article seem so desperate and hell-bent to smear me as a religious firebrand (or fanatic) for living the values that I learned from my parents, believed in and preached to my children as a Muslim. This believe guides my principle and action in life such as responding to this Reserved PE episode, as well as made me stop a stray chicken I came across the other day from crossing a very busy road and killing itself.

5. The article stopped shot of discussing my other points which I will now elaborate. I mentioned the issue of fate and wisdom in responding to the Reserved PE. In my religion (Islam), fate is a concept that is part of the 6 articles of faith. First is believe in God, second is believe in the Prophets (Abraham, Moses, Jonah, Jesus, etc.), third is believe in the Books that God sent in history (Torah, Psalms, Bible, Qur’an, etc.), fourth is believe in the Angels (with their respective roles), fifth believe in Judgment Day (Heaven and Hell), sixth is believe in fate and predestination.

6. Fate and predestination for a Muslim is to believe that God provides, and everything that happened, do so, with God’s will (both good and evil) as God ultimately allowed it. Wisdom is our ability to then use the endowment of reason that God bestows upon us to analyse the lessons behind that which happened, both good and bad as both are lessons for our life journey towards the end goal of the hereafter. Simply put, don’t blame God for the dead chicken for your failure to act in time to stop it from crossing the busy road. Wisdom is to learn from it and not repeat the same mistake twice. God has given you the mind to think and act freely and you will be responsible for its consequences. For Muslims, consequences are both on earth and in our afterlife. On this basis, I placed my opinion urging us Muslims to reflect and think about what this Reserved PE is about.

9. I ended the post by asking ourselves to ponder about our believe as Muslims, that God provides. We are challenged to voice our opinion when we see a wrong in society and then feeling worried that it may ruffles someone feathers and may impact our livelihood if we do so.

10. Of course the article also took cheap swipes at me for my political rookie-ness. I don’t deny I am a rookie politician. It painted many unsavoury unsubstantiated allegation of my subversive intentions to use religion to further my political ambition. May God forgive whoever this (hungry) ghost writer is for his or her ignorance of who I am and what i have done in life for my fellow Malay countrymen challenged with all the problems listed in the article, before i joined politics. I wish the same was asked of our PAP government and their Malay MPs for such a poor performance to show for the same pathetic outcome of the Malay community for the last 52 years under their watch.

11. As usual it seems that the society boxing game knows no end to this supporters of the establishment. They only learned and know the Machiavellian art from their political masters. From their lazy responses, clearly they skipped the more important chapter on democracy.

12. We all love this country and have lived here and for a huge majority of us, this is only what we have. It is incumbent upon us to contribute ideas and work to improve our living here as part and parcel of our citizenry. Leaders and government are servants of the people and not our masters. Their position are trust held in check by us the people. The check and balance, which is a vital mechanism of governance is undermined today in our country and we as loyal patriotic citizens should be concerned and do our utmost to protect it.

13. Finally, i have expected this tirade to come as the political pattern of things here are just too predictable. But sad that it comes from someone who has no courage to put a name to what was written. But the low quality, my God, explains why the writer should be shameful of his or her own writing and would rather hide.

So this begedil (nice malay potato patty served in mee soto) has decided to honour this sloppy piece of cheap unauthored article the dignity of a response. I leave it to the readers to solicit any untoward evil fanatical islamic intent by me, for reminding fellow Muslims to live their values that we profess to believe in life. Our beautiful religion teaches us, the end never justify the means. 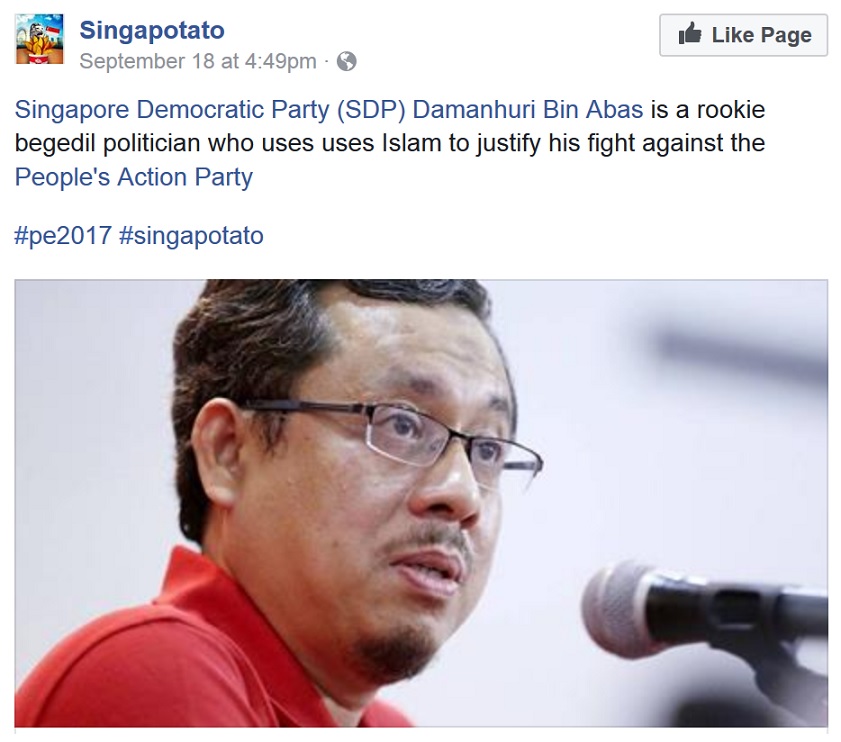