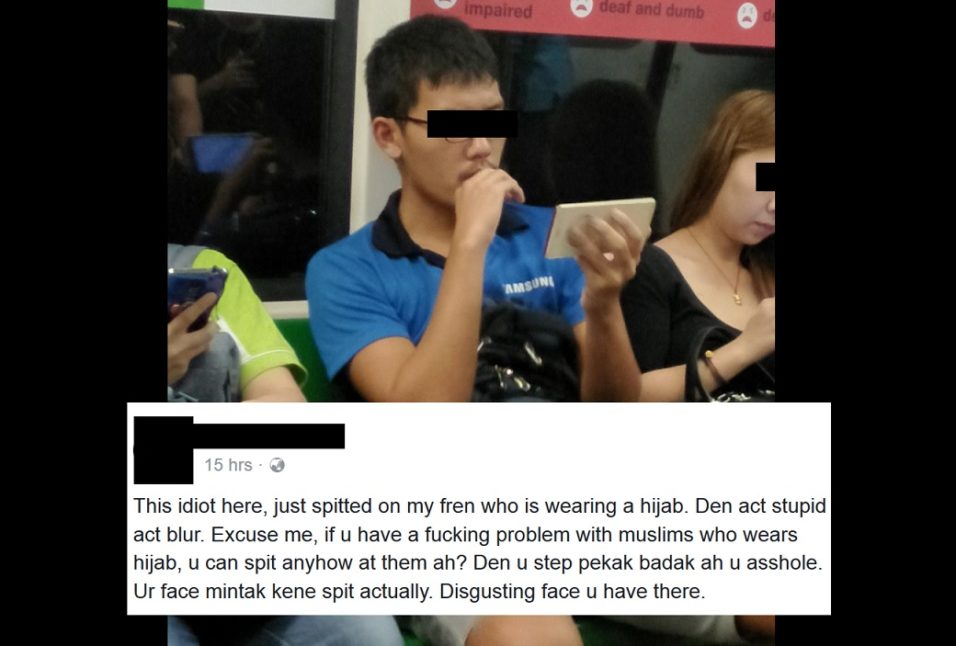 According to Lyza, her hijab friend was spat on by a rude man. She uploaded a photo of a man on the MRT that is believed to be the culprit.

It was unsure if there was any confrontation with the man, but Lyza claimed that the man “act stupid act blur”.

She mentioned that the man pretended to be deaf and maybe ignored them.

This was what was written on her FB post:

“This idiot here, just spitted on my fren who is wearing a hijab. Den act stupid act blur. Excuse me, if u have a fucking problem with muslims who wears hijab, u can spit anyhow at them ah? Den u step pekak badak ah u asshole. Ur face mintak kene spit actually. Disgusting face u have there.” 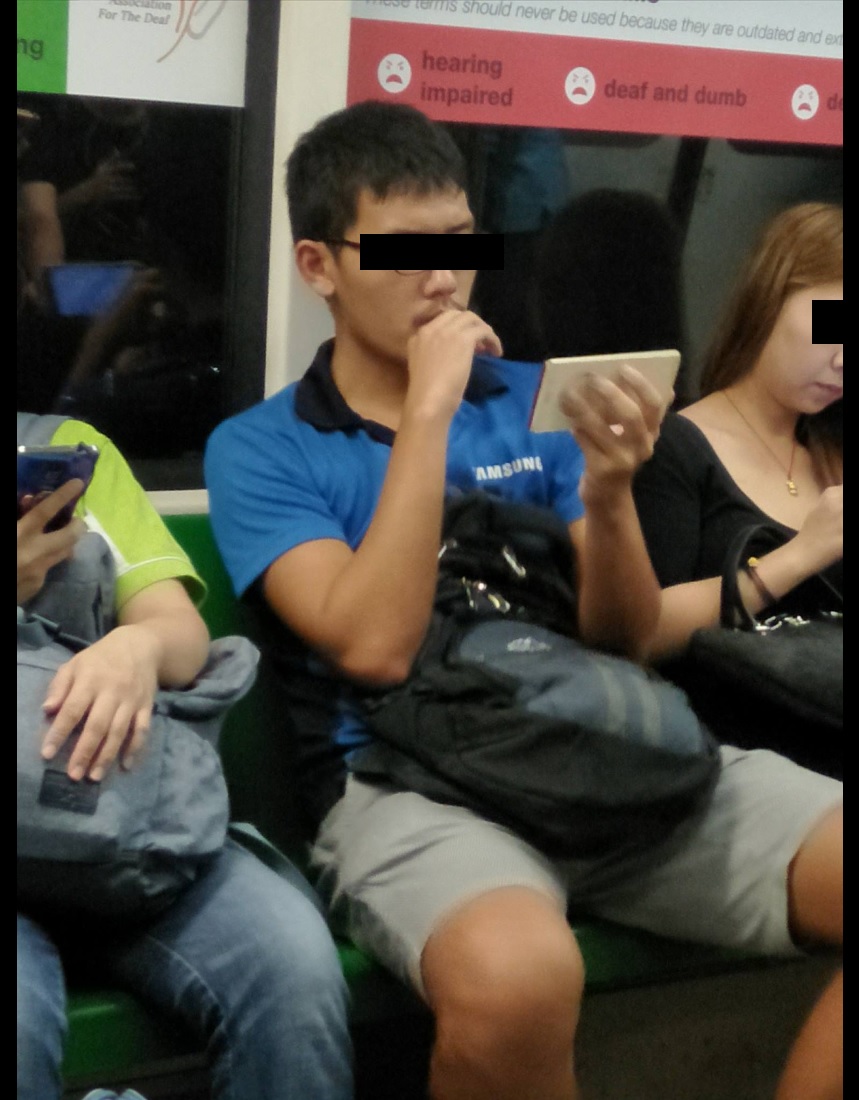 Editor’s note: In our multi-religious and multi-racial society, why did this even happen? Apa korang rasa?