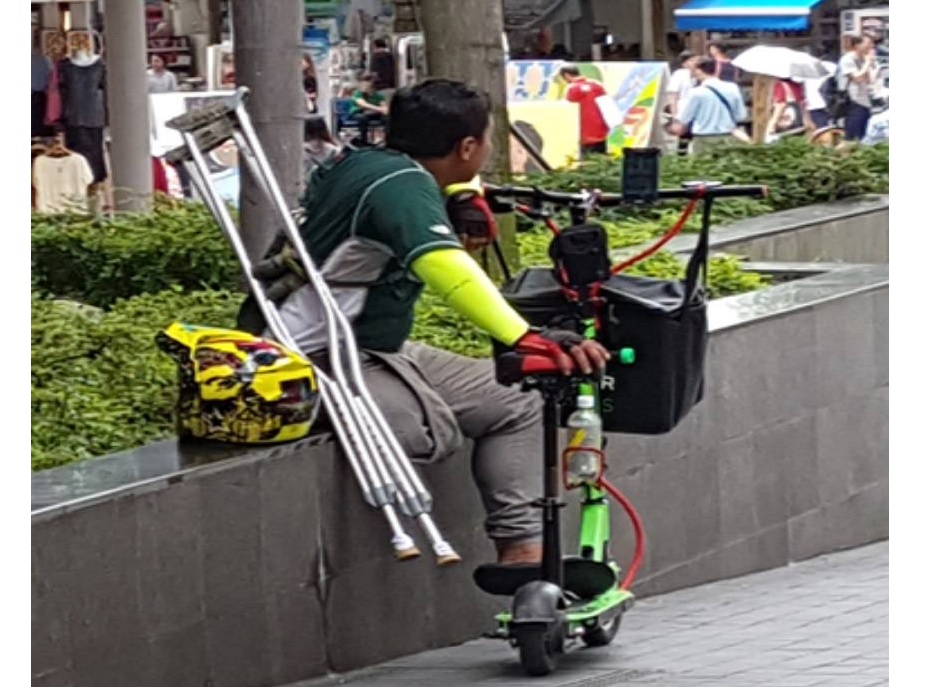 Saire Bin Adnan, or better known as Sani, 34 years old, has been with Uber Eats for about 4 months. Prior to working with Uber Eats, he has been working at call centres and telemarketing but was dismissed shortly after because the employer was afraid that he might fall.

The fear of falling also extended to his current employment at Uber Eats as he has fallen a few times while delivering food and also, when his customers rushed him to deliver the food. He has suffered a few minor injuries due to his fall while working.

Sharing why his leg was amputated, he mentioned that he was involved in a bicycle accident in 1999 and in 2013, the doctor claimed that his leg is no longer functional, hence, it has to be amputated.

Sani shared that he is staying with his mother, 55, sister, 29 and brother, 25. They are also getting financial aid from Social Service Office (SSO) and Singapore’s Muslim Religious Organisation (MUIS).

For the Malay version of this article: http://rilek1corner.com/2017/12/01/exclusive-interview-bersama-saire-bin-adnan-pekerja-uber-eats-yang-kodong-kakinya/