Ismail Fitrey: Singapore Striking Sensation Who Disappeared From Football And Moved To MUIS 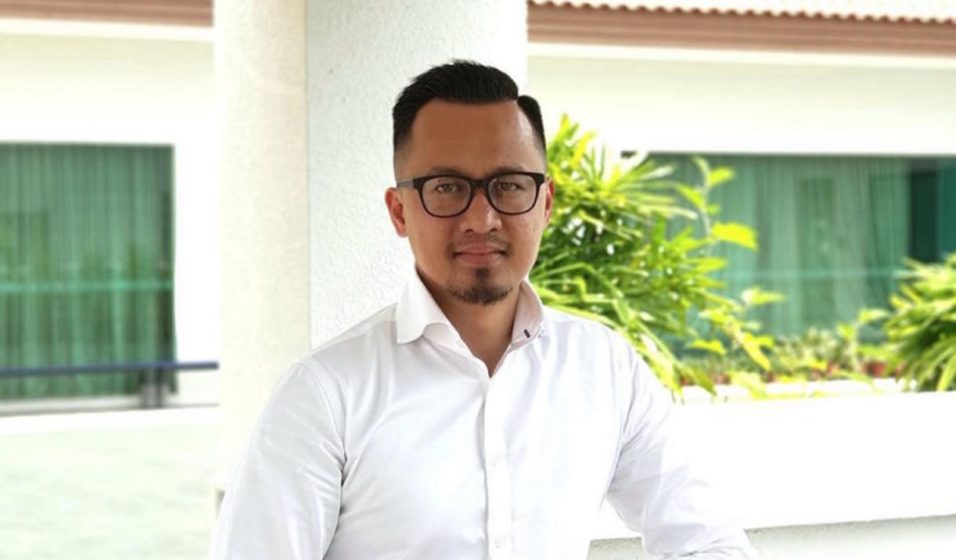 Touted as one of Singapore’s most talented strikers at the time, Ismail Fitrey showed plenty of promise at Sembawang Rangers and Tampines Rovers. But at just 26, the man known among some fans as ‘the fox in the box’ disappeared from football.

A search on the worldwide web comes up with no pictures of the man in his playing days.

Yet, Ismail Fitrey holds a special place in the annals of Singapore football – for being one of few local-born players in S.League history who netted more than 20 goals in a single campaign.

Just as he was elusive on the pitch, Ismail, now 40, proves likewise off it – it takes numerous phone calls to his former teammates – most of whom have lost touch with him, before an interview is finally arranged between him and FFT.

In a sea of people, one last obstacle remained and that was to identify the man himself.

To simplify what seemed a tough task, a bespectacled man in officewear approaches and confidently introduces himself with a firm handshake.

Ismail may have been a footballer but there is simply no mention of his former life in the opening five minutes of the conversation.

Work and family seems to be what he is content with discussing. In fact, the first mention of the Beautiful Game arrives only as he fondly remembers an anecdote involving his two sons, aged eight and eleven.

“I have my trophies and medals won as a player in a shelf in the study room of my house and there was once where one of my sons asked me what those medals were for. I just told them about it and what I won it for but that’s it, I just tell them only if they ask me,” said Ismail.

“I’m not one to brag about it (football career) and in fact, I don’t think my current colleagues know anything about what I was doing before I stared working with them. I never introduced myself as a former S.League player.”

A former Singapore Cup and S.League winner in 2004 with Tampines, Ismail is currently a lead auditor for Halal Certification at Majlis Ugama Islam Singapura (MUIS), also known as the Islamic Religious Council of Singapore.

He has been working there since 2006, two years after his last match in the S.League.

Ismail spent his years in National Service turning out for the SAFFC (now known as Warriors FC) prime league team, under the guidance of a certain Richard Bok.

A move to Sembawang Rangers followed in 2001 for the then 23-year-old. While he only spent one season with the club, it was while with the Stallions that Ismail received his “most important footballing education”.

“We had really strong import players from Thailand – the likes of Niweat Siriwong and Tawan Sripan who were really humble and were always looking to share their knowledge of the game,” recalled Ismail.

“Tawan was a real inspiration. He was a perfectionist yet humble. He would offer to come in early and cross for me to practice on my finishing so those things really stood out for me and it really is not a surprise for me that he has carved out a good career for himself as a coach.”