One of Singapore’s most popular comic characters happens to be a Filipino maid called Leticia Bongnino.

A fictional character from a television sketch show, she embodies a stereotype familiar to Singaporeans who have long relied on Filipinos to tend to their homes.

But it is also a stereotype that has become outdated, as more Filipinos move into new professions here.

These days a Singaporean professional is likely to have Filipino colleagues. With many more taking up service sector jobs, he is also likely to be served by a Filipino at a restaurant, supermarket, or doctor’s clinic.

The estimated number of Filipinos working in Singapore tripled in the past decade to about 167,000 as of 2013, according to Philippines census data. The Singapore government declined to provide the BBC with official figures.

But their rising visibility in Singapore’s society has drawn attention. Amid increasing general resentment towards foreigners, a backlash towards Filipinos has taken place.

Earlier this year, a plan to hold a Philippines Independence Day celebration on Singapore’s main shopping street Orchard Road was cancelled following online complaints by some Singaporeans who said the space was special to locals.

One blogger called the move “insensitive”, saying: “Celebrating your Independence Day openly in the public (especially [at a] iconic/tourist location like Orchard Road) is provocative.”

Prime Minister Lee Hsien Loong said he was “appalled” by those who had harassed organisers, calling them a “disgrace to Singapore”. Many Singaporeans also lambasted those who complained about the event.

But anti-Filipino sentiment has continued to swirl online, culminating in a blog titled Blood Stained Singapore suggesting ways to abuse Filipinos, calling them “an infestation”.

The suggestions, which included pushing Filipinos out of trains and threats to spray insecticide on them, alarmed the public. The blog was eventually taken down by Google for infringing content rules. 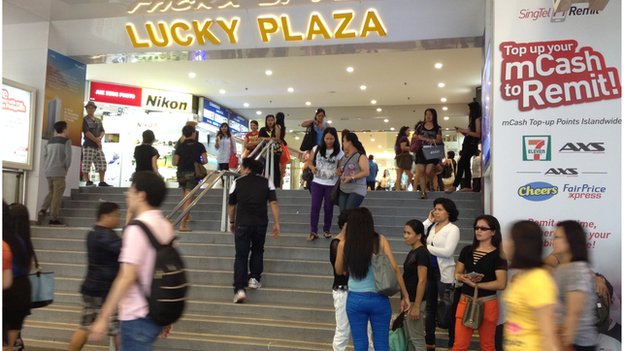 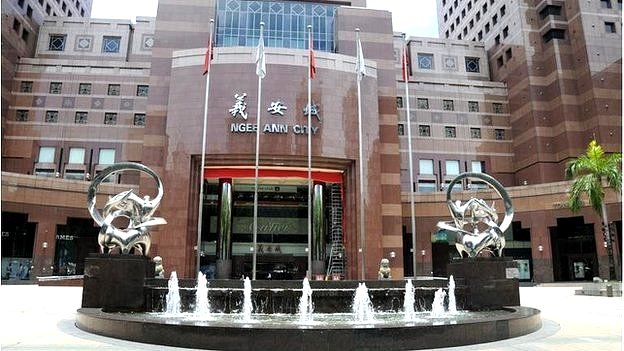 The Philippines ambassador to Singapore, Antonio A Morales, told the BBC in a recent interview that “by and large” Filipinos were accepted in Singapore, and his embassy had not received any complaints of physical abuse.

But he expressed concern about “the few Singaporeans” who have lashed out, and condemned the blog that suggested abusing Filipinos.

“I think it was unfair and racist and discriminatory,” he said, adding that the blogger had still not been identified. Singapore police have launched an investigation and say the case is still being probed.

Part of the problem is that Filipinos are willing to take on jobs for lower salaries, with working conditions unacceptable to Singaporeans.

The trend has made Filipinos “easier to exploit”, disadvantaging both them and Singaporeans, said migrant rights activist Jolovan Wham.

Sociologist Tan Ern Ser said that when Filipinos were mostly domestic workers, “they posed less of a threat, since they were in jobs which were less attractive to locals.”

But now, “they may be perceived as competitors for jobs in sales, services, or professions that Singaporeans would take up but preferably at higher wage levels, consistent with their aspirations”.

“Over the decades, the ruling government has emphasised that we are a small island with a lack of natural resources,” noted sociologist Terence Chong.

But this “survivalist rhetoric”, meant to spur on citizens, has now had the inadvertent effect of creating resentment against foreigners who are seen as competition for limited resources.

‘Keep our heads down’

Filipinos here said that Singaporeans have been accepting, although they are concerned about escalating anti-foreigner sentiment.

Media executive Jina L said Filipino professionals like her “keep our heads down” in Singapore. “We can be vocal, but we know when we should keep a low profile,” says the 49-year-old permanent resident.

Restaurant supervisor Michelle Villegas, 31, felt “sad and worried” about online attacks. At work she has encountered customers who have made fun of her for being Filipino.

She came to Singapore five years ago after her sister, who found a job working at the airport, urged her to follow suit. “She told me that the work is good and the salary is much better than back home because you earn in Singapore dollars. It is also very safe, so I like it here,” she said.

She is now also worried that the government will not renew her employment pass, as labour rules have been tightened following public unhappiness over the influx of foreigners. 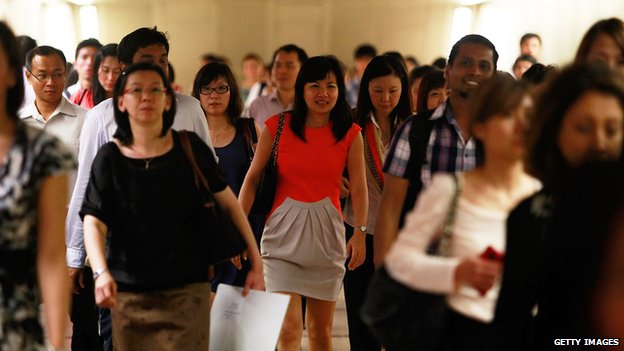 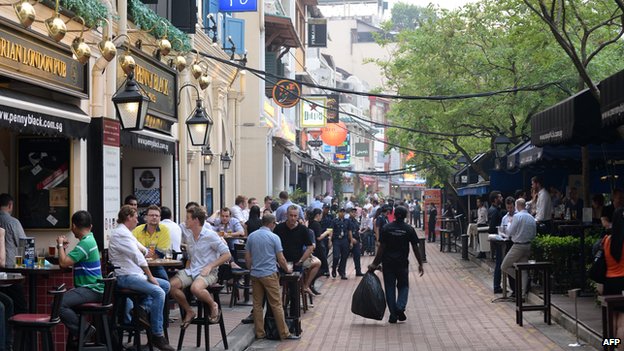 One way Singapore has tried to solve the labour crunch while placating the public’s desire for fewer foreigners is outsourcing jobs to other countries.

In the Philippines, the Singapore government-linked company Keppel set up shipyards in Batangas and Subic Bay. Last year a government agency tasked to find opportunities for Singapore companies overseas set up an office in Manila.

“Instead of our workers coming here, Singaporeans can bring their jobs to other countries, to our labour centres,” said Mr Morales.

But not all jobs can be sent offshore – and Singapore still needs to fill many job vacancies perceived as unattractive.

Meanwhile, Singaporeans still can’t get enough of Leticia Bongnino – but her writers are acknowledging the changing times. In a recent sketch, she reeled off the names of fictional relatives working at a call centre, department store and café in Singapore.

Beaming, she said: “Now there are a lot of Filipinos in Singapore… Leticia is very happy as almost all my relatives are here.”