Ah Kow: I heard from kopi tiam talking about our HDB not really belong to us. How come like that?

Ahmad: Not possible leh. Must belong to me because every month my CPF OA become kosong to pay for my 3-room bird cage.

Arumugam: I don’t believe you guys also same as the 70% PAP supporters still believe in our home ownership crap. Let me tell you – this is a SCAM! But it’s the people who voted for this scam.

Ah Kow: Wa lau eh, say until so serious wait you get letter from PAP Aunty Sue then you know.

Arumugam: Aiyah, when I state facts, why should I be afraid? There is more evidence but before I show you this, let me show you some proof I saw on the internet a few months ago. (Turning on his laptop) he pointed to a legal document.

Ah Kow and Ahmad almost fell off their chairs in disbelief.

Ah Kow: But if everyone think we are the real owner, that means it must be true.

Arumugam: Long time ago before policemen wore shorts, people believed the world was flat. Not everyone like you so ignorant but I don’t blame you. PAP’s propaganda machine damn powerful, can turn black into white, night into day. Look at another document here – the ‘owner’ is just the lessee.

Ahmad: I think Arumugam is right, see this document here (below), also state the word lessees. Sia, I think we all kena con big time.

Arumugam: Singaporeans really living in denial but they cannot admit the truth because it would mean they have been blur like sotongs. Few adults will admit they have been fooled by their government.

Ah Kow: I also don’t want to believe this, sia.

Arumugam: When I rented out a room last year, guess what? I must inform the real landlord, HDB ,and submit all the particulars of my tenant. If you really own a property, such as a condo, there’s no need to inform anyone because you are not a fake landlord, like HDB ‘owners’.

Ah Kow: Hmm… ya hor, I feel dam sian but I understand better now. No wonder because HDB is the real landlord it can decide to suka suka change HDB rules. Knn I better sell my HDB tomorrow, don’t want to kena scam.

Ahmad: Bro, after selling, where you stay? Set up tent at the beach or sleep at void decks?

Arumugam: Seriously, PAP has been screwing up citizens and profiting from us because that is the only way it can make money – in Singapore. At the stroke of a pen, “lessees” = “owners” just like CPF belongs to us but the rules are rewritten by PAP almost every year..

Ahmad: But isit big deal if lessee is not owner?

Arumugam: It is a very big deal because if all HDB ‘owners’ are correctly classified as ‘lessees’, then our home ownership rate will fall from 90.3 % to the lowest in the world. 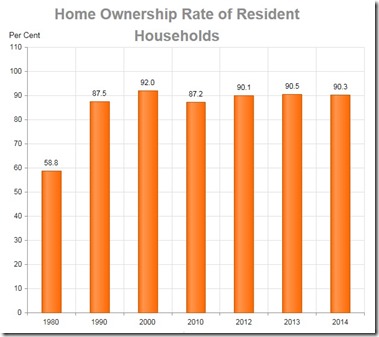 Arumugam: Actually today I want to tell you guys that HDB already confirmed Singaporeans are not the owners on its website which it stated “Your can sublet your whole flat” or “You can sublet your spare bedroom(s)”.link

Ah Kow: Sublet and rent not the same meh?

Arumugam: HDB did not use “sublet” without knowing the definition. Merriam-Webster dictionary defines “sublet” as:

Ahmad: That mean for 50 years everyone kena con by PAP?

Arumugam: People want to believe they are owners, especially when prices keep going up and they feel richer on paper. So they keep voting for PAP. People want to con themselves with the help of PAP. This own self con own self game has been played for too long and PAP will lose face big time if foreign media discover what has been going on. Now you look at the next page to confirm we are HDB’s tenants and our tenants are correctly classified as “subtenants” by HDB. If we are really “owners” as stated, HDB should not have stated our “tenants” as “subtenants”.

Ah Kow: Sia, I think Aru is right. HDB say our tenants are “subtenants” mean we are “tenants” of HDB. Knn I want to go Hong Lim Green and hold protest rally like Roy.

Ahmad: Bro, be careful OK. Roy HLP protest rally kena shut down by civil servants who play politics. You don’t forget you only got ITE cert, who want to listen to you. Ha ha.

Arumugam: Singapore is so unique to have scored another first in the world: property ‘owners’ are not allowed to mortgage their property. But we can’t always blame PAP for scamming us because we have the most educated morons voting for this own-government-scam-own-citizens system. Just have to live with HDB being the real owner of the most expensive concrete pigeon hole in the sky. (sigh)