Commentary: Inter-Racial Marriages Nothing Special, Until I Met Those Facing Challenges

Rilek1Corner > Singapuraku > Commentary: Inter-Racial Marriages Nothing Special, Until I Met Those Facing Challenges 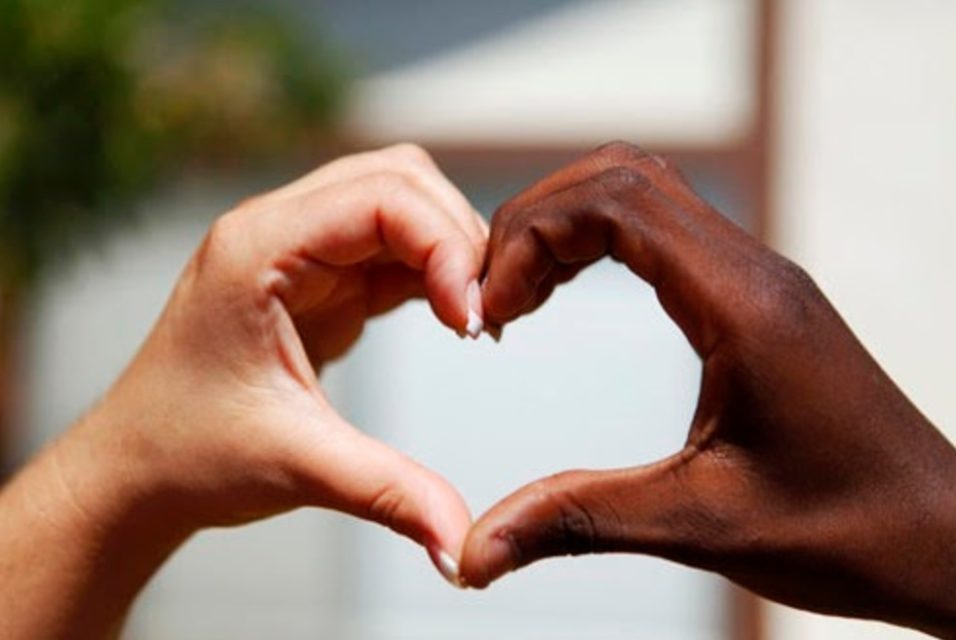 My own inter-ethnic relationship has been obstacle-free, writes Kane Cunico, but a documentary on mixed marriages has spurred others to share with me the struggles they face in gaining acceptance.

SINGAPORE: Sàam gu ma, sei gu ma, baat gu che, sahp suk – Cantonese words I would have never imagined myself learning by heart, had I not married my ethnically Chinese wife whose dad’s side of the family is from Ipoh, Malaysia.

Respectively, they mean this:

Baat gu je: The eighth sibling in the family and my father-in-law’s younger sister.

Sahp suk:  The tenth sibling and my father-in-law’s younger brother.

In my Indian-Eurasian household, which feels neither very Indian nor very Eurasian, we just call them aunty (insert name) and uncle (insert name).

I have always been indifferent to my cultural roots, flippant to a point. I wouldn’t consider myself religious, but I am constantly open and curious about other people’s heritage.

The same goes for my wife, who identifies herself as a third-culture kid.

We both were fortunate to have parents who were willing to break their own cultural and religious traditions for their children, and compromise on a wedding that made everyone happy. Even while dating, race or religion never became an issue. I would call us rather happy-go-lucky.

But the recent On The Red Dot series, Love Is (Colour) Blind, prompted me to reflect on just how lucky perhaps we were. The documentary profiled three mixed-race couples who spoke about the ups and downs of their relationships, from gaining family acceptance to bringing up their mixed-heritage children.

In response, hundreds of netizens have commented on Facebook, eager to share their own experiences in inter-ethnic marriages. I was heartened to see all those different races and religions coming together – it was like those United Colors of Benetton ads I wished the world could be more like.

Watch: The story of Martin and Esther

But on the flip side, friends and not a few commentators on Facebook have asked: “Why is this even a story? Why talk about this? What’s the big deal? Inter-racial marriages have been around for a long time. Why single it out?”

And in a way, they were right. I had never before seen it as a problem.

WE’VE HAD IT EASY

Yet in talking to some of those who wrote on our Facebook page, and re-watching the episodes, it struck me – my wife and I have had it easy, relationship wise.

The same can’t be said of Facebook writer Hui Jing Ong. A Singaporean Chinese who is Buddhist, she married an Indian national who is Sikh. They have two children.

In a telephone interview, she told me: “My parents are divorced, but my father until now cannot accept our marriage or children. He’s kind of a racist. My mum says as long as I’m happy, she’s okay with it.” Another Facebook user, Jasmine Jay, had dated her husband-to-be for four years. He is Malaysian, Malay and Muslim, and she is Singaporean, Sikh and Catholic.

Three and a half years ago, when she became pregnant, they decided to tie the knot. For three months, both deliberated on who should convert. They ultimately decided neither should. His family snubbed their wedding.

“Even my mum said no to the wedding. But since the birth of our daughter, his family have accepted us,” said Jasmine in a phone interview.

She added: “Today we have two children. I have a younger son and we both agreed the children will be Catholic.”

Despite the continuing struggles, both have found happiness where their relationship once floundered in a quagmire of disapproval.

Last year, 4,142 marriages in Singapore involved couples of different races, making up 21.5 per cent of all marriages for the year. In 2005, inter-ethnic marriages made up just 14.9 per cent.

So mixed marriages may be becoming normalised; but many couples still face familial and societal obstacles to make it work.

Watch: The story of Simon and Veronica

Friends of ours in inter-racial relationships have had to try hard to win over their culturally traditional in-laws-to-be, who were worried about what others in their community might say or think.

And such cultural conservatism isn’t just confined to our parents’ generation. Some young couples my wife and I meet have no qualms telling us that they wouldn’t want their children dating someone of another race.

A recent survey by Channel NewsAsia, in partnership with the Institute of Policy Studies, reflects some of these response. The survey found that fewer than one in four Chinese respondents were accepting of a non-Chinese marrying into the family; while fewer than half of Indian respondents indicated acceptance of a non-Indian into their family, according to the survey. WHEN CHILDREN COME INTO THE PICTURE

For newlyweds like my wife and me, who are looking forward to having children, we know we cannot keep taking a laissez-faire approach to our mixed marriage.

At some point, matters of race and religion will come up, and perhaps these may actually turn out to be issues for both sets of parents, as Jasmine learnt.

“Managing families – that is still a challenge,” said the 23-year-old stay-at-home mother and trained nurse.

“So many awkward moments. How you spend your festivities and whose religion you follow. You will argue about what cultural name the child will have. Should it be Indian or Malay in our case? And what religion will the child practice?” she added. “To be honest, it is tough, but my husband and I, only because we are quite neutral with race and religion, we told our parents to leave the decision to us. So we gave the children neutral names. There is no “daughter of” to follow my Indian heritage, and no “bin or binte” to follow his Malay heritage.

“But the beauty is that they get to be a part of both our cultural and religious practices and festivities,” said Jasmine.

“So just follow your heart and fight for your right, and hopefully, both sides can still remain a strong family.”

Watch: The story of Norsham and Anne

Another Facebook user, Hazre Salim, told me it’s really about planning far ahead.

A Malay Muslim, he married a Chinese Buddhist about two years ago after they dated for a year. Hazre, a secondary school educator, was upfront about how religion was important to him. With her full understanding, they both pre-empted their parents very early on in their relationship.

“I knew first and foremost there were going to be challenges: Parents, friends, religion. But we had supportive parents,” the 35-year-old said.

“There will be instances where we cannot solve the problem straight away. Children will definitely be an issue; we will face it when it comes.

“But we both believe that when two people get together and have faith and trust in each other, it will work out,” said Hazre, adding that when they cannot resolve matters on their own, “we go to our parents and figure it out”. Hazre’s and Jasmine’s advice are timely. My wife and I will soon have to decide which religion our child will be a part of, and what second language they should learn at school.

What race do we categorise our children under, when their ancestral tapestry has Italian, Indian, Chinese and Peranakan heritage woven into it?

These are questions we do not have the answers to yet. But we are fortunate and optimistic.

Fortunate, to be in a place where inter-ethnic marriages are fast becoming normalised, if they aren’t already; and where strangers, who have shared their stories online, are willing to give us the perspective we need.

Optimistic, that our families, made up of a suks, gu mas, aunties, uncles, mums, dads, mamas and grandmas, are around to hopefully be as open as they have always been with two happy-go-lucky and culturally impartial children.