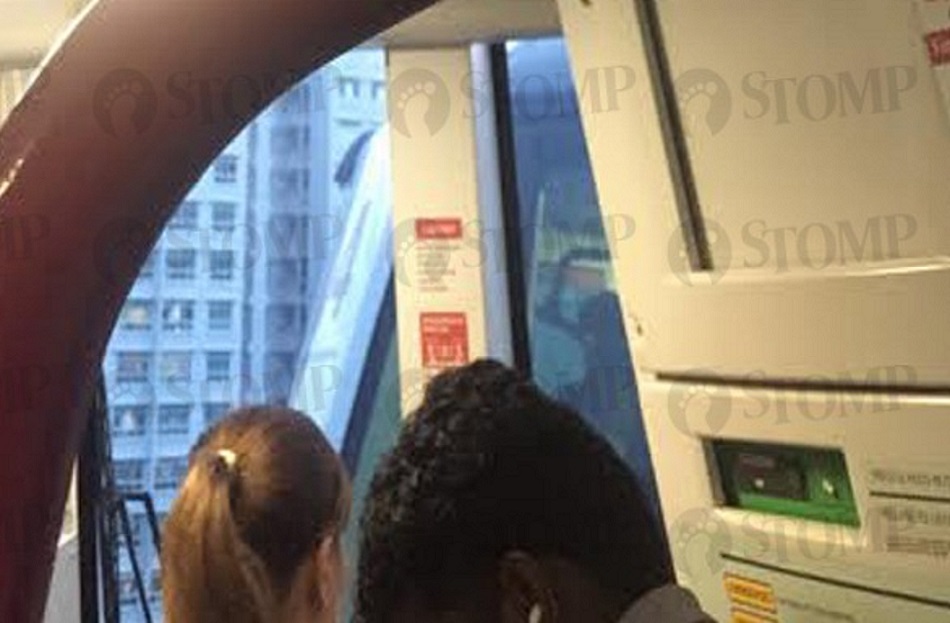 A Light Rail Transit (LRT) train reportedly collided with the train in front of it along the Sengkang line at 7.08pm yesterday, according to citizen journalism site Stomp.

A female passenger, going by the name Hong, told Stomp that the LRT she was on stopped abruptly to reduce the impact of the collision.

She added that several passengers who had not been holding on to the grab bars or handles fell down due to the impact.

“One woman fell on me and I quickly held her to stop her from falling,” she said. “Thankfully, no one was hurt.”

After the collision, the two trains remained stuck for about 15 minutes – both the lights and air-conditioning were switched off during this period. After 15 minutes, the trains began to move slowly towards Renjong station.