I’m Indian Muslim But Mendaki Says I’m Not Malay, Why Such Different Standards? 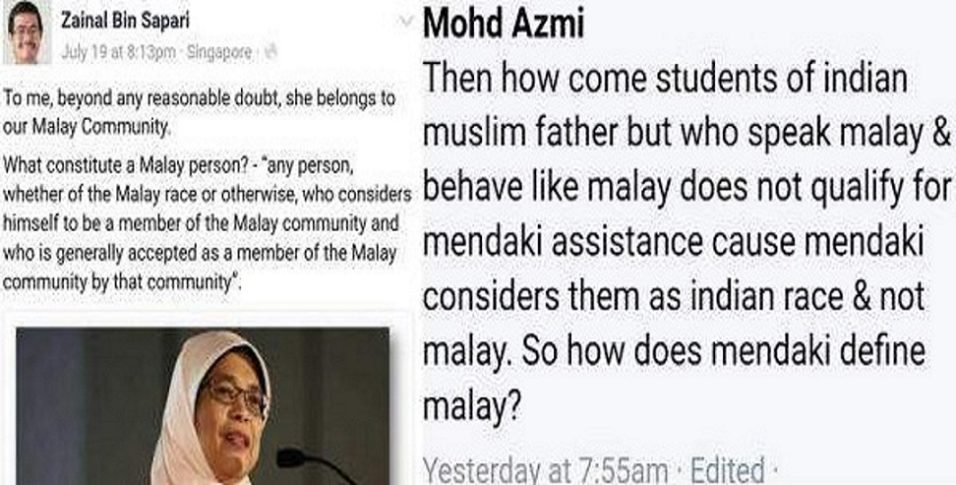 MP Zainal Sapari said he considers Halimah Yacob a Malay even though she is an Indian Muslim and therefore supports her to run for Presidency. But according to netizen Mohd Azmi, “Then how come students of Indian muslim father but who speak malay & behave like malay does not qualify for mendaki assistance cause mendaki considers them as indian race & not malay”.

How does Mendaki define what is Malay? Different people different life la.