Academic: Malay Presidential Candidates Should Be Judged By Ability To Articulate Singapore’s Interests 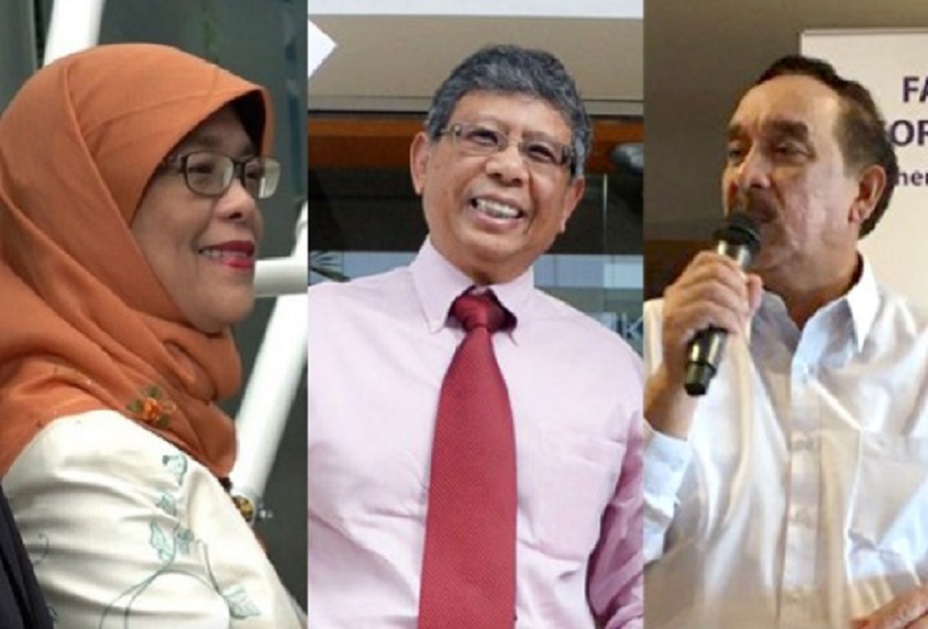 This definition also applies to Malay candidates intending to stand in a Group Representation Constituency (GRC) in a general election. The law requires that in a GRC, at least one member of the team is a Malay, an Indian or from other minority communities.

The definition of Malay here is quite an open, all-inclusive one.

In Malaysia, the issue of Malay identity has been widely discussed by sociologists. Debates over who qualifies as Malay took place against the backdrop of the New Economic Policy, which grants Malays certain economic and other benefits.

Sociologists underline three schools of thought on Malay identity. The first is primordialism, which underscores the role of ancestry. Thus, a person’s ethnic identity is determined by birth. But inter-ethnic marriages have made this perspective irrelevant.

The second is constructivism, which highlights the heterogeneity of the social group called “Malays”. Essentially, this argues that identity is constructed socially and that, over time and across communities, the definition of what a Malay person is can become porous.

Scholars upholding more extreme interpretations of this perspective grapple with the role of Islam: how important a marker of Malay identity is it? Can someone living in Malaysia (or Singapore), become Malay (masuk Melayu) if he or she embraces Islam?

The third perspective is situationalism, which implies that some people identify with Malayness when it is advantageous to be part of the community.

Ultimately, there is generally a stable core which the majority of Malays identify with. In Malaysia, this is recognised in the Malaysian Constitution: Malays are Muslims, speak the Malay language and follow Malay custom.

VOICE OF THE COMMUNITY

How is acceptance into the Malay community measured, as worded in the Singapore Constitution?

So far, online discussions have emphasised the presidential aspirants’ race, their ability to converse in the Malay language and religion. The extent to which these aspirants have spoken for their community is somehow neglected.

Here, Singaporeans should draw inspiration from the history of the Malays. Singapore Malays have identified some prominent names as part of their community, though they may not strictly come from the Malay race. These individuals have defended the Malays and struggled for their plight.

One such individual was Abdullah Abdul Kadir Munshi (1796-1854), a famous chronicler, Malay language teacher and interpreter who worked for Sir Stamford Raffles. His grandfather was of Yemeni Arab descent and his grandmother a Tamil. Malays accept Munshi Abdullah as an intellectual. He wrote on the plight of the Malays during the feudal era and colonial period, and was critical of the Malay ruling class for not investing enough in educating their people.

The other personality was Professor Syed Hussein Alatas (1928-2007), a former head of Malay Studies at the National University of Singapore. Of hadrami (Yemeni) descent, the sociologist spent most of his life in Malaysia and Singapore. His writings focused on the modernisation of the Malays and the community’s development lag. He also wrote a pioneering book, The Myth Of The Lazy Native, debunking negative stereotypes about the Malays imposed by colonial scholars.

A name more familiar to Singaporeans is that of Mr Yusof Ishak, whose ancestors originated from Sumatra in Indonesia.

Throughout his life, Mr Yusof struggled for the Malays. In 1939, he founded the newspaper Utusan Melayu because he wanted the Malays to have an equal voice in the public sphere which, he claimed, was dominated by Indian Muslims and Arabs. Having shown this empathy for his community, Mr Yusof fit smoothly into the role as Singapore’s first head of state.

Today, Mr Yusof is remembered as an outstanding member of the pioneer generation, as someone who defended multiculturalism and meritocracy, the building blocks of Singapore society.

In today’s context, there is a convergence of interests among all ethnic communities. It is difficult to distinguish Malay issues from Chinese or Indian ones, and problems facing Singaporeans are not unique to any community.

Thus, Malay presidential candidates should be judged by their ability to articulate the interests of Singaporeans.

Granted, the role of the presidency is not a political but symbolic one. The president is not required to act as a check and balance on the Government, apart from being a gatekeeper of the country’s reserves and key public appointments.

Still, Singaporeans expect their president to rise to the occasion and unite all citizens in times of crisis. So, a candidate’s track record of speaking up for their people is key.

• The writer, Norshahril Saat, is a fellow at the ISEAS – Yusof Ishak Institute, and author of Yusof Ishak: Singapore’s First President.