Lady Gives Birth On An Uber On The Way To NUH, Gets S$300 Worth Of Uber Vouchers

Rilek1Corner > Singapuraku > Lady Gives Birth On An Uber On The Way To NUH, Gets S$300 Worth Of Uber Vouchers 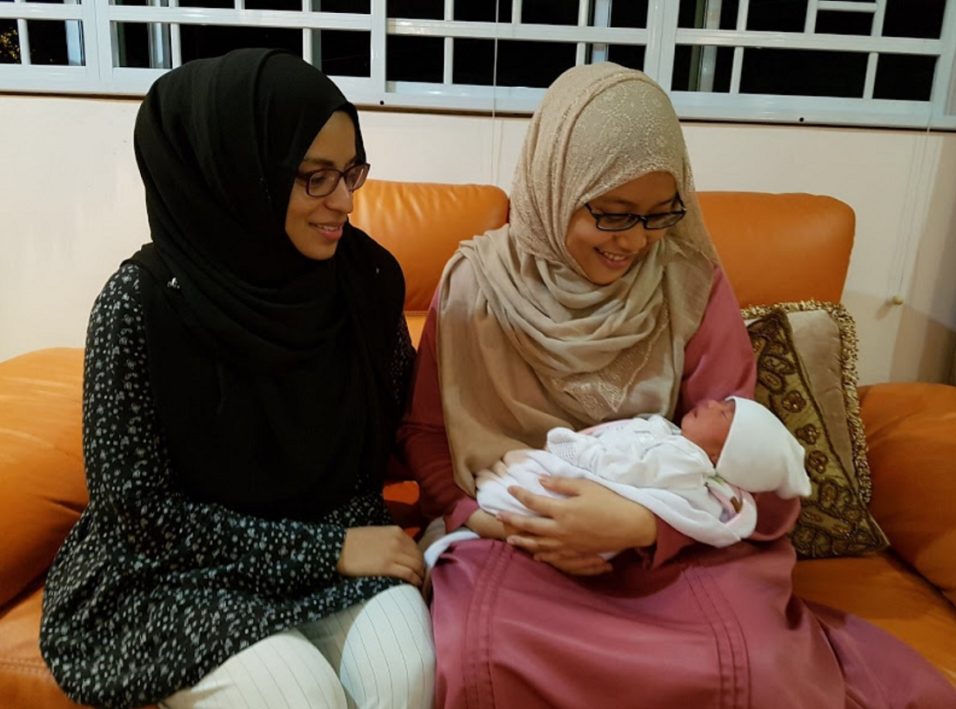 This time, however, the pain didn’t go away.

The persistent pain led to her calling an ambulance, and an Uber.

Danny Chong was the Uber driver who picked up the pregnant Siti, and her sister-in-law.

He then proceeded to drive as quickly as he could while ensuring the safety of his pregnant passenger.

This took the sisters by surprise, considering Siti had to undergo an induced pregnancy for her first child.

Some three to five minutes before they reached the National University Hospital, however, an extra passenger popped out.

Chong was as calm as you could be with a newborn baby at the back of your car.

He didn’t complain or make any noise through the birthing process, merely assuring the sisters he would drive safe and make them feel as comfortable as possible.

Needless to say, they did make it safely to the hospital.

The Uber adventure did not end with the birth of the baby though.

Both the driver and the mother had some tokens to remember their exciting ride.

The mother was given S$300 worth of Uber vouchers, as well as a hamper.

And perhaps the most lasting of reminders, the hospital documented the baby’s place of birth as Ayer Rajah Expressway.

As for the driver, he had a more visceral reminder of the event.

Chong had to take the car to Johor Bahru to get it cleaned, as he couldn’t find a willing local cleaner.

Uber did reimburse him for the expenses, but according to Chong, there’s still a “smell” in the backseat.

He did, however, appreciate the thank you text he received the next day from Siti.