The Lives They Live: She Fell For Her Man After Marriage

Rilek1Corner > Singapuraku > The Lives They Live: She Fell For Her Man After Marriage 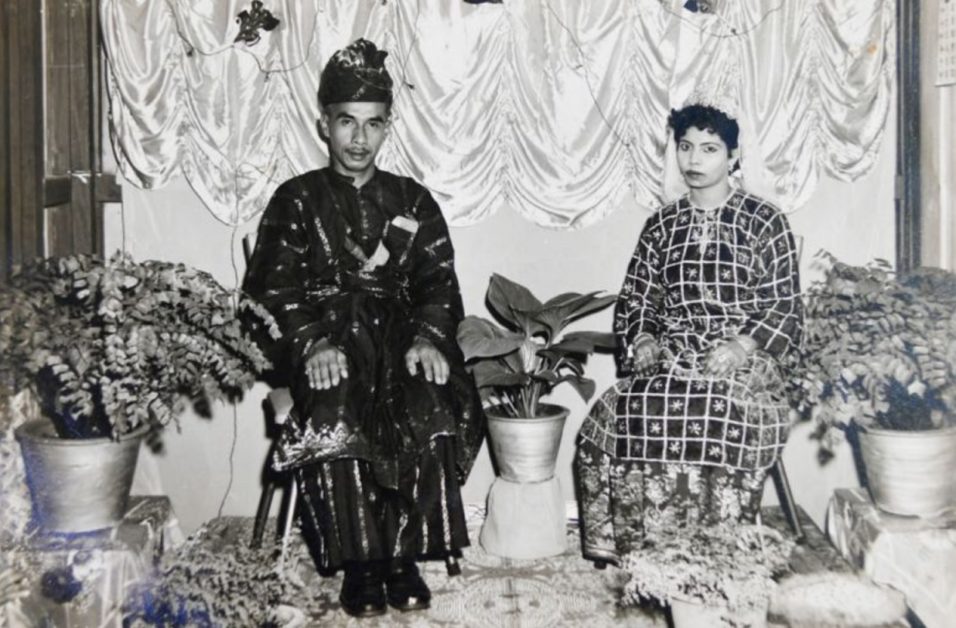 In 1961, Madam Zulaika Mohamad Osman agreed to marry a man she had never met.

He was double her age, at 41 – a widower with one daughter.

The matchmaker was a Chinese neighbour of hers, who worked with Mr Ismail Awang in the same construction company.

Madam Zulaika, who has never gone to school, said in Malay: “My neighbour told me my husband was a good man and he would make a good husband and father. I said ‘yes’ immediately as I trusted my neighbour as he was like family to me.”

Arranged marriages were the norm in those days, the 77-year-old said, and it did not occur to her that she should try to get to know her suitor before saying “I do”.

So she said “yes” to the big question – without even knowing what her groom looked like or dating to see if they were compatible.

About a month after she agreed to the match, Mr Ismail, a storeman, went to her home to propose marriage through her elders and the couple met for the first time.

She was so nervous during that first meeting that she grabbed a relative’s baby to cover her face when he asked to see her.

And she spent the rest of his visit hiding in the kitchen.

They did not speak at all.

“When I saw my husband for the first time, there were no feelings (of love). The feelings came later,” she said. “What struck me was that his hair was white. Even his eyebrows were white.”

Match-made unions were the norm in Singapore back then, noted sociologist Mathew Mathews. The practice died out as a growing number of women became educated, joined the workforce and sought to make their own choices in life, he said. However, in pre-independence Singapore, educational and employment opportunities for women were limited and being match-made by one’s parents or relatives was the norm. Besides, everyone was expected to get married and start a family, said the senior research fellow at the Institute of Policy Studies.

“There was also a greater expectation to follow parental wishes and one of the parents’ roles was to help ensure a good marriage match for their children,” he said.

“Arranged marriages have always been associated with growing in love, rather than falling into love. Today’s notions of marriage differ considerably – people often don’t enter into marriage unless they fall in love.”

Indeed, Madam Zulaika and Mr Ismail grew into love. Both shared common experiences, having suffered the loss of loved ones.

She was an orphan. Her mother died of tuberculosis when she was just five. Her father, who did maintenance work in a market, died of a heart attack when she was in her teens. The second of six children, she started earning her own keep by washing clothes for others when she turned eight or nine.

He was just as bereft, having lost his first wife and two children to various illnesses. He was left with just one daughter.

After marriage, Mr Ismail became a hands-on husband and father, who helped around the house.

This was unlike Madam Zulaika’s experience with other men.

Growing up, all the men she saw left the chores and child-rearing to the women but not her husband. He changed diapers, bathed the children and helped with housework.

“He also treated my family very well. He was very kind and would always help others. He was also a very gentle person,” she said.

After a few months of matrimony, she found herself falling for his kindness and gentleness.

He was ever ready to open his wallet and even his house to those in need. For example, he bought groceries for a relative whose husband abandoned her so that she would not go hungry. Relatives who needed temporary shelter were always welcome at their three-room flat in MacPherson.

But Mr Ismail died suddenly of a heart attack after 17 years of marriage. He was 58 years old.

The first few years after his death were the toughest. The couple have six children – two sons and four daughters. Their youngest child was only nine then.

Madam Zulaika, who had worked throughout her marriage as a cleaner, continued to do so and only stopped in her late 40s when her children were all grown up.

Today, five of her six children are married – and as a reflection of the times, all married for love. None of them went for arranged unions.

This is a relief for Madam Zulaika who said she did not have to worry about her children’s marriages as they found spouses on their own.

The youngest child, Ms Saleemah Ismail, 48, who is single and works in a charity, said of her parents’ marriage: “My parents had a great marriage and we grew up in a loving and nurturing home.”

Madam Zulaika is now a grandmother to 11 and has three great grandchildren.

“I miss my late husband and his gentleness. But my children love me the way that he loved me and so I don’t feel any missing holes in my life,” she said. “I feel we were destined to be together. I feel very lucky to have married him.”