AMLA: New Rules To Be Implemented For Muslim Couples On Marriage And Divorce

Rilek1Corner > Agama > AMLA: New Rules To Be Implemented For Muslim Couples On Marriage And Divorce 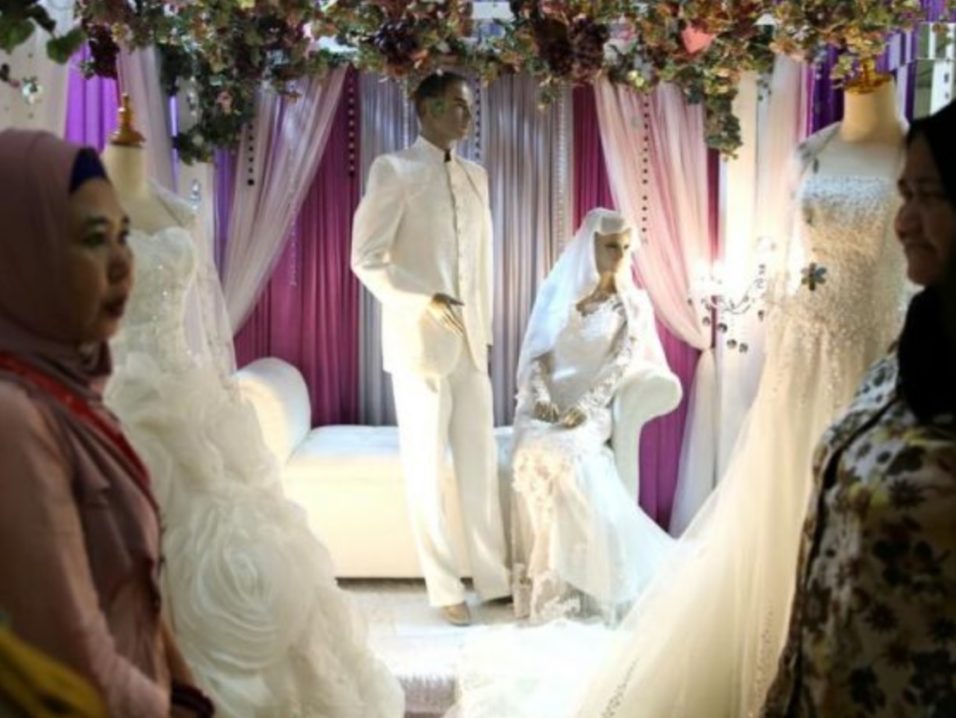 Muslim couples who are minors will have to attend a compulsory marriage preparation programme, while couples seeking a divorce also have to attend a marriage counselling programme, as part of a string of changes to the Administration of Muslim Law Act (AMLA) passed in Parliament on Tuesday (Aug 1).

Muslims who are younger than 18 and want to get married must attend and complete a marriage preparation programme approved by the Ministry of Social and Family Development. These sessions are aimed at helping couples better understand, clarify and address any concerns that they and their families may have about marriage.

Parents of these couples, who will now also be required to give consent to the marriage, are also encouraged to be involved in such sessions. Previously, only the consent of the wali, the lawful guardian for the marriage of a Muslim woman, is required.

Muslim marriage numbers are on the rise, while minor marriages – where at least one party was below 21 years at the time of marriage – have been in “steady decline.” Divorce rates have also remained stable.

Nevertheless, Minister-in-charge of Muslim Affairs Dr Yaacob Ibrahim pointed out that minor marriages are more “vulnerable”. Citing the trend of Muslim marriages involving younger grooms, the recent marriage cohorts have seen one and a half times the divorce rate compared to older grooms, he said.

“This move thus reinforces the importance of parents’ or guardians’ support in a minor marriage as their guidance, especially in the crucial initial years of the marriage, is critical to help younger couples build strong marriage foundations for a lifetime,” said Dr Yaacob.

To provide greater support for divorcing Muslim couples, they will be required to first attend the Syariah Court’s Marriage Counselling Programme, before seeking a divorce, so as to see if the marriage can be saved.

Since the Syariah Court introduced the programme in 2004, over 33,000 couples have been counselled, and almost half of these marriages have been saved, said Dr Yaacob.

If the couples decide to go ahead with the divorce, this programme will provide the platform to discuss care and living arrangements for their children, while counsellors on hand can refer them to other services like financial assistance or education support for school-going children.

The Syariah Court will also have the power to refer parties for further counselling or a family support programme at any stage of their divorce proceedings.

For instance, it can order a registered medical practitioner, psychologist, counsellor, social worker, or mental health professional to examine and assess the child.

The AMLA covers the three public agencies – the Islamic Religious Council of Singapore (MUIS), the Registry of Muslim Marriages (ROMM) and the Syariah Court – dedicated to implement and administer the provisions of the Act.

The AMLA was last amended in 2008 to strengthen these key institutions, as well as to improve the quality of life for the Muslim community in Singapore.

Several amendments were also made to enhance the management of Muslim assets, most notably the wakafs (Muslim endowments) and the Mosque Building and Mendaki Fund (MBMF).

In 2017, MUIS disbursed $3.1 million of the revenue generated from wakafs to various beneficiaries such as mosques, madrasahs, and Muslim organisations. This amount is nearly 3 per cent more, or about $90,000, compared to the previous year.

Of the total disbursement, more than $1.52 million was channelled to 27 mosques to help fund upgrading projects and to support mosque programmes.

“All these are a result of MUIS’ management of the wakafs, which include careful planning to ensure maximisation of wakaf returns, and attracting good tenants for wakaf properties…We must continue to ensure that the wakafs are well managed so as to maximise their potential,” said Dr Yaacob.

To enable MUIS to better safeguard against the mismanagement of wakafs, there will be expanded grounds under the AMLA to which a trustee or mutawalli (those appointed to manage the wakaf) can be removed. For instance, when a mutawalli fails to furnish information or particulars as required by MUIS, or fails to allow MUIS’ inspection of wakaf properties, accounts, and records. This is to ensure greater transparency and clarity, and to allow for more timely intervention.

Current provisions enable MUIS to do so when it appears that the wakaf has been mismanaged, or if there have been no trustees appointed. However, for these conditions to be met, the wakaf “might already be in jeopardy”, explained Dr Yaacob.

Additionally, the appointment of a new trustee to a wakaf will be void unless there is MUIS’ prior approval in writing, so that MUIS can ensure that the individuals appointed as trustees are qualified to manage the wakaf.

A court must also not entertain or proceed with any proceedings relating to the appointment or removal of wakaf trustees and mutawallis, as it will fall on parties to work with MUIS to such matters.

MUIS will also be able direct a portion of the income of the wakaf towards a sinking fund, primarily for the upkeep and development ofthe wakaf , such as repairs or installation works.

Citing how many of the trust deeds of older wakafs do not specifically address long-term upkeep of the wakaf, including that of the creation of a sinking fund to maintain it for the long run, Dr Yaacob said that such properties often fall into disrepair given the lack of sufficient savings or reserves.

Lastly, he reiterated that the MBMF can be tapped for the purchase of new or additional land or property for existing and future mosques, as well as for the building or maintenance works of any religious education premises or facilities.

Wrapping up his speech, Dr Yaacob said: “The amendments we are proposing today seek to better protect Muslim families because they are the very building blocks of a strong and resilient community.We want to reinforce our institutions so that they are effective in serving the community.”

He added: “We want to enhance the management of our assets so that the community continues to benefit from them and prosper.”