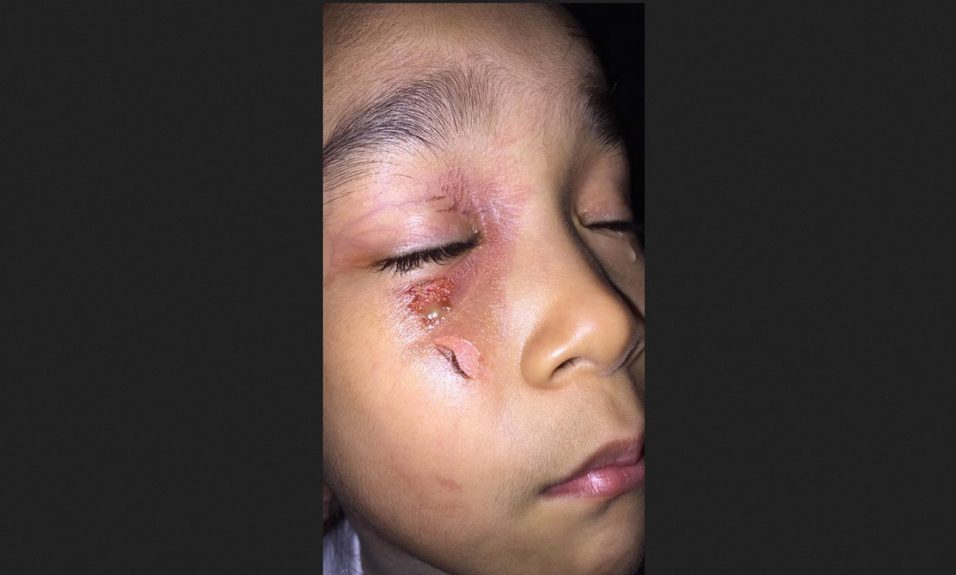 Scalded by very hot temperature water that was refilled in her water bottle in the childcare center..
Such high temperature water shouldn’t even be refilled in their water bottles to begin with.. Let alone to be placed within the reach of the kids..
This is truly a case of laziness, negligence and complacency.. All in the expenses of my lil peanut..
Share away, my friends..!

Someone commented to the posting saying, “This is unacceptable. What the hell were they thinking. They should have their licenses pulled. Who would put hot water in a child’s water bottle? Child abuse is what this is. Get yourself a lawyer please. And call the police and make a report. If they won’t do anything go to the news stations. Put it on tv.”

The source then gave the following update.

I’ve escalated this to the HQ management.. They apologised but this is beyond apologising.. They explained that they just took over as it was franchised but their HQ is just upstairs of the center yet they’ve no knowledge of what their teachers are doing n such can happen.. They pushed all the blames to the previous director whom is no longer running the center..
Teachers there have no heart to work as they aren’t paid their wages.. Since the management took over; is worse than when the previous director running the center..
Good Principal left, teachers left n leaving n what’s left is a batch of very frustrated n vexed teachers running the center, in hope that they get their wages then they too will leave.. Parents who withdrawn their kids aren’t getting their deposits back.. N I have yet to get mine as well..
It’s an epic mess, resulting such..

She explained that the teacher refilled very hot temperature water into her water bottle, told her not to touch it but left it within her reach and an accident happened. “Thereafter, she used an ice pack to nurse the scalded area which quickly caused it to blister n broke the blister as the ice pack is hard.. U do not put ice nor ice pack on scalded area/s, run running water from the tap on the area/s.. This is simple basic 1st aid..!”

According to her, this happened at a private childcare called Amar Kidz Macpherson.