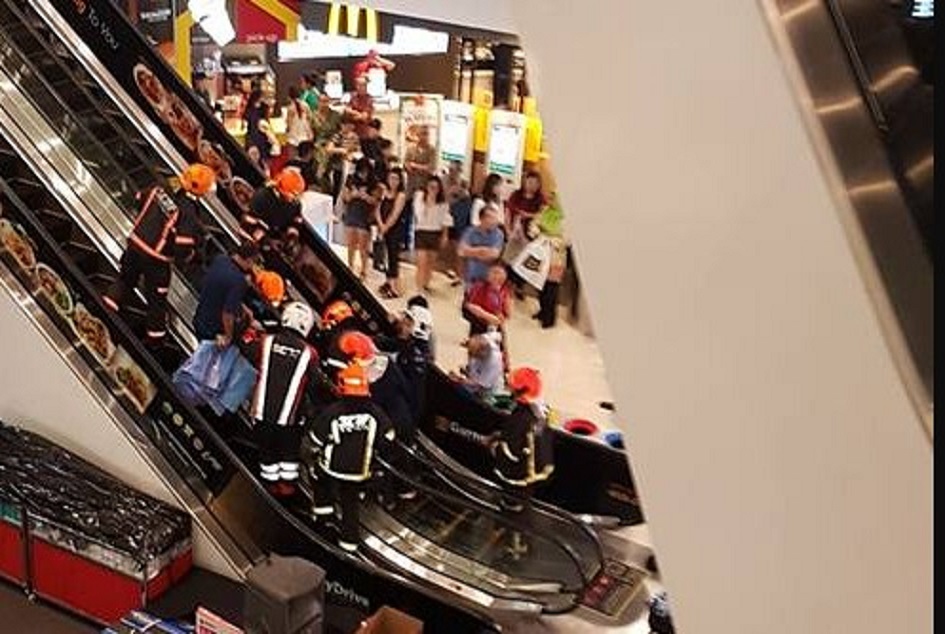 A four-year-old girl was taken to hospital after her right foot got stuck in an escalator at the White Sands mall in Pasir Ris on Friday (Aug 11) evening.

The incident, which took place at around 9.30pm, saw the girl trapped in the escalator descending from level two to level one of White Sands.

The Singapore Civil Defence Force (SCDF) said it sent a fire engine, two fire bikes, a Red Rhino and an ambulance to the scene.

SCDF personnel rescued the girl, who was taken to KK Women’s and Children’s Hospital.