“I Would Scold Them For Quarrelling Over A Seat” – Mr Ng 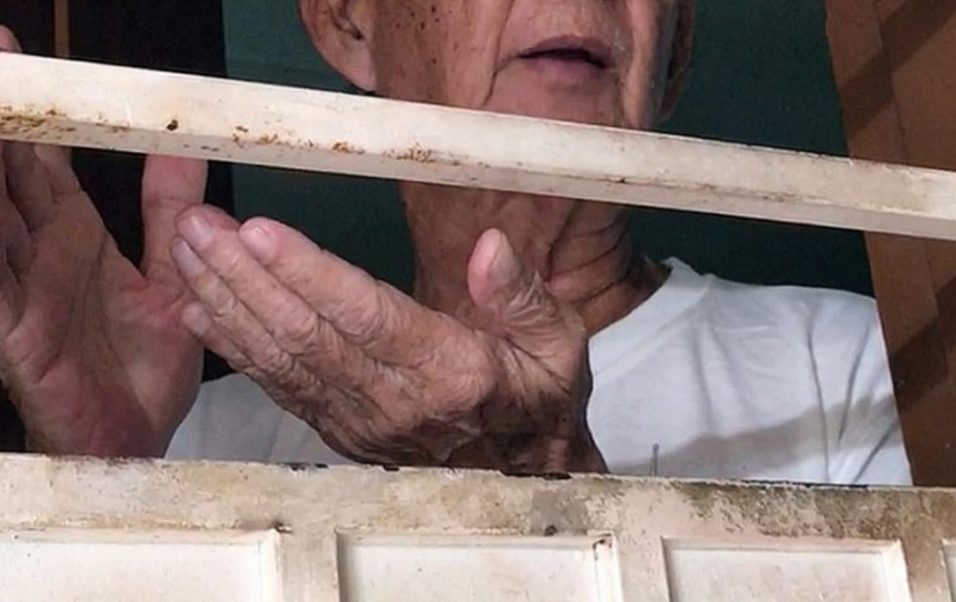 The couple who shouted at him are around his own children’s ages.

And if Mr Chow Chuin Yee, 45, and Ms Tay Puay Leng, 38, were really his children, Mr Ng Ai Hua would have taken them to task.

“I would scold them for quarrelling over a seat,” he said.

As it is, the 76-year-old man who was shoved by Mr Chow at the Toa Payoh Lorong 8 hawker centre on April 21 now just wants to move on.

In an interview with The Straits Times last night at his home in Ang Mo Kio, Mr Ng – who is also known as Ivor Ng – said that he accepts the couple’s apologies, but does not wish to see them in person.

“The couple have received their punishment and life can move on,” he said. “It is all water under the bridge now. I just hope it can be a lesson to them.”

Mr Ng, a retiree who used to work in the construction industry in a technical role, has two children, aged 42 and 38. On the evening of the incident nearly four months ago, he was getting ready to have his dinner alone at the hawker centre. He bought a bowl of noodles and looked for a seat.

An umbrella was placed at a nearby table for five, and he asked Ms Tay how many people she was reserving the seats for, he recounted. She hurled vulgarities at him and Mr Chow hurried over and bumped forcefully against him, causing him to stumble.

Videos of the incident went viral, and a hunt to find the couple commenced.

Four days later, the pair were arrested. Last Friday, they were fined.

In an interview with The Sunday Times, Mr Chow and Ms Tay said they regretted their actions and wanted to apologise to Mr Ng in person. They also said they felt “punished by society” and felt like they were living like “fugitives”.

To Mr Ng, the punishment that the couple faced was not just the fines meted out by the court, but the excoriation they received online and even in person.

“Because of what has happened, they are shamed and they can hardly show their faces in public,” he said. “I leave it to people to judge them.”

He added that he does not blame the public for the outcry. “People saw it and felt upset. They saw that the couple had gone too far.”

Mr Ng, who has a Facebook account, did not follow the online discussions himself because they were “endless” and he knew what had happened well enough.

“All I wanted was a seat so I could eat my bowl of noodles,” he recalled. “It is a public place and there is free seating. I was polite and courteous. I didn’t want any trouble.

“I felt disgusted by what happened and I felt the man behaved in a very ungentlemanly manner by ramming me from behind,” Mr Ng said. “At least he should face me.”

He was not injured in the incident. The table in front of Mr Ng prevented him from falling over.

As for the “choping” culture here, Mr Ng feels it is “silly”, and actions like placing a tissue paper packet on a seat leave room for ambiguity. “People don’t know if someone else accidentally left the tissue paper behind or if they are even going to return to the seat they reserved.”

Now, Mr Ng wants to close the chapter. “If they are sincere and really regret their actions, then people will know. But if it is an act, people can also judge. Life is like that.”

He added: “This is a bad experience for me, but there are all kinds of people in the world. What has happened has happened, and I want it to be over now.”