Sea Games: From Cheers To Jeers As Young Lions Lost The Match After Giving Away A 1-0 Lead

Rilek1Corner > Singapuraku > Sea Games: From Cheers To Jeers As Young Lions Lost The Match After Giving Away A 1-0 Lead 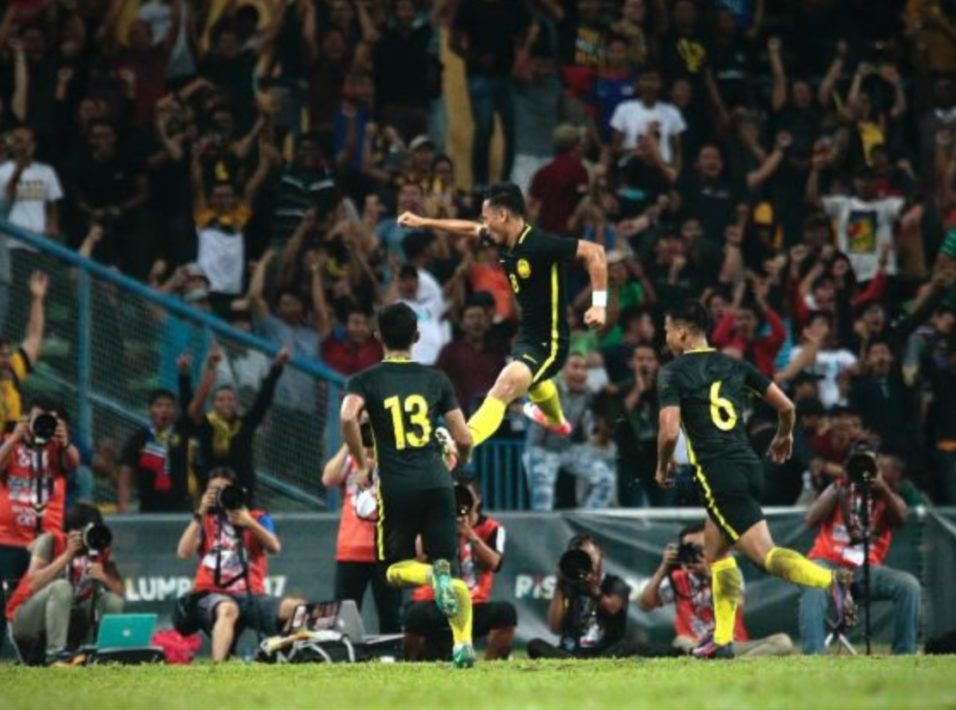 They were mercilessly jeered, heckled and taunted by a baying partisan crowd at the Shah Alam Stadium on Wednesday night (Aug 16).

But while they stood firm in the face of hostility for 45 minutes, the pressure of competing in such an atmosphere proved too much for Singapore’s national under-22 football team in the end as they gave away a 1-0 lead to eventually fall 2-1 to Malaysia in their second SEA Games Group A match.

The loss means that the Young Lions are stuck at the bottom of the five-team group with zero points. Malaysia are second, with six points, while Myanmar are top after beating Laos 3-1 last night.

Barring a miracle in the final two games — which would require Malaysia or Myanmar to lose their final two games, and Singapore to go on a scoring spree against Laos and Brunei — the Republic will crash out at the group stage for the second Games in a row.

As national coach Richard Tardy noted wryly after the game: “Physically we lost the game. In the first-half, our possesion was good, we were in control against Malaysia. We created some chances and managed to score. After one hour, the problem started, and at this kind of level, it’ll be difficult.

“Physically we disappeared. We gave the possibility to Malaysia to approach the box, they equalised with a nice goal. The second goal was a little lucky because we made a mistake.

“Now we must play to win the next two games because we are the national team. We knew that we needed a win today in order to stand a realistic chance of going through. Now we have a five percent chance of progressing to the next round. We must be realistic.”

Following their 2-0 defeat to Myanmar in their opening game on Monday, the Young Lions knew that they had to avoid defeat while a win would give them a chance of advancing from the group.

With that in mind,Singapore threw caution to the wind and began attacking the Malaysians right from the kick-off.

It took just five minutes for Singapore to test Malaysian goalkeeper Haziq Nadzli, who had to be alert to gather Muhelmy Suhaimi’s long-range drive.

The impressive Hami Syahin, a livewire in the final third the entire game, was the next to come close to breaking the deadlock in the 18th minute as he embarked on a storming run down the right which took him past two defenders, before firing a fierce shot from a tight angle at Haziq.

While Malaysia enjoyed more possession, it was Singapore who created the better chances and they were eventually rewarded in the 38th minute. After winning the ball up the pitch, Hami played a quick pass to Ikhsan Fandi, who laid it off for Amiruldin Nodin to fire a stunning 20m strike into the top corner of the net.

Unfortunately, that also seemed to stir the Malaysians out of their stupor and they fashioned their first real goalscoring opportunity on the stroke of half-time when Safawi Rasid’s 25m free-kick rocked the crossbar.

Perhaps it was the pressure of holding on to the lead but things began going downhill for the Young Lions in the second half as Malaysia, backed by their vociferous home crowd, turned on the pressure.

Singapore were eventually punished for their carelessness in the 68th minute, when substitute Azam Azih took advantage of some slack defending by the Singapore defence to rifle a shot from outside the box into the bottom corner of the net.

This time, it was striker Thanabalan Nadarajah, another Malaysian substitute, who did the damage, as he slotted the ball home from close range after a lucky deflection found him in the box.

But it was all for nothing, as Malaysia hung on to secure a crucial victory and condemn their arch-rivals to a likely early exit from the tournament.

Despite the defeat, Tardy refused to believe that there is a huge gap between Singapore and Malaysia and Myanmar.

“I cannot say that we are no longer at the level of other Asean nations. If you see how we perform, we played well but couldn’t score. During one hour, we managed to challenge Malaysia,” said the 67-year-old Frenchman who led the Rwanda U-17 team to the 2011 Fifa U-17 World Cup in 2011.

“We are not so far between Myanmar and Malaysia. I believe in this team and these players, but this is football. You try to do your best, but today, we are very disappointed because we felt we could get a good result, but it was too difficult for my players.”

But Malaysia coach Ong Kim Swee observed: “Singapore is like a wounded lion. They needed a win. When they scored, they were very joyful.

“But unfortunately, it was not long enough. We showed them we had more character.”