Diabetes In Singapore: Here Are Facts Based On What The Government Has Documented

Rilek1Corner > Singapuraku > Diabetes In Singapore: Here Are Facts Based On What The Government Has Documented 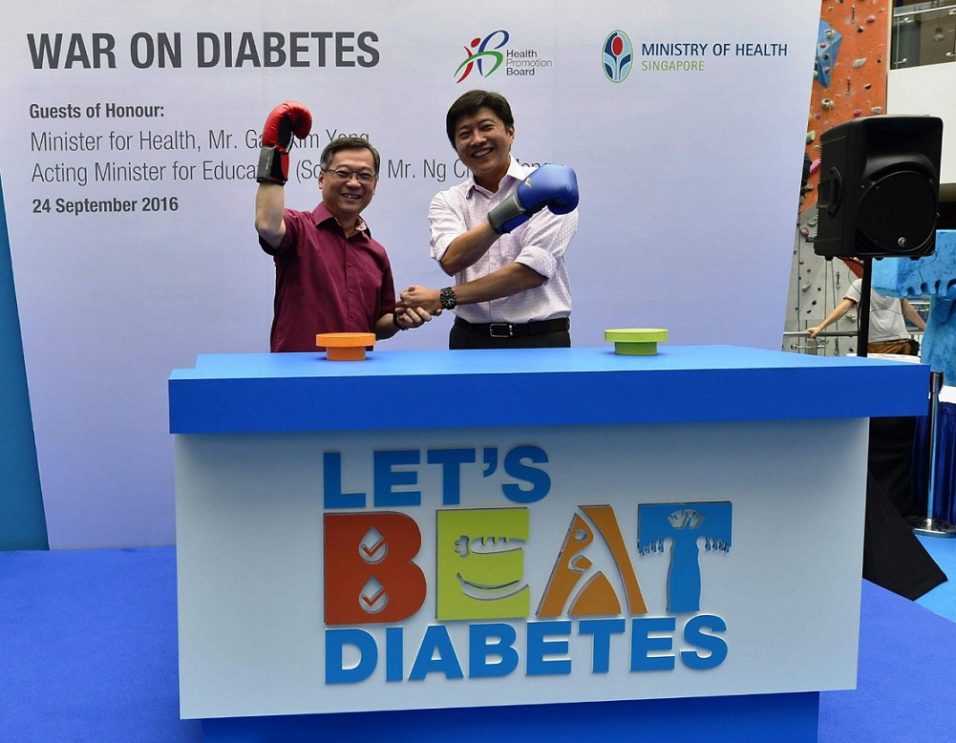 DIABETES IN SINGAPORE – AS REPORTED & DOCUMENTED

Following up from my last post (Thanks everyone for the colourful comments! It was a cracker to read! Didn’t think such a post would have gathered such traction), here are the facts based on what the government has documented.

‘The majority of adults with self-reported diabetes were men (53.3%) and almost two-thirds (65.2%) were Chinese. More than three-quarters (81.2%) had an educational level of secondary/GCE O/N level and below. Slightly more than half (54.8%) were not working. One-quarter (26.3%) of these self reported diabetic adults resided in HDB 1-3 room flats.

The mean age of onset of diabetes reported by these diabetic adults was 50 years old. The mean duration of diabetics reported was 11 years. Four in five (80.9%) were currently on oral hypoglycemic agents.’

‘One in five (19.3%) of the adults with self-reported diabetes were obese.’

‘Almost two-thirds (65.3%) of the adults with self-reported diabetes did not participate in any physical activity during leisure time, compared with 48.3% of the general population.

Okay, so why did diabetes made it to NDR 2017? This is probably why.

‘The Ministry of Health (MOH) has declared war on diabetes to stem a healthcare threat that is costing the Government more than $1 billion annually.

This figure could rise to $2.5 billion in 2050 after taking into account both medical costs as well as indirect costs such as loss of productivity and premature mortality.’

So much so that a ‘Diabetes Prevention & Care Task Force’ has been setup.

Since diabetes is primarily a self-managed condition, what can we do especially if you are prone to it?

As a person who is prone to diabetes based on family condition, I am also particularly concerned and worried about my own health. So, for the past year I’ve been tracking my health status using a simple mobile app available on both Android and Apple, Tactio Health.

Hopefully this will be helpful for you as well. Diabetes is a sucker of an illness. My late grandmother suffered from it, my dad is keeping it under control and I certainly hope that I can manage by staying healthy through regular exercise and eating healthy.

But I admit that eating healthy isn’t easy in Singapore, I find myself eating fast food more often than I should. But I guess, that’s how life in Singapore is. We’re so busy working trying to make ends meet that we don’t have enough time to exercise and if we do have time, we would rather spend it with our family members.

Perhaps, we can incorporate exercise as part of family activities and hopefully, we can keep diabetes under control, one family at a time.