How Singapore Elected A President Without A Vote: Only One Eligible Candidate Thus Victorious By Default

Rilek1Corner > Singapuraku > How Singapore Elected A President Without A Vote: Only One Eligible Candidate Thus Victorious By Default 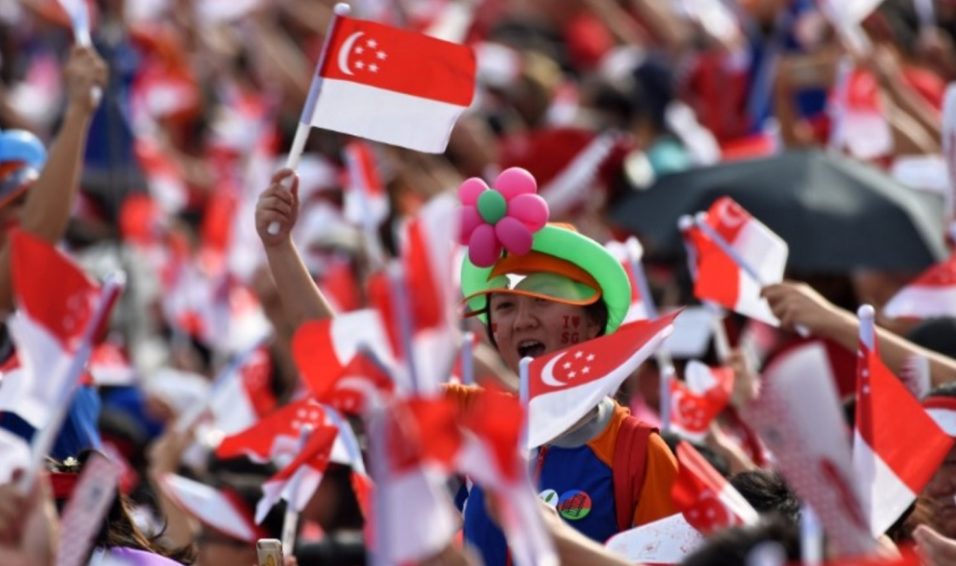 Singaporeans were meant to go to the polls at the end of next week to vote for a new president, but they’ll no longer have the chance, with only one candidate qualifying for the race. Former Speaker of Parliament Halimah Yacob has emerged victorious by default, after other presidential hopefuls fell foul of new rules.

“I can only say that I promise to do the best that I can to serve the people of Singapore and that doesn’t change whether there is an election or no election,” she told reporters Monday. What should be a moment of celebration — Halimah will be Singapore’s first female president — has proved contentious for several reasons and appears at odds with Singapore’s reputation as a technocratic and efficient city state. While the office of president is largely a ceremonial role in Singapore, he or she has power to veto some of the government’s decisions, for example in fiscal matters that touch on the country’s reserves, or key appointments in the public service. “The only beneficiaries from this reserved presidential election are Halimah Yacob and her team, as well as Singapore’s opposition, which now has a new line of attack against the PAP (People’s Action Party). The rest of Singapore has suffered,” Sudhir Vadaketh, a Singapore author and commentator, told CNN. Halimah was, until recently, a loyal member of the ruling PAP, which dominates Singaporean politics.
“All Singaporeans are unhappy that meritocracy and electoral fairness, core Singaporean values, have been eroded to fulfill perceived political goals.”

Racial politics
In this election, for the first time, candidates to become Singapore’s president could only come from one racial group: Malays. It’s a radical policy that would likely prove divisive elsewhere but it’s one the Southeast Asian nation said was necessary to ensure better representation among the country’s three main races: Chinese, Indian and Malay.
“It shows we don’t only talk about multi-racialism, but we talk about it in the context of meritocracy or opportunities for everyone, and we actually practice it,” Halimah told The Straits Times newspaper, before declaring her intention to contest the election.

The new rules also set stricter criteria on the background of candidates. For example, those from the private sector are required to be a chief executive of a company, with at least $370 million in shareholders’ equity. The two other Malay presidential hopefuls — businessmen Salleh Marican and Farid Khan — failed to gain Certificates of Eligibility from the Presidential Elections Committee on these grounds, although the Presidential Elections Committee could have exercised its discretion to allow them to run for the office. Critics charge that the new rules are a way for the government to stage-manage the election and prevent opponents from running.

In August, Singapore’s appeal court ruled against a legal challenge to the new system by ruling party lawmaker turned critic, Tan Cheng Bock. Tan had narrowly lost the previous presidential election in 2011 to Tony Tan, a former deputy prime minister widely recognized as the government-favored candidate, and planned to run again. Singapore’s population is 74% Chinese, 13% Malay, 9% Indian and 3.2% are the ambiguously named “Others.”

New rules
The announcement late Monday by the Elections Department that only one candidate had qualified marks an underwhelming conclusion to a controversial election carried out under changes to the elected presidency system in Singapore voted through Parliament earlier this year. Specifically, the amendment states that an election will be reserved for candidates from a particular racial group if the previous five elections have not produced a president from that racial group. In Singapore, it’s dubbed a “hiatus-triggered model.”

“Every citizen, Chinese, Malay, Indian or some other race, should know that someone of his community can become President, and in fact from time to time, does become President,” said Lee Hsien Loong, Singapore’s prime minister, last November before the new rule was introduced. Singapore hasn’t had a Malay president since the country’s first President Yusof Ishak, who served as head of state from 1965 to 1970. Subsequent presidents have been from the Eurasian, Chinese and Indian communities.

Debate
The election has also triggered debate on who is Malay and raised questions over how an individual’s race can be determined. Candidates were required to be assessed by a five-member community panel to certify their race as Malay as part of the qualifying criteria. Halimah, who has successfully stood as a Malay candidate in previous general elections, is reported to have an Indian father. Moreover, Salleh Marican also has an Indian father, while Farid Khan’s identity card lists his race as “Pakistani,” the government-controlled Straits Times reported. What’s more, critics point out that, if the goal really was to improve racial representation and justice, more meaningful measures could be adopted.

The Chinese form the majority in Singapore and often dominate in positions of power and influence. Singapore’s prime minister has always been Chinese, and it was only in 2015 that the country finally had more than one Malay minister in the Cabinet at one time. The Malay community typically have lower incomes and grapple with institutional discrimination, such as in the armed forces.

“While reserving the presidential elections for only Malays is a highly symbolic gesture, there is a need to do more for concrete issues faced by the Malay community such as discrimination, lack of social mobility and relative poverty,” lawyer Fadli Fawzi told CNN. “I think that it is more important to focus on removing barriers and improving the lot of the man on the street rather than reserving slots for one or two individuals.”

Speaking at a forum on Friday, Chan Chun Sing, a minister in the Prime Minister’s Office, acknowledged the unpopularity of the new system, saying that it would be a “hard journey” to convince Singaporeans that the change was necessary. He denied accusations that the amendments were made for political gain. “We are prepared to pay the political price, because we think the future of our country is much more important than any political capital that we may have,” he said.