Commentary: Why Are Some Malays Proud Of The Outcome Of A Clearly Tainted Process? What Are We Exactly Proud Of?

Rilek1Corner > Singapuraku > Commentary: Why Are Some Malays Proud Of The Outcome Of A Clearly Tainted Process? What Are We Exactly Proud Of? 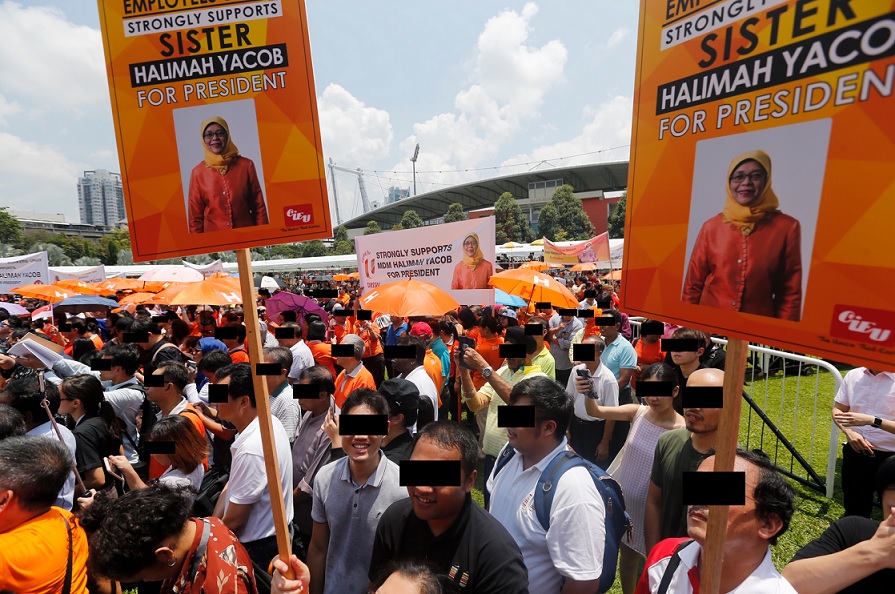 It troubles me that some segments in the Malay community celebrate President Halimah’s selection as a victory for the Malays.

What are we exactly proud of?

Yes, Madam Halimah is a good person – I will readily admit to this. But to me, the process is of equal, if not greater importance.

Here, a Malay president was installed only because it was a reserved election. And there was no election – because there was only one candidate who was deemed to be qualified.

There was no level playing field.

And so a good person, President Halimah, is tainted by a faulty process.

The reserved presidential (non)-election has only brought about resentment and controversy (even as admitted by GCT and Tharman).

And so, why are some Malays proud of the outcome of a clearly tainted process?

Some Malays even suggest that those who are critical of the process leading to President Halimah’s selection as being racists, or motivated by purported political reasons.

This is grossly misplaced. Singaporeans are entitled to feel upset. Even GCT and Tharman think so!

In fact, a lot of Malays who are able to think critically are upset. Because now the perception that the community relies on a crutch is made stronger.

But some Malays feel proud and stoutly defend a tainted process.

Alas, this only serves to create discomfort on the part of other communities.

We have become a community that not only relies on an affirmative action process, but now stoutly defend it.

As if our existence and pride depends on it. Some even justify it on the basis that we have not had a President for 47 years.

But if it not ours by merit, why take it?

We conveniently forget our sacroscant principle of meritocracy.

We choose to choose the easy way out and feel entitled instead.

But where is our maruah as a community?

It is hard to see any winners in this controversial (non)-election.

If the concept of a presidential election has been divisive since its introduction, the eventual result of the election has only deepened those fissures.