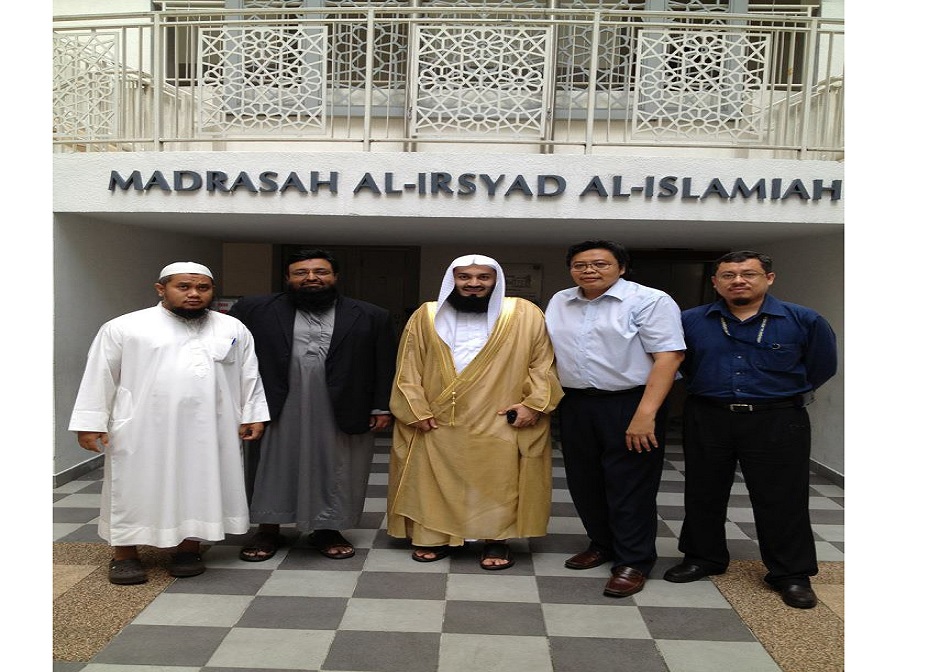 I have told myself to avoid commenting on specifics with regards to Islam in my posting but the recent resurfacing of the ban on Mufti Menk made me decide to do otherwise.

I have personally met Mufti Menk when he visited and spoke in Singapore before. Personally i have never heard him prior to that chanced meeting although i have heard about him from others. He paid an unplanned visit to Irsyad while i was still working there. He was all praise for Singapore then. In fact he gave some advice to us to be grateful for having our Government. In his opinion the Government is just and have the people’s interest in mind. He was most impressed liked many visitors do of our physical landscape, its upkeep and cleanliness. These things he commented are more reflective of the real Islamic values being lived by collectively here and that most Muslim countries sadly failed miserably from doing likewise.

I was told by friends that his banning was supposedly driven by some minority Muslim groups who seemed more interested to demonise him for their own personal sectarian interest rather than about the issue of wishing Christians Merry Christmas during Christmas. That was just a convenient alibi.

It is really sad the the Government resorted to banning a well known popular Islamic preacher like Mufti Menk that i can confidently say majority Muslims in Singapore admired with his beautiful eloquent English language and respectful tolerant preaching, which many non-Muslim too who attended his talks can testify. By the way, his event here in Singapore was very well attended.

From what i heard, his advised to Muslims is misunderstood, as we may not want to only wish our Christian friends, neighbours, colleagues, etc., using the words Merry Christmas. This is because the celebration of Christmas for believing Christians is closely associated to the concept of the birth of the Christian deity (God) in the person of Christ which unfortunately goes against the way we Muslim accepts Jesus, only as one of the mightiest Prophets of God.

Having said this, we are most certainly encouraged to shower best wishes, gifts, etc., of all other kinds and in many more other acceptable ways on that Day to Christians if we chose to do so. I believe any Christian would fully understand, appreciate and not demand of Muslims to only wish them Merry Christmas just as it would be wrong of Muslims to demand non-Muslims to recite the supplication we do for one another invoking the name of Allah on Hari Raya.

Finally, we must learn to understand and tolerate differences as ultimately fundamental differences between religions do exist just as there are similarities that we would rather talk about. All these are done in the true spirit of respect towards each others freedom and choice of religion. This respect towards other religion is fundamental for Muslims as in Islam there is no compulsion in religion and religious diversity is recognized and we are demanded not to say or act towards other believes disrespectfully.

With regards to the matter of wishing one another on our own religious holy day, we should be more understanding and tolerant towards those who chooses to just wish us well or the best of health and spirit on that day or even those who chooses to remain silent, and able to live and let live rather than demand of one another to wish only as a believing devotee would.

May our Government reconsider the ban on Mufti Menk after seeking clearer informations and insights or even having a dialogue with him. May wisdom and reason prevail over shallow thinking and misguided parochial advise.