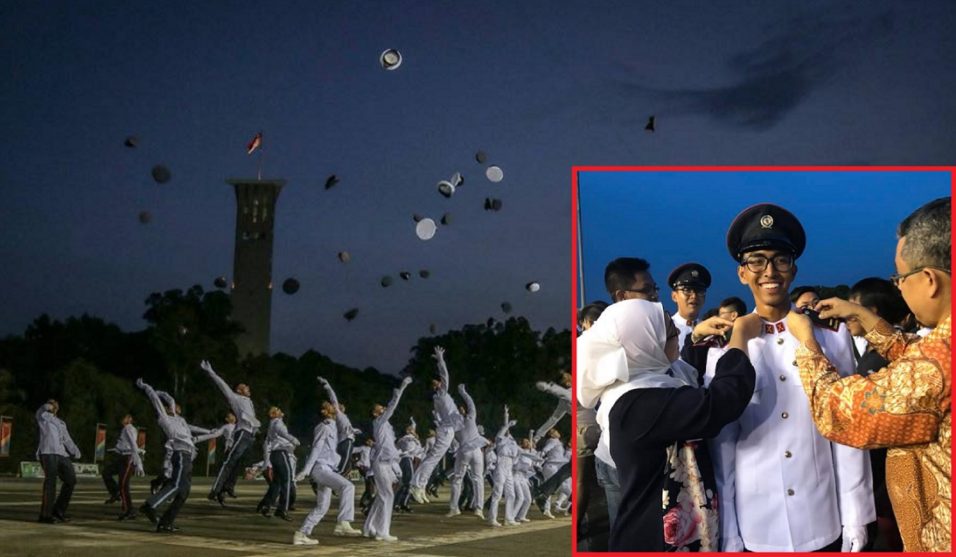 Those were the words uttered to me during my son’s orientation at the beginning of his Officer cadet course almost 10 months ago. Testimony of the effective discriminatory practise embedded for more than 50 years against Malays in the SAF.

Malays are loyal and trustworthy like all Singaporeans to don the colours of any Arms of the SAF, ever willing to lay our life for this land we are indigenous to. We proved ourselves as a race when 153 malay regiment soldiers sacrificed their lives in defence of Singapore at Bukit Chandu, in February 1942, against the Japanese invaders. Their heroism are etched permanently into the memory of the Japanese army and the Colonial authority that surrendered Malaya to the Japs.

The Malays have patiently waited and trusted that this collective discrimination on their race will go away one day as promised to them by PAP leaders behind closed door. 50 years on and the situation has not changed except for mere tokenism to feature on occasional pages of the local press or some magazine covers. We have even tolerated the indignation of watching glittering TV ads promoting careers in the Navy etc., knowing fully well that we don’t qualify just because of the colour of our skin.

This policy of restricting Malays in the SAF has indoctrinated in the minds of other races, the unspoken fallacy that Malays are disloyal and cannot be trusted. Infecting every male serving citizen’s mind during 2 years of full-time national service and later for many more years during reservist, inevitably spilling into the wider society too. This vicious poison of distrust towards the Malays, sown in the minds of the people for more than 50 years must end.

This discriminatory practise towards Malays lies deep in the hypocrisy of PAP leaders who imposed these policies while preaching meritocracy and practising so-called deceptive affirmative actions selectively when it suits their political interest. Think GRC, HDB race quota, Malay President fiasco, etc. This whole policy and mindset originating from the PAP are the root cause of this discrimination.

Singaporeans of all races can end this discriminatory policies that has remained as vestiges of our colonial past. We must revive the vision championed by our brave true anti-colonial heroes who are Chinese, Malays, Indians and Eurasians. They suffered their lives to rid this country off the racist colonial policies of the past, so that we can practice and give equal spaces for all citizens regardless of our individual ethnicity and creed. And to consider celebrating Stamford Raffles and his so-called legacy, is a blatant gross affront and a betrayal of the real spirit of the struggles and sacrifices of our founding fathers.

A proud moment for Fuad and parents as we put his officer rank onto his uniform. A proud and honourable Infantry Officer.

Today, my son, together with his peers are commissioned as Officers of the Singapore Armed Forces (SAF). Each one of them has earned his or her One Bar through their grit and hard work to be proudly bestowed the dignified role of Officers, leading men and women of the SAF in defending this nation, the Constitution of our Republic and the President. As fellow parents witnessing their Commissioning parade today, we are proud of having our sons and daughters standing in service for our Country and her idealism of a Just and Equal society we all want and love.

Together, we can and must rebuilt our Nation’s true vision embodied in the colours and symbols on our Flag that we have neglected. To strive and struggle to leave a truly worthy legacy to our next generation, of a country united as one, where all races respect one another equally, instead of allowing ourselves to be divided and exploited by race for unjust self-serving political ends. The discrimination of Malays in the SAF must cease.