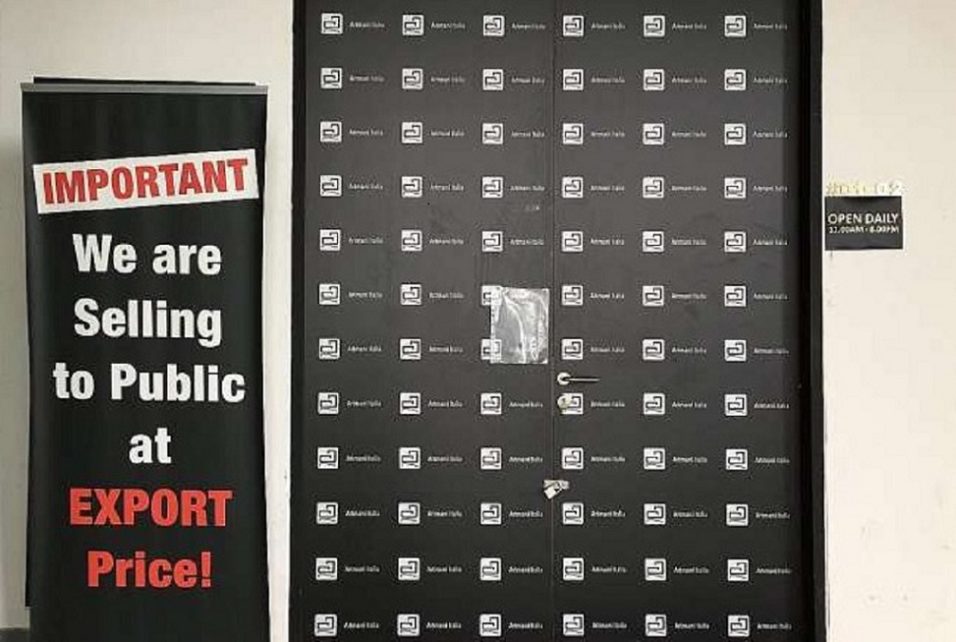 Ms Teo, an associate director of a recruitment agency, was hoping that a two-seater leather sofa she bought would be the centrepiece of her new home, after she moves in soon after Chinese New Year.

But she is now missing a sofa, and is $3,000 poorer. She had paid furniture company Artmani Italia in two instalments – one last July and the other two weeks ago – and the firm promised to deliver the sofa to her flat in Boon Keng in early February.

But Artmani Italia is believed to have shut down, leaving Ms Teo and about 50 others in the lurch. These customers, part of a WhatsApp group, are owed around $65,000 worth of furniture, and they have lodged police reports.

When The Straits Times visited Artmani Italia’s premises in an industrial building off Hougang yesterday, the firm’s showroom doors were locked.

At another two units listed under the firm’s name, letters from the landlord were pasted on the front doors, stating that no one was allowed access to the units with effect from Jan 18, unless authorised to do so.

Others who work in the building saw movers loading furniture from the showroom onto a lorry.

Attempts to reach the company were unsuccessful.

One possible avenue for redress for the likes of Ms Teo is to file a claim with the Small Claims Tribunals. For now, she has bought another sofa from another company, with delivery expected in March.

She still finds it hard to believe that she and her husband could have lost money like this.