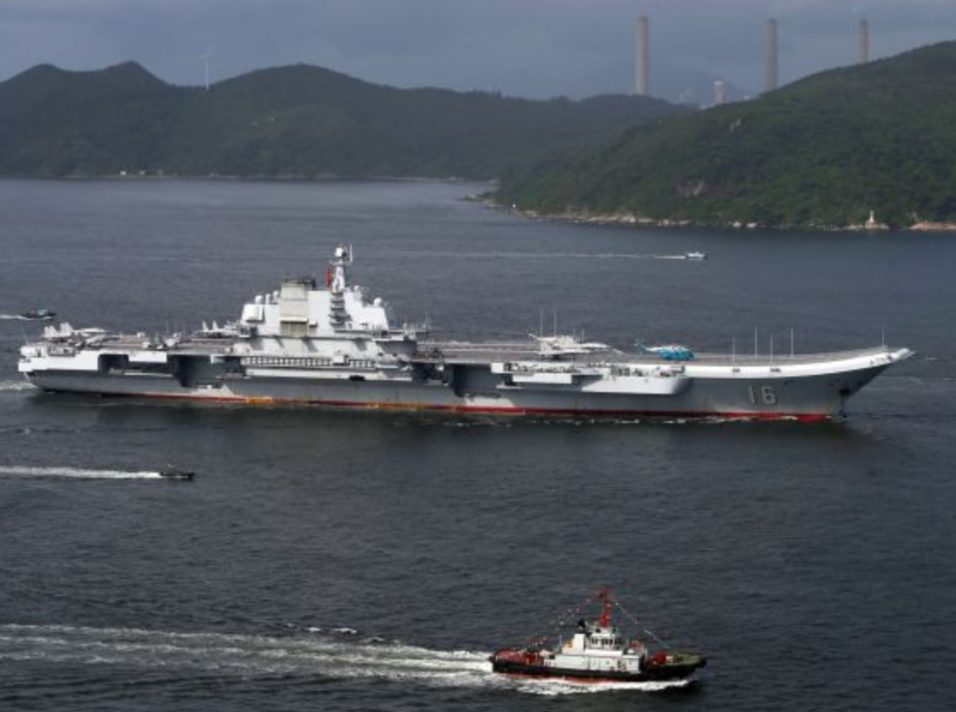 Last weekend, China is opened up its aircraft carrier Liaoning to the public for the first time. The ship arrived in Hong Kong on Friday (July 7), accompanied by two destroyers and a frigate. Only 2,000 tickets for the tour at the weekend were handed out, leaving many who had lined up for hours disappointed. But for the lucky few, the visit is a peek into a highly specialised community, one that works, eats and sleeps together in a maze of hallways and rooms, surrounded by some of the most sophisticated technology and weapons in the Chinese military.

There are more than 3,800 rooms in the ship, including ones for sleeping, eating, exercise and laundry. There’s also the mess hall and even a store, where sailors can buy snacks and everyday items. For security reasons, every sailor carries a photo ID, which must be swiped to enter areas. Access is restricted according to a sailor’s assigned department. Men and women live apart, and fingerprint scanners restrict entry to the women’s quarters. Most sailors are given single beds about 1m wide and 2m long.

With nearly 20 ethnic minorities on board, it’s varied. The ship’s crew eat in 10 cafeterias, including ones specially designed for Muslims. They are offered four appetisers, six main courses and two desserts, going through two to three tons of food per day. When the crew really need to stretch out, the flight deck is turned into a makeshift soccer pitch. There is also an annual basketball competition, with 15 teams competing.

The Chinese Navy can accept 20 ethnic minorities. The RSN cannot even accept one because its ships don’t have halal kitchens. Which one is more inclusive? Hendak seribu daya, tak nak seribu daleh kan. They won’t be ‘losing face’ so to say if they employ a handful of Malays on board because everyone knows that Malays are just a small group in Singapore. We are the minorities and that perhaps may not be changing anytime soon.

What if food was not the issue here since there are halal combat ration already available in SAF. Are they still questioning our loyalty? Still having doubts in Malays in Singapore? Maliki Osman dan Yacoob Ibrahim diam ke tentang isu ini?

What are your thoughts?