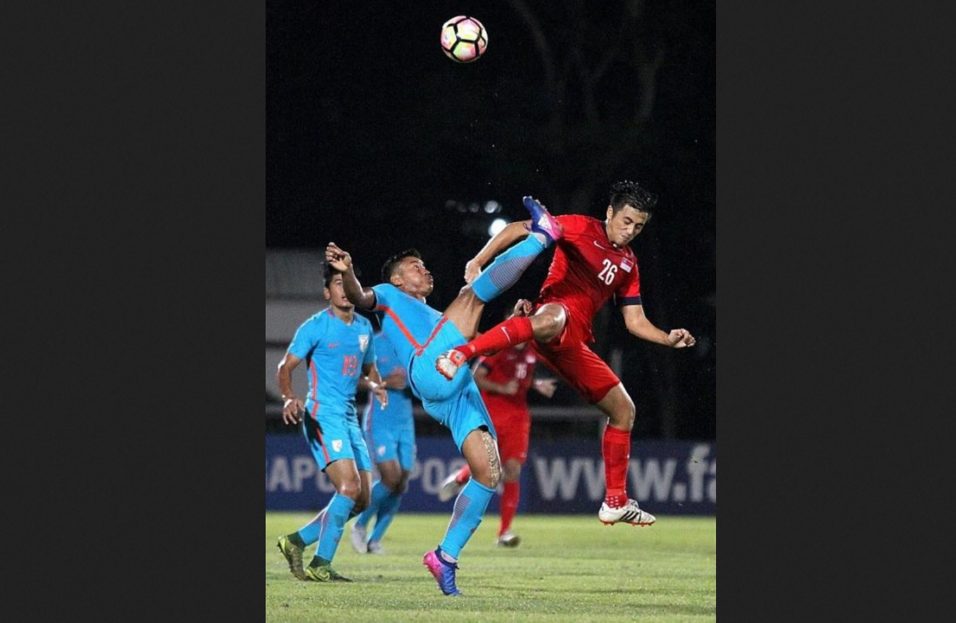 A penalty by Ikhsan Fandi helped the Singapore Under-23 national team claim a 1-0 win against their India counterparts in a friendly at Choa Chu Kang Stadium on Wednesday night.

The result is a morale-booster for Richard Tardy’s charges before they depart for the AFC U23 Championship qualifiers next week, and it was achieved without injured key players Irfan Fandi and Adam Swandi.

The Young Lions put up a starkly improved performance compared to a 1-0 defeat to the same opponents on Sunday, and could have scored as early as the seventh minute.

Haiqal Pashia Anugurah went through on goal, via Hami Syahin’s pass, but the left winger’s goalbound shot was cleared off the line.

The Young Lions created another good opening midway through the first half. Haiqal sent Ikhsan in the clear, but the latter was superbly closed down by India goalkeeper Vishal Kaith.

Singapore could have broken the deadlock six minutes before half-time, but Ikhsan’s 25-yard free kick sailed wide of the left-hand post.

The Young Lions earned a penalty in the 51st minute with substitute Syahrul Sazali being felled illegally in the box.

Ikhsan, second son of Singapore legend Fandi Ahmad, stepped up and slammed the resulting spot kick in off the bar to put the home side 1-0 up.

Tardy’s charges could have doubled their advantage seven minutes later. However, captain Illyas Lee’s spectacular volley from outside the area went inches wide.

Singapore’s intensity dropped towards the end with India almost finding an equaliser on 76 minutes.

Manvir’s fierce snapshot from inside the area seemed destined for the bottom right corner, before Singapore substitute goalkeeper Hairul Syirhan pulled off a stunning save to tip it around the post.

The Young Lions’ 1-0 win bodes well for the upcoming AFC U23 Championship qualifers in Mynamr and next month’s Southeast Asian (SEA) Games in Kuala Lumpur.