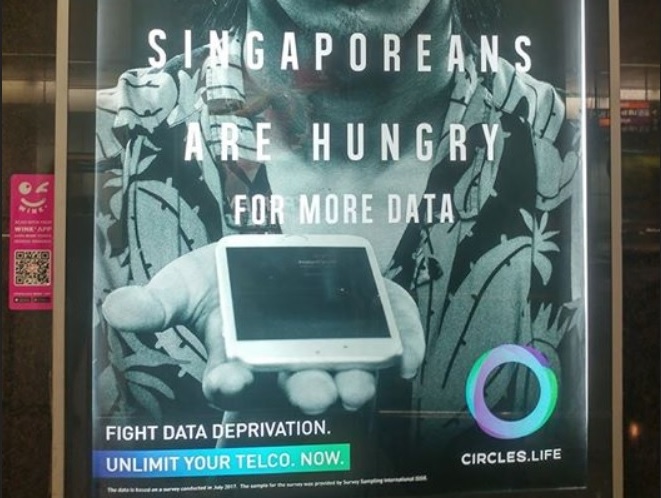 Just saw this horrible ad at Dhoby Ghaut MRT ( there were 2 other equally horrible ones, but there were people resting on them and I did not want to intrude on their privacy with my anger by taking photos). Anyways I was so so pissed that I sent a message via FB messenger to their customer service representative. Received a reply that my concerns will be forwarded but I think it’s just standard speak for ok oversensitive member of the public we hear you k thanks bye. Posting my rant in full so that those of you (especially Circles.Life users) can also send them a message and get this terribly dismissive and reductionist ad campaign that makes fun of poverty!!!! taken down.

“I saw this at Dhoby Ghaut MRT and I would just like to state my extreme displeasure at the insensitivity of this ad! I’m flabbergasted that no one flagged this as a terrible idea. Yes, not having enough data is a problem, but to liken it to issues of global poverty which people actually die from? I mean guys seriously way to be insensitive and dismissive of a real global problem, especially when juxtaposed with what can clearly be seen as a first world problem. I understand that you’re just a frontline officer and this was most probably created by an ad agency and okay-ed by your bosses. But seriously can we take it down please? I am just so horrified and shocked by this! Who do I reach out to??”

The ad in question: 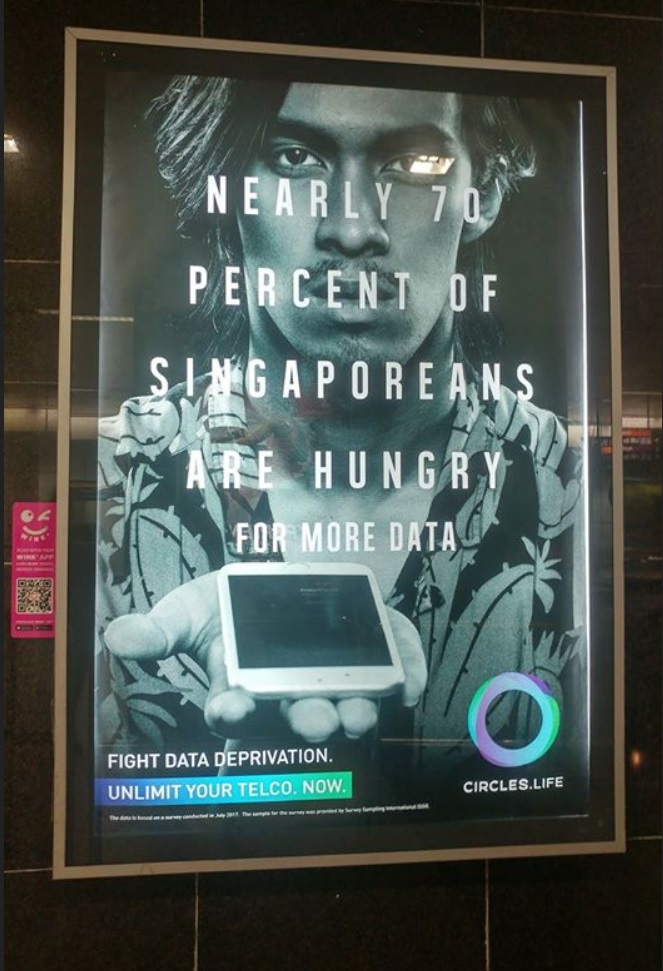