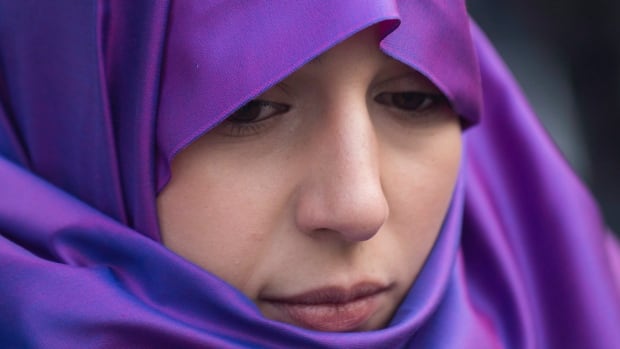 I have considered for a very long time before writing this. It is personal and extremely controversial especially at this moment but I just want to share my story. While writing this brief life story, please do not judge me for my action.

I am a Muslimah and I want to take off my Hijab. I have been thinking about this for years.

I started wearing the Hijab when I was still in my early teens. A few of my best friends had been talking about it because there were very few people around us were doing it. We thought that it would be unique and we will be taken noticed by people. Being young, we soon decided to do it. After toying with the idea for weeks, I went to my friend’s house for a visit after school one day and it was then that she decided to dressed up and put on a Hijab. I decided to do it too and borrowed a Hijab from her. We left the house feeling extremely proud of ourselves. I felt so excited about wearing it unaware of the consequences more so when close friends were also wearing it.

I went home that day and told my family of my decision to wear the Hijab. My father was surprised but felt that I was not ready due to my tender age but my mom was indifferent about the issue. There were those who asked if I was mad but I had do it. My close friends were wearing it and I didn’t want to be an outcast. Eventually, my father relented. I was so happy and I was busy matching my clothes with a pretty headscarves. There were people who called me stylish and pretty. I saw it as a major way of getting compliments and I realised I could get boys’ attention easily. Sadly, I didn’t do it for Islam or Allah and I sure didn’t understand the real reason behind the Hijab. I just wanted to be different from most other girls. It felt I was celebrated when I don the Hijab, I received so much flattery and encouragement that I felt that it was just the right thing to do.

As any teenager, I faced the usual highs and lows of teenage life. Although Hijab was not a hindrance to my life but I am unsure if it was the right decision then. At first, it was like good. The attire kept away evil eyes and give people the modest impression. It enabled me to get the attention from boys that I fancy and I was still able to go out as normal with the boys. After a short few years, I started considering removing the Hijab. I felt unattractive, boring and restricted by the way how people perceived I should behave. It was not that I wanted to behave slutty or whatsoever but I just felt so bounded by the society. I cannot be myself. I cannot be the noisy, happy, funny girl when I’m at home. I felt that I was losing my sense of individuality and identity. I felt just like one of the girls. I began to dislike leaving the house. I felt ugly but after wearing it for years, I have no real reasons to remove it. I felt that there was pressure as people around me will start questioning me if I remove it. I felt an immense pressure to conform. Even when I leave the house, I walk with my head down and my eye fixed on the ground. I lost my self confidence and constantly feeling unsure of myself. I really have no intention to do anything haraam and I dress very modestly.

I worked hard in school but I realised I started to have very low self-esteem. It was only later that I realised some Muslimah are hypocritical. There were those who wear the Hijab but with really tight clothing showing their figure. There were also those who wear clothing that shows faint outline of their G-string or those who unbutton their top revealing a little cleavage. Just the other day, I even observed a man ogling at a non-Muslim girl in the presence of his wife who dons a Hijab. I now realised that I didn’t really doubt Allah. I was questioning the reality of Muslims nowadays. I want to remove all restrictions and relive, relearn, realise the true face of my religion without any feelings of suffocation. I know I could be despised by the society but I’m sure Allah will understand and eventually forgive. He knows deep down why I am doing this.

I had been having this continuous struggle for years and thinking of it every single day. The thoughts of removing off the Hijab are haunting me. If Islam is really about patience and merciful, I hope to eventually find peace with Allah but away from restrictions, especially the rules created by the society. All I want is to rediscover Islam without any frustrations and the freedom to differentiate what Allah told us to follow and what the community is currently doing. I know I will become close to Allah and truly understand the meaning of a true Muslimah.