Dr Tan Cheng Bock: In A Democracy, We Must Question, Exchange Ideas 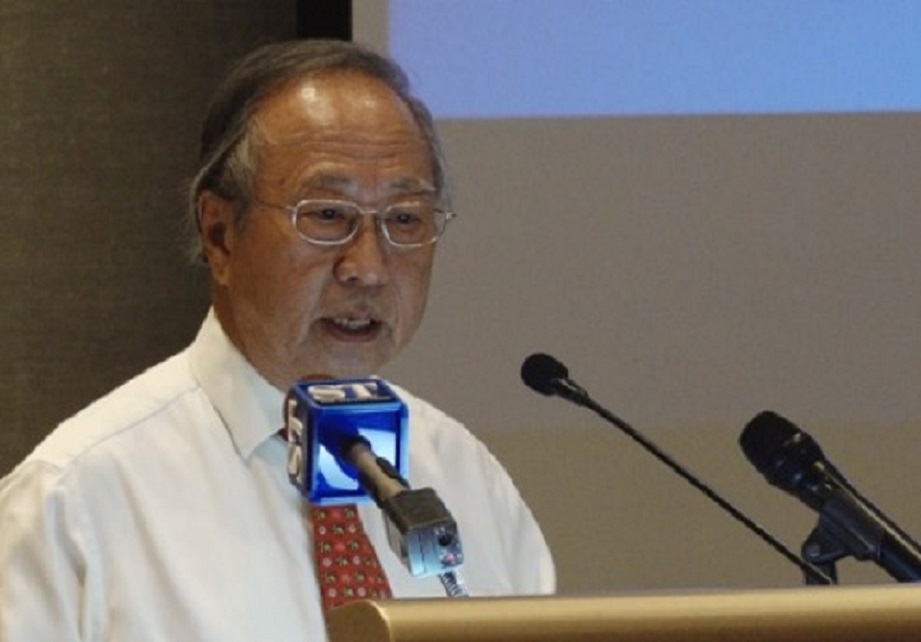 What is the definition of an Elected President? Does the government have the discretion to decide when to start a term count before a reserved election is triggered? And was the Attorney-General’s Chamber’s (AGC) advice to the Prime Minister on the reserved election a “mistake of law”?

The case was heard on Monday (31 July) in a packed gallery at the Court of Appeal before five judges: Chief Justice Sundaresh Menon, Judge of Appeal Judith Prakash, Judge of Appeal Steven Chong, Justice Chua Lee Ming and Justice Kannan Ramesh. Some 50 members of the public, many of them supporters of Tan, also waited outside the courtroom.

Tan and his wife Cecilia were both present. Aljunied Member of Parliament Sylvia Lim, whose name was referenced several times during the hearing, was spotted in the gallery, along with former National Solidarity Party chief Lim Tean.

This year’s presidential election is reserved for Malay candidates, following constitutional amendments last year that reserves an election for a particular racial group that has not been represented in the office for five consecutive terms. The term count starts from the late Wee Kim Wee, according to the government, as he was the first to wield the powers of an Elected President.

Earlier this month during a High Court hearing on his legal challenge, Tan argued through his lawyer Chelva Retnam Rajah that the term count should start from the late Ong Teng Cheong as Wee was not elected by a popular vote. In rejecting his arguments, Justice Quentin Loh noted that the Constitution states that a President can be “any person for the time being exercising the functions of the office of the President”.

The High Court then also found that there is nothing in the text or textual context which limits Parliament’s power by requiring Parliament to start the term count from the term of office of a popularly elected President.

Rajah, who represented Tan again, argued his case against the ruling on three main points. Firstly, he maintained that Article 2 of the Constitution, which sets out the definition of the “president of Singapore”, refers only to an Elected President. The term count should therefore start with the late President Ong.

Secondly, President Wee’s second term in office was only chosen for the start of the term count because Parliament mistakenly thought he was an Elected President. Rajah pointed out that the “specific mischief” outlined in Article 19B(1) was to invoke a reserved election if a particular race had not been represented for five consecutive elections.

Thirdly, Parliament acted under a “mistake of law”, based on the advice of the AGC, which has not been publicly disclosed. Rajah noted Prime Minister Lee Hsien Loong’s speech to Parliament on 7 November last year, when Lee said, “We have taken the Attorney-General’s advice. We will start counting from the first President who exercised the powers of the Elected President, in other words, Dr Wee Kim Wee. That means we are now in the fifth term of the Elected Presidency.”

Rajah noted that during the parliamentary debate on amendments to the presidential election last November, Aljunied MP Sylvia Lim had prefaced her questions with a statement that the Attorney-General advised the PM to start the term count from President Wee, “no one corrected her, not even PM Lee”.

CJ Menon noted, “You’re saying (that) Parliament’s decision was repeatedly framed by the Attorney-General’s advice (and) predicated on legal advice which you contend is wrong.”

In response, Rajah quipped, “Your Honour has perhaps understood my argument better than I have.”

Proceedings were temporarily interrupted when Zeng Guoyuan, a would-be parliamentary candidate on multiple occasions, was escorted out of the gallery by a security officer after he continually interrupted the hearing with his remarks. “Don’t waste the court’s time,” he said, as he walked off.

Representing the government, Deputy Attorney-General Hri Kumar said, “There has been a narrative since this application was filed…that there has somehow been a re-writing of history…that Wee Kim Wee has been deemed an elected president. (But) no one said he was an elected president…the government had to start the count somewhere and it gave its reasons for starting with Wee Kim Wee.”

Kumar charged that Tan’s case was based on “staggering errors of fact, law and logic”. He stressed that Article 164, a transitional provision for Article 19B, gives Parliament “unfettered” discretion to decide when to start the term count and does not restrict it to popularly elected presidents.

Addressing Rajah’s claim that there had been a “mistake of law” following the Attorney-General’s advice on the reserved election, Kumar denied this. “The nature of the advice was not disclosed or even discussed in Parliament. The Prime Minister started the count from Wee Kim Wee not because he was an elected president, but because he exercised the powers of the Elected President. It was a policy decision.”

Judgement has been reserved in the case. It is not known when the Court of Appeal will make its decision known.

Speaking to reporters at the end of the hearing, Tan said, “It is not just acceptance (of the government’s decision), we must question it…If at the end, it is found we were wrong, then we accept it. That is what democracy is about: exchange of ideas.”

His wife Cecilia added, “If we are right, the government should accept it as well.”