PM Lee: Why Didn’t Malay Candidates Come Up In PE2011? Cause They Knew Non-Chinese Have No Chance

Rilek1Corner > Agama > PM Lee: Why Didn’t Malay Candidates Come Up In PE2011? Cause They Knew Non-Chinese Have No Chance 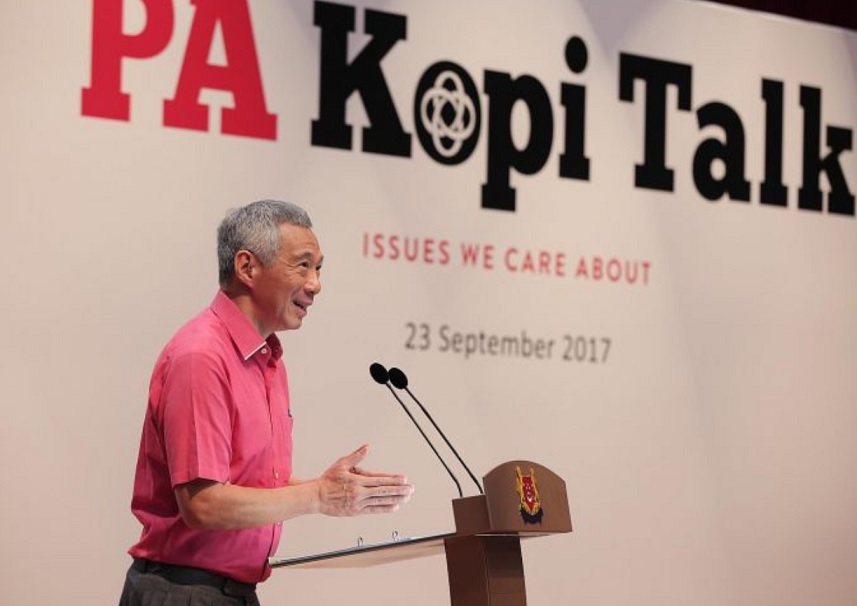 Prime Minister Lee Hsien Loong made it plain that he knew the reserved presidential election would be unpopular and would cause the ruling party to lose votes, but said it had to be done because it was the right thing to do.

Addressing the unhappiness over the election for the first time at a dialogue last Saturday (Sept 23), he said: “Did I know that this subject would be a difficult one? That it would be unpopular and would cost us votes? Yes, I knew. If I do not know that these are sensitive matters, I cannot be in politics.”

“But I did it, because I strongly believe, and still do, that this is the right thing to do,” he added.

The candid remarks were the first by the Prime Minister, since Madam Halimah Yacob was declared President in a walkover at the election reserved for Malay candidates.

PM Lee was speaking at a People’s Association Kopi Talk dialogue with about 500 grassroots leaders last Saturday, and the Prime Minister’s Office released an edited transcript on Friday (Sept 29).

During the dialogue, he spoke about race, multiracialism, terrorism and the elected presidency, and gave a stout defence of why constitutional changes were made to reserve elections for groups that have not held the presidency for some time.

Acknowledging that there was “some unhappiness” over the election, PM Lee said: “I can feel that; you don’t have to tell me.”

He noted that the Government had spent nearly two years preparing to make changes to the Constitution, and had discussed and debated the issue continually since he first raised the subject in January 2016 during the opening of Parliament.

“But it is only now that people are seized with it, after a reserved election in which only one candidate qualified,” he said.

PM Lee added that while some people think “we may be going backwards towards racial politics”, the reality “is the opposite”.

In fact, he said, ensuring that minorities are elected president from time to time will strengthen Singapore’s multiracial system.

The current state of affairs, where Singaporeans of different races and religions live in harmony, is not a given, he said.

“There is nothing natural about where we are – multiracial, multi-religious, tolerant and progressive. We made it happen, and we have got to protect it, nurture it, preserve it, and never break it.”

Referring to the recently-concluded reserved election, Mr Lee said that three Malay candidates had put themselves up for the presidency, of whom two did not qualify.

“But they came forward,” he added.

In the 2011 presidential election, there was not one Malay candidate, he noted.

“Was there a Malay candidate? Where were the Farid Khans and the Salleh Maricans? Why didn’t they come? It did not cross their minds? No. So why didn’t they come? Because they knew that in an open election – all things being equal – a non-Chinese candidate would have no chance,” he said.

Citing President Halimah, who said when she was sworn in that she looked forward to the day when reserved elections are no longer needed, Mr Lee said: “I too hope that we will eventually not need such a mechanism to ensure minority representation.”

But he said it would take time to work towards this ideal state.

“In climbing towards that ideal state, we need guide-ropes and guard-rails to help us get there and to prevent us from falling off along the way. The reserved election for the President is one such guard-rail,” he added.