4 Farms, 80,500 Graves In CCK Cemetery To Make Way For Expanded Tengah Air Base 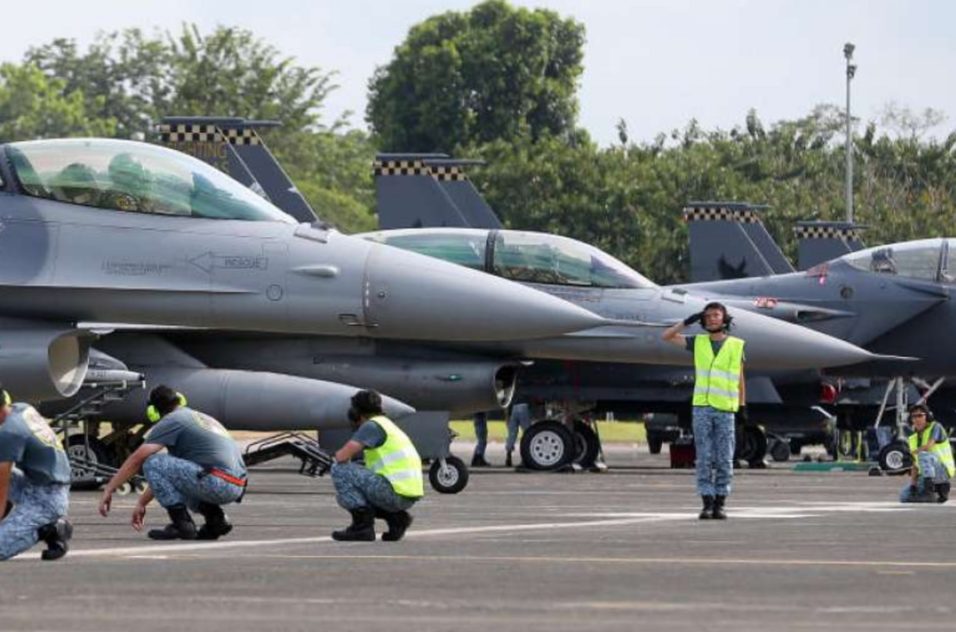 Three fish farms, one nursery and 80,500 graves in Choa Chu Kang cemetery will have to make way for an expanded Tengah Air Base, as part of plans to relocate the Paya Lebar Air Base from 2030.

These businesses, which are on 20-year leases originally slated to expire between 2027 and 2030, will now have to relocate by Jan 31, 2019. Compensation will be based on market value for the land on the date it is acquired, said the authorities.

Williton Orchids at 35 Murai Farmway will also not have its tendency renewed after it expires in June 2019.

These will be progressively exhumed as they meet the minimum burial period of 15 years, with the first 5,000 Muslim graves slated for exhumation from the fourth quarter of 2018. This will be followed by 45,000 Chinese graves to be exhumed from fourth quarter 2019.

Claims and registration for these graves — dated between 1955 and 1999 — will begin this September.

Notices for the remaining 500 Chinese graves and 30,000 Muslim graves will be issued at a later date, after they have met the 15-year burial period.

Costs of exhumation and cremation at the Choa Chu Kang crematorium (for Chinese graves) will be borne by the Government, but claimants will bear additional costs for performing additional rituals or placing the remains in private cemeteries.

The exhumed Muslim graves will be reinterred into another part of the cemetery, said the authorities.

These graves currently occupy about 100ha of land, while the farm plots gazetted for acquisition take up about 6.3ha.

Part of the 1.8km Lim Chu Kang Road, including a portion of the Heritage Road at its northern segment, will be re-aligned to facilitate the air base’s expansion.

“Agencies are studying the exact impact on the road, and possible mitigation strategies, which includes transplanting the trees to the new road,” said the Ministry of National Development, National Environment Agency and SLA in a joint press release on Tuesday.

The Defence Ministry’s military training premises in the area will also be affected, but the actual boundaries of the expanded air base are still being worked out, said the authorities.

Apart from Tengah Air Base, the Changi Airbase East will also be expanded to accommodate various assets and facilities to replace Paya Lebar Air Base.

The relocation of Paya Lebar Air Base was first announced by Prime Minister Lee Hsien Loong in his National Day Rally in 2013.

The move will free up a large 800ha area in Paya Lebar — an area bigger than Bishan or Ang Mo Kio — for new homes, offices, factories and parks, and also remove height restrictions on a large area around Paya Lebar, Mr Lee had said, adding that the full changes will take place 20 to 30 years later.

Owners of the affected farms and nursery told TODAY the news was unexpected and that they “needed time to process things”.

Mr Mac Teo, who manages his family’s business at Koon Lee, is concerned about the “uncertainty as to whether (they) can find a place to relocate (to)”. He has recently added new shelving and storage fixtures as part of a 10-year improvement plan for the nursery.

“We had felt secure because we thought there are 10 more years before our lease expires … The National Parks Board has not been able to share more information about new land available for tender. It is the uncertainty that is worrying,” said the 41-year-old.

The Teo family had sold their former residence to lease this plot for the 2ha nursery, and have been living in the nursery’s premises since 1987.

Over at Fisco Aquarium, which sells and exports ornamental fish, the elderly owner who declined to be named said the notice came “suddenly” and that they still “need time to process” the news and consider their next steps.

The Agri-Food and Veterinary Authority said it will tender new farm plots for food fish farming in October, while details on tenders for spaces for ornamental fish farms and nursery land will be shared by relevant authorities “once available”.